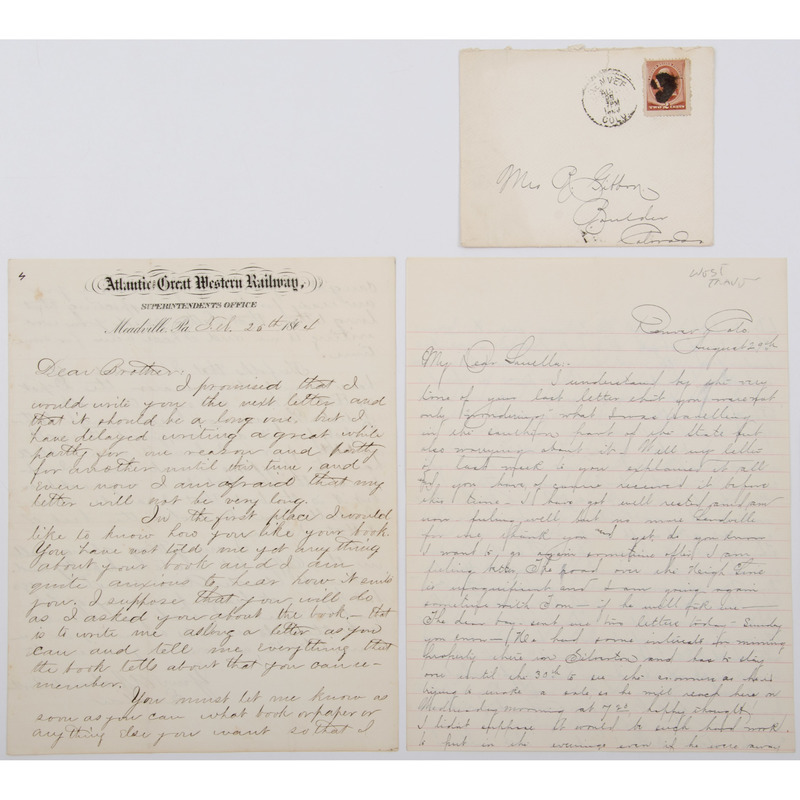 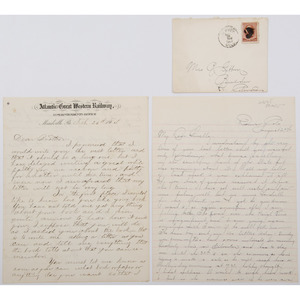 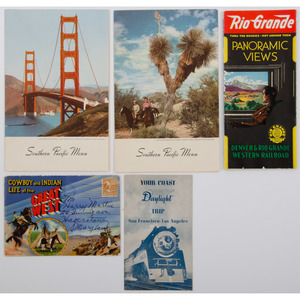 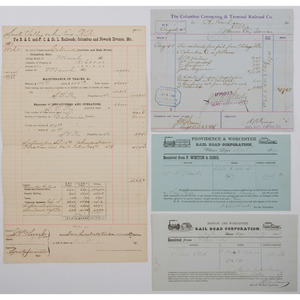 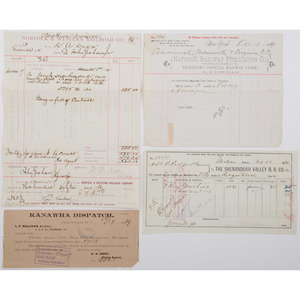 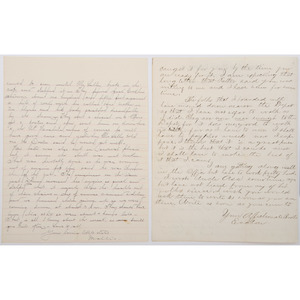 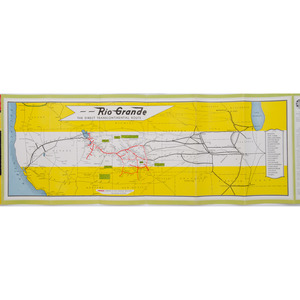 Lot of 15, including brochures, menus, correspondence, and bills associated with various railway companies throughout the United States, ca 1846-1950s.

ALS, 3pp., 7.6 x 9.9 in., Denver, CO. August 29, no year [ca 1880s]. Describes a train wreck that took place near Boreas Pass, on the route from Leadville to Denver: "He was running fast and as he came to one of the sharp turns the engine jumped the track and turned right upside down leaving the wheels fairly spinning in the air – The Engineer’s name was Jack Goodhue and when we went over he reversed the engine just as he was going and the steam poured out so that nothing could be seen. They found Jack Goodhue thrown about one hundred and fifty feet against a pile of rocks with his collar bone broken in two places and his body scalded dreadfully by the steam."