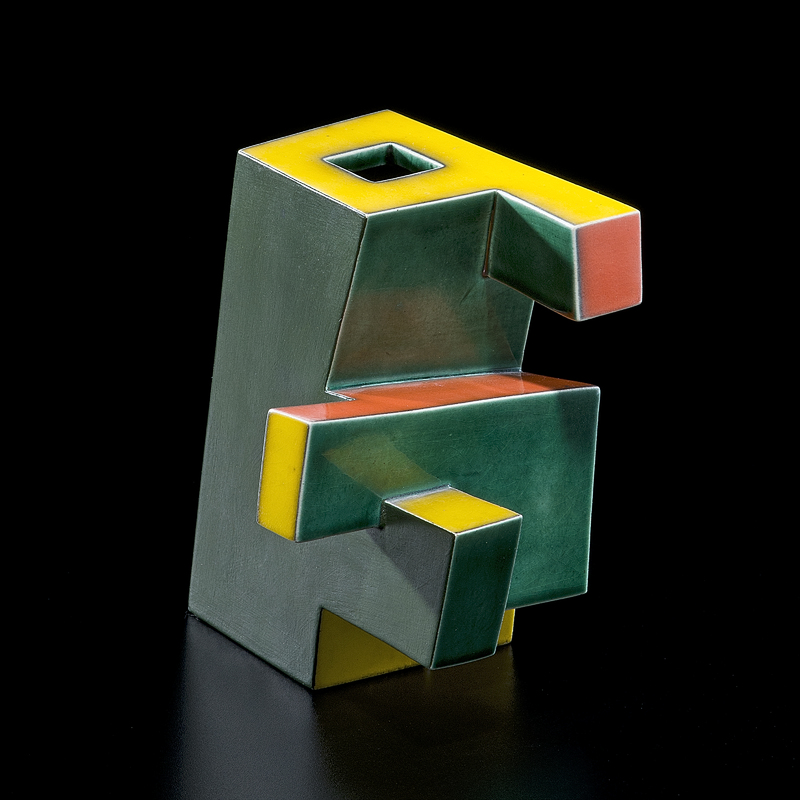 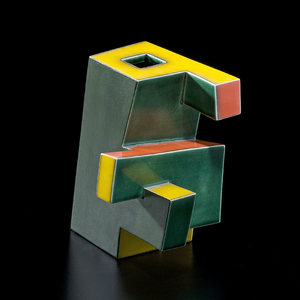 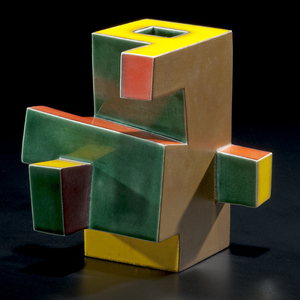 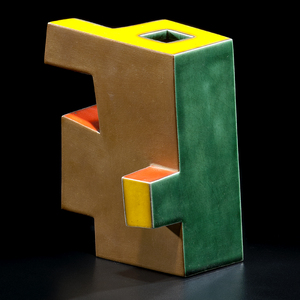 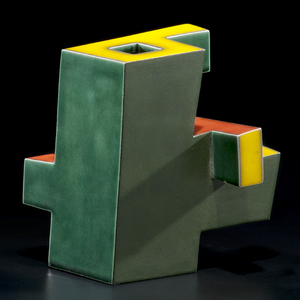 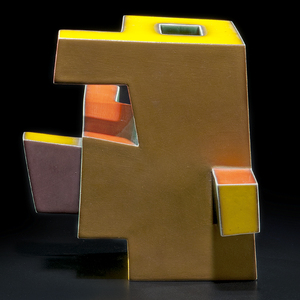 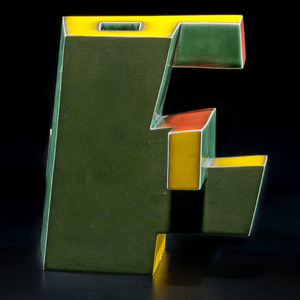 Geometric CupÂ (Untitled)ca 1973Glazed ceramic; ht. 5.25, wd. 5, dp. 4.5 in.The cup has been a fascination for Price since he began making functional pottery in Los Angles in the early 1950s, eventually joining Voulkos at the Otis Art Institute in 1957. One of his three shows at the Ferus Gallery, Irving Blumâ€™s legendary breakthrough space in Los Angeles, was devoted to the cup and in that decade he made many iconic works from theÂ Turtle CupÂ to theÂ Snail Cup. Today the work he shows at Matthew Marks Gallery and Xavier Hufkens in Brussels involves a different non-specific biomorphic form. But the seriesÂ Geometric CupsÂ to which this work belongs, made in Taos, New Mexico between 1972 and 1973, are considered to be on the top rung of this artist'sÂ oeuvre. Critic Peter Schjeldahl wrote of this work: â€œAn incredible colorist, Price projects a crazy sense that each shape and size in his work is decided by a colorâ€™s will to make itself comfortable. The glazed planes of his geometric cup formsâ€”â€”broadcast self-fulfilling glee of color... be present in exactly the right amount, snug within a clever polygon. These objects would fit in your hand, and yet when you are looking at them with open senses they loom, crowding out the rest of the universe.â€ Their slyness, an almost schizophrenic quality in that with any change in vantage point they seem to be an entirely different work gives them a power, complexity, richness and sophistication that belie their modest scale. These are now extremely rare and none have come onto the auction market in several years.Â Revered as one of the most significant contemporary artists of our time, Price will be the subject of a major and eagerly awaited retrospective, organized by the Los Angeles Country Museum of Art, opening in 2012 and traveling in 2013 to the Nasher Sculpture Museum, Dallas and the Metropolitan Museum of art.Â References: Carter Ratcliff, â€œNotes on Small Sculpture,â€Â Artforum, April, 1974.Â Lebow, Edward.Â Ken Price. Houston: The Menil Collection and Houston Fine Arts Press, 1992.Â Scheldahl, Peter. â€œThe Most Beautiful Show in Town,â€Â Village Voice, May 17 1994.Â Knight, Christopher. â€œSmall is Beautifulâ€,Â Art Reviews, Los Angeles Times, August 31, 2002.Â Price, Ken. â€œA Talk With Slides,â€Â Chinati Foundation Newsletter, Volume 10, 2005.Â Celmins, Vija and Higgs, Matthew.Â Ken Price. Gottingen: Germany: Steidl Publishers, 2006.Â Clark, Garth. â€œTaos Man,â€Â Trend, Fall, 2011.