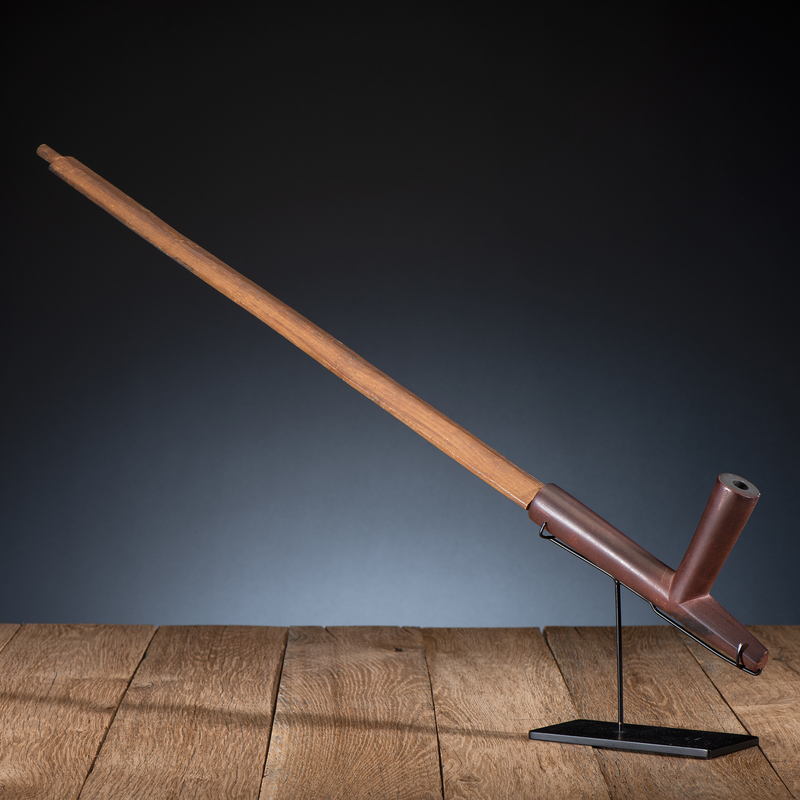 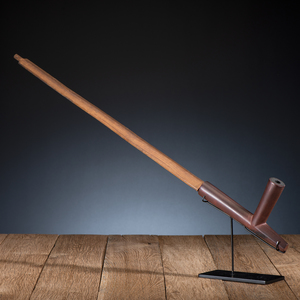 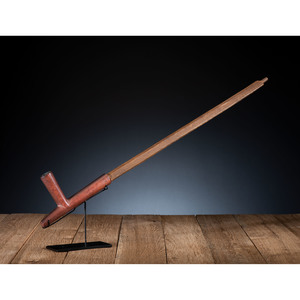 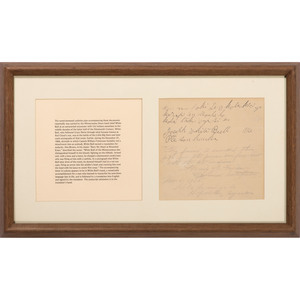 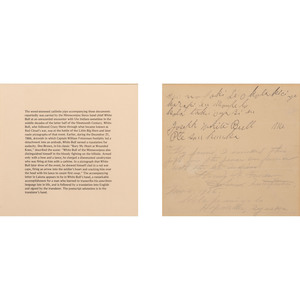 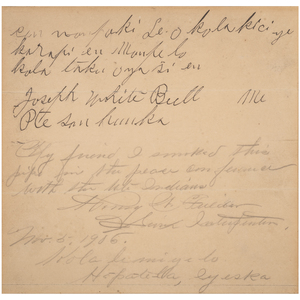 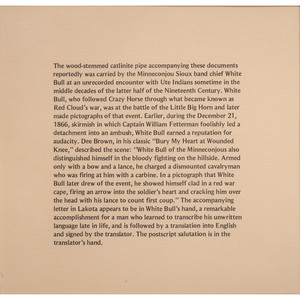 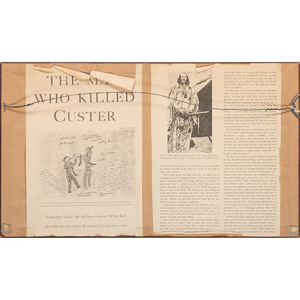 ash stem with large T-shaped catlinite bowl, overall length 32.5 in. AND a letter written in Lakota by White Bull and translated to English by Henry W. Fielder; letter reads: My friend I smoked this pipe at the peace conference with the Ute Indians, dated November 6, 1906, 5.5 x 6 in.
ca 1906

Joseph White Bull, the nephew of Sitting Bull, was noted for his claim of killing George A. Custer at the Battle of the Little Bighorn.  However later in life, White Bull focused on diplomacy between the Federal Government and Indian groups.

Henry W. Fielder, a Sioux government interpreter from Cheyenne River, South Dakota, accompanied White Bull to discussions between the Federal Government and Ute.  The talks were with the hopes of persuading the Ute to keep peace at a time of a threatened uprising, while trying to transition the Ute people to the Cheyenne River Sioux Reservation (White Bull 1998: 26).  In a newspaper article written on November 4, 1906, Fielder is quoted: Every rebellion of the Indians against the whites in the last twenty years has been the result of a misunderstanding (“Who is Accompanying Chief White Bull on His Trip,” Sioux City Journal, November 4, 1906:8).