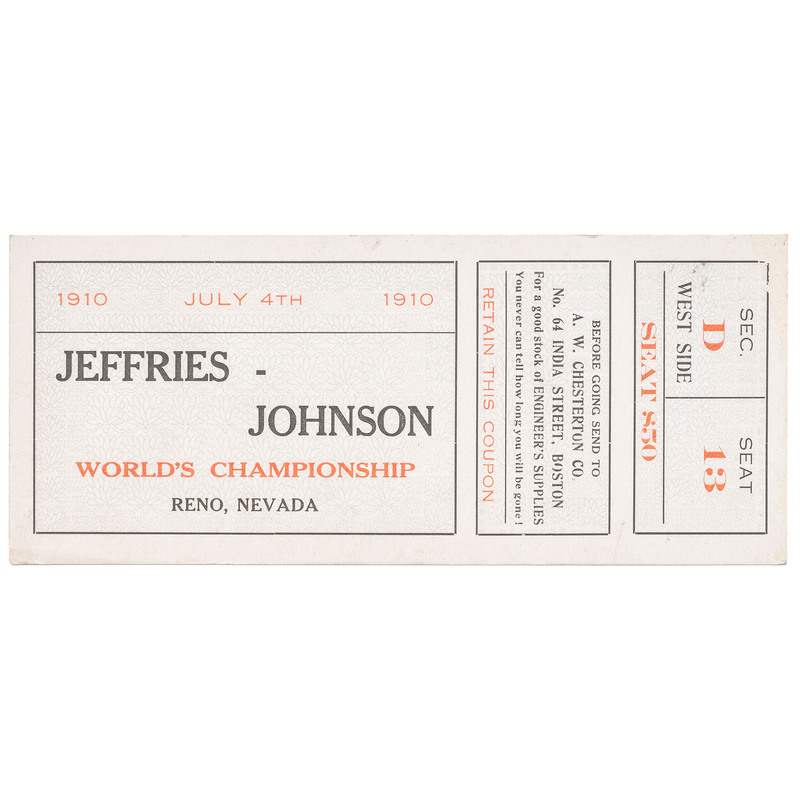 Advertising trade card in the form of a pseudo-ticket from the 1910 Reno, Nevada Jeffries-Johnson fight. 165 x 68 mm. [Boston?], 1910. The card mimics a ticket with the fight information: "1910 July 4th 1910 / Jeffries-Johnson / World's Championship, / Reno, Nevada" and faux seat information. The card advertises: "Before going send to / A.W. Chesterton Co. / No. 64 India Street, Boston / For a good stock of Engineer's Supplies / You never can tell how long you will be gone! / Retain this coupon."

A.W. Chesterton was a steamboat and engineering supplies purveyor out of Boston, founded in 1884. The fact that they have used the blockbuster fight as an advertising opportunity in Boston is a testament to the national reach the bout had.