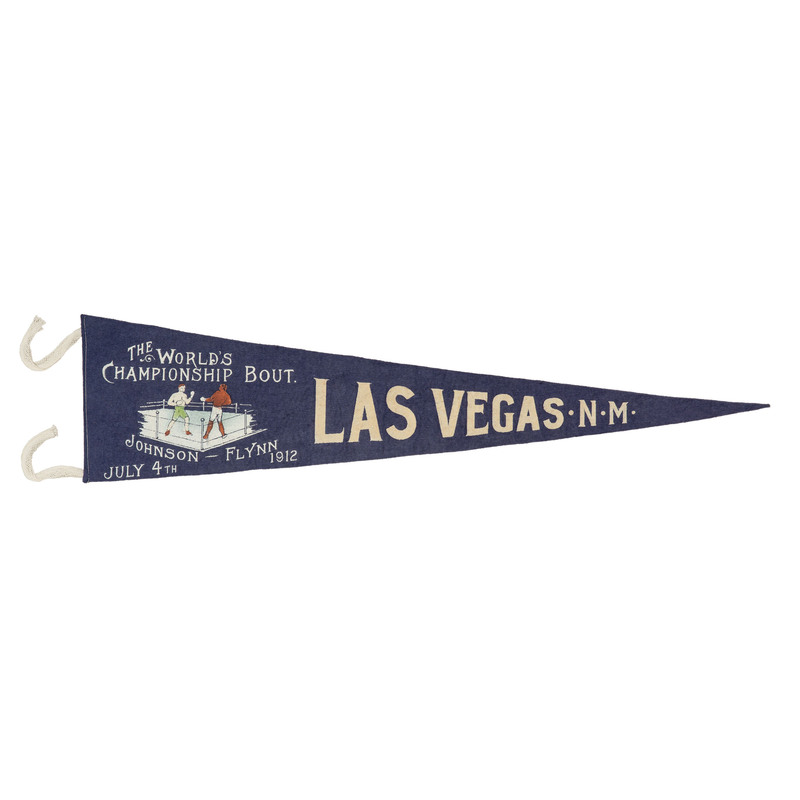 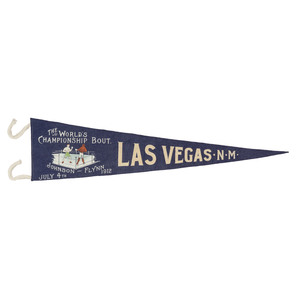 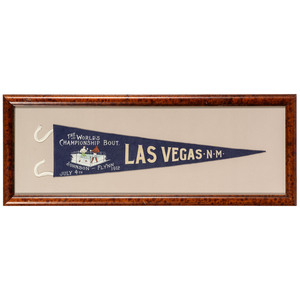 Pennant from the 1912 Johnson-Flynn bout. L: 23 in., framed to 32.5 x 12.5 in. Blue felt pennant the location, "Las Vegas, N.M." in large printed white letters and the caption: "The World's Championship Bout. Johnson-Flynn. July 4th 1912" featuring a printed color vignette of the two pugilists in the ring.

The fight was "Fireman" Jim Flynn's (1879-1935) second attempt at the World Heavyweight Title and Johnson's first fight since the blockbuster "Fight of the Century" versus Jim Jeffries two years earlier. Flynn was disqualified in the 9th round after repeated warnings against headbutting and never posed a threat to the formidable Johnson.  Extremely scarce.

Very fine. Only the slightest cracking to lettering.