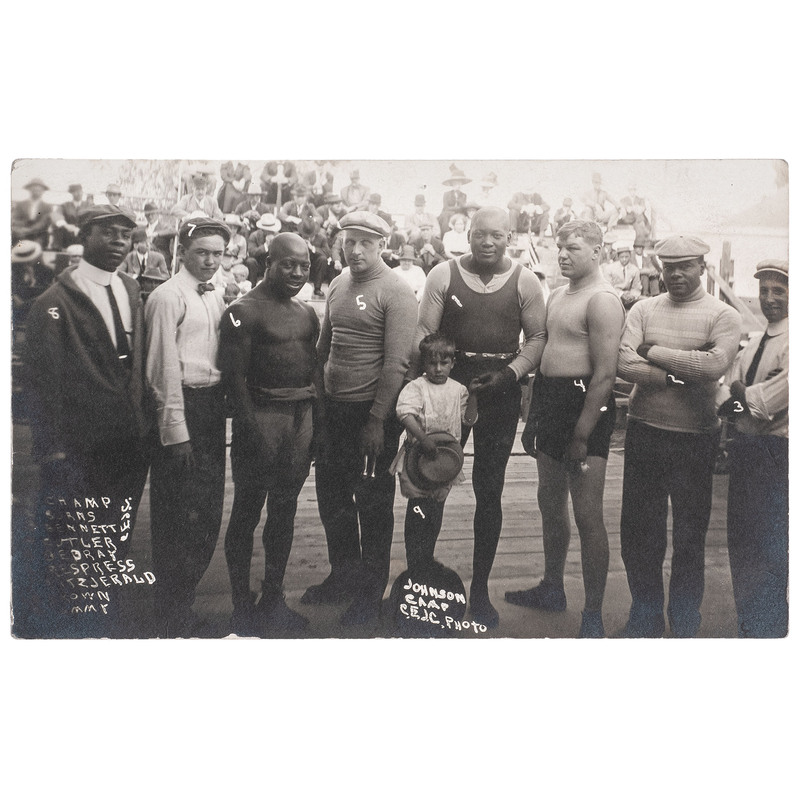 Real photo postcard of Jack Johnson and some members of his retinue. 5.5 x 3.5 in. Caption in negative: "Johnson Camp" along with an identification list and corresponding numbers on the figures: "1 Champ / 2 Burns / 3 Bennett / 4 Cutler / 5 Bedray / 6 Respress / 7 Fitzgerald / 8 Brown / 9 Jimmy." Photographer's imprints in negative twice: "C.E.d.C." Johnson, "Champ," is pictured at the center of the group of multiracial trainers holding the hand of a boy identified as "Jimmy."