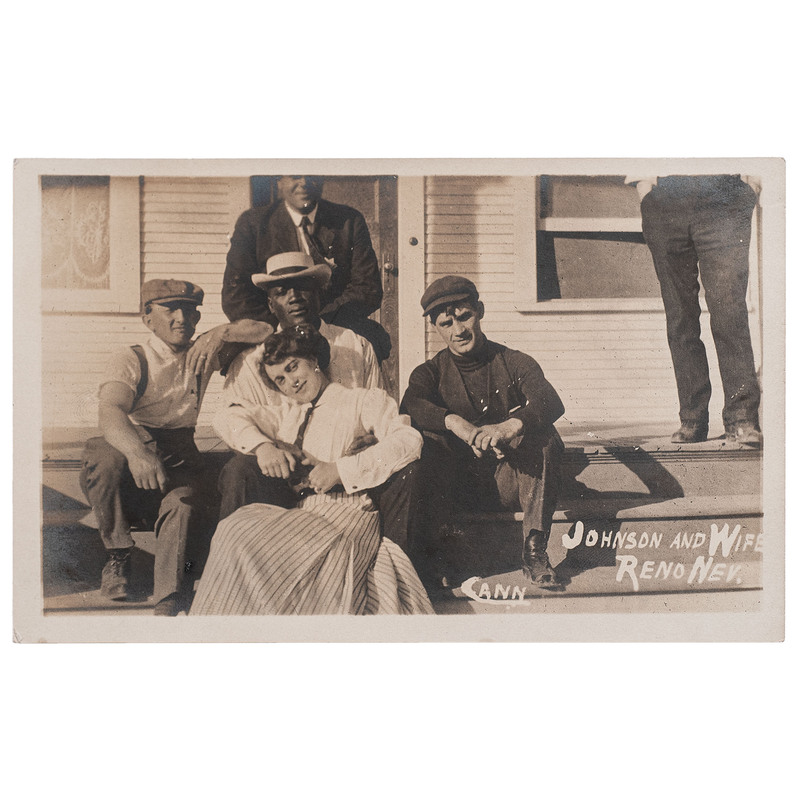 Real photo postcard of Jack Johnson with Etta Terry Duryea and trainers. 5.5 x 3.5 in. Postally unused. Captioned in negative: "Johnson and Wife Reno, Nev." alongside photographer's imprint. Cann: [Reno, Nevada], [1910]. An image of Johnson seated outside on stairs flanked on both sides and behind by his trainers and cornermen. His paramour Etta Terry Duryea sits affectionately in front of him, in between his legs. Though she is listed here as his "wife," they were not yet married when this image was captured before Johnson's blockbuster bout with Jim Jeffries in Reno, Nevada on July 4, 1910. Etta was a Brooklyn socialite who met Johnson at a car race in 1909 and though they had a tempestuous relationship, they would marry on January 18, 1911. In part due to their turbulent relationship, Etta would commit suicide on Sept. 11, 1912.