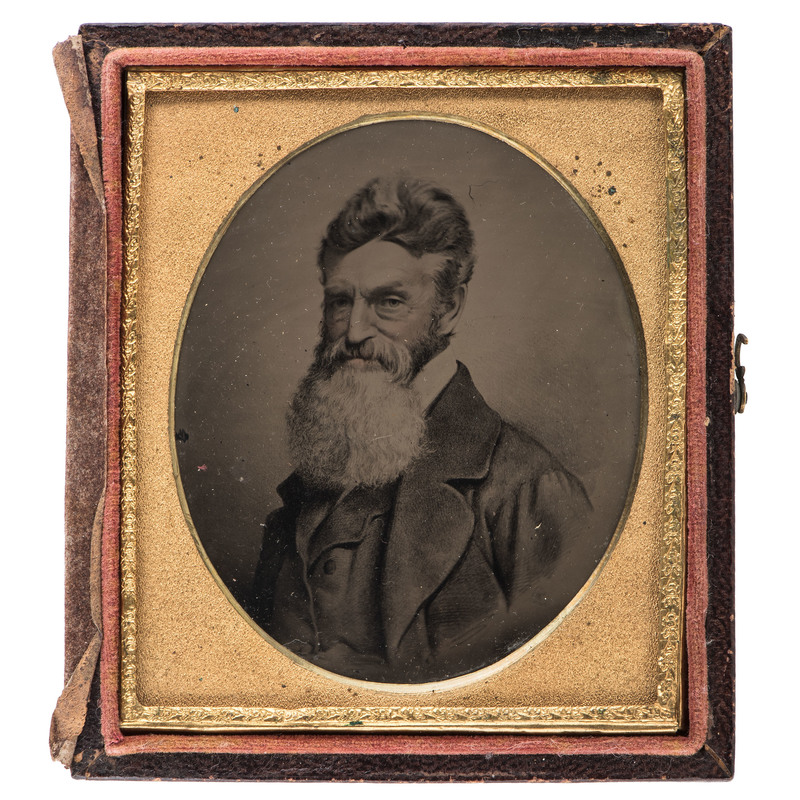 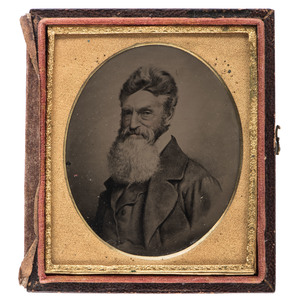 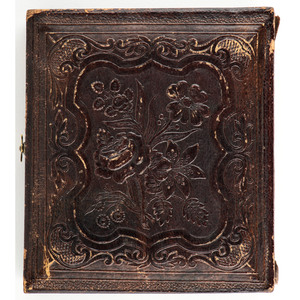 In May 1858, John Brown travelled to New York City where the original daguerreotype was taken by Martin M. Lawrence (1808-1859) at the request of D. Thomas H. Webb (1801-1866), the secretary of the New England Emigrant Aid Company. Lawrence was a well known daguerreotypist, president of the American Daguerre Association, and an early pioneer of paper photographs. The portrait he took of Brown is the last known image of Brown and the only known original image of him with the beard he began growing in 1857 as a disguise for the final preparations of the famous raid on Harpers Ferry.

A year later in May 1859, Brown travelled to the Boston studio of Whipple and Black to make a negative in order to make prints. James Wallace Black (1825-1896) was able to create the vignette negative from the original daguerreotype and it was known to be used by Black & Batchelder and reproduced often.

The image offered here was created by Neff’s melainotype process, ca 1860, after the vignette negative made by Black. Melainotype was an early tintype process patented on February 19, 1856 by Hamilton L. Smith and improved and popularized by Peter Neff, Jr. of Cincinnati, Ohio. The plate bears Neff’s standard imprint used after March 1857, reading “Melainotype Plate / For Neff’s Pat 19 Feb 56.” Neff sold and distributed the iron plates with his imprint widely, so it is unclear if Neff or another printed the image.

Accompanied by Libby, Jean. John Brown Photo Chronology. Palo Alto, CA: Allies for Freedom, 2016. Report binding, 48pp. as well as research correspondence with Libby. The publication details the extant photographs of John Brown and includes the image offered here, noting that this version of the Lawrence image is previously unknown.

Wear to leather case with abrasions and bumped corner, case is separated. Slight nick to left side of image but else crisp and clear.