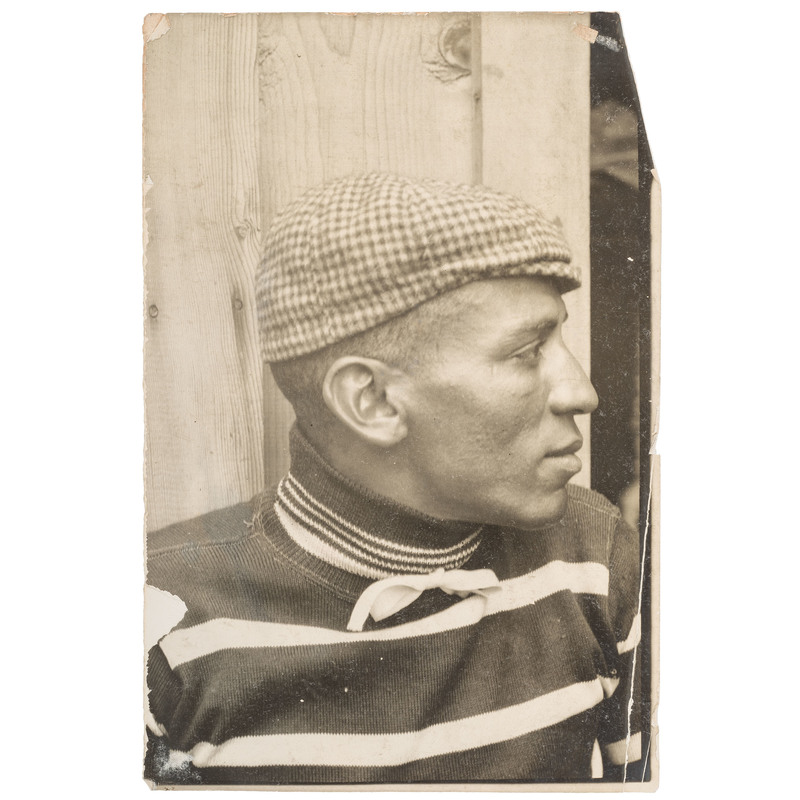 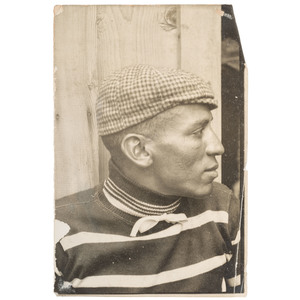 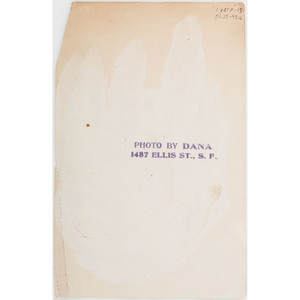 Gans is shown in profile, his handsome and surprisingly unmarred face for a boxer are discernible to the viewer, testament to his skill in the ring. He wears a striped turtleneck sweater with a jaunty tied bow at the neck and a checked ivy cap. The sweater appears to be the same as the one worn by Gans in a widely published (including in the Official Program) photo of him talking with his impromptu manager “Shanghai” Larry Sullivan in Goldfield before the 1906 fight with Nelson, suggesting a near-contemporary date. No other copies known.