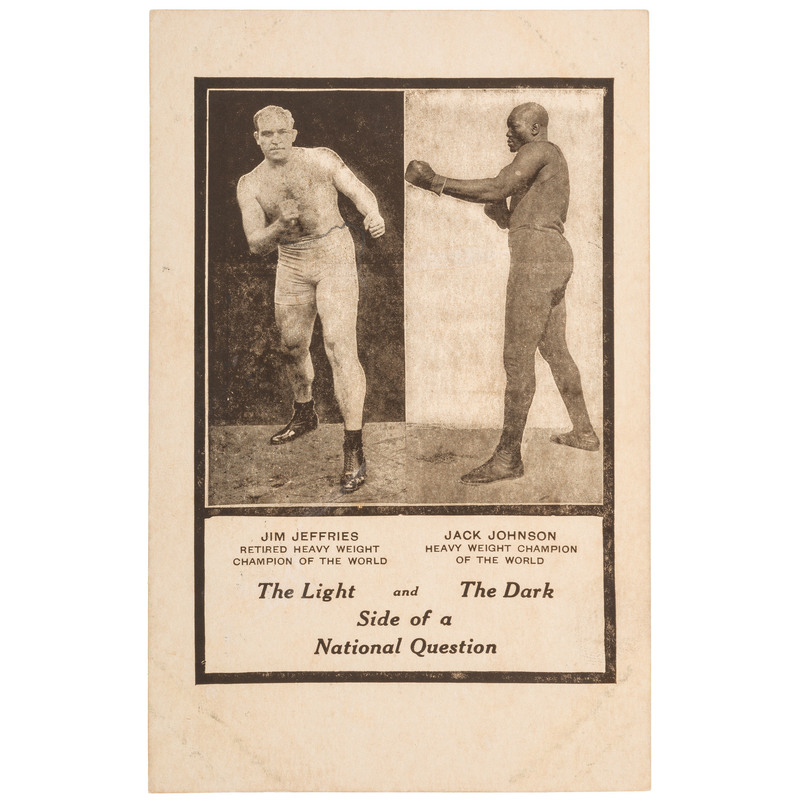 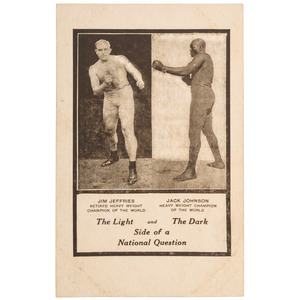 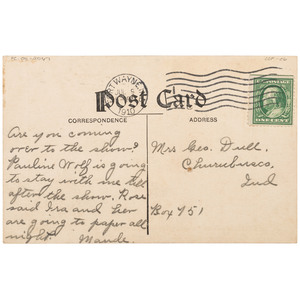 Jim Jeffries - Jack Johnson / The Light and The Dark Side of a National Question, Johnson-Jeffries Fight Promotional Postcard, 1910

Jeffries-Johnson Pre-fight postcard. 3.5 x 5.5 in. (89 x 139 mm) Caption reads, “The Light and the Dark Side of a National Question” under full-length portraits of both boxers in fighting stances. Jeffries is noted as the “Retired Heavy Weight Champion of the World” and Johnson has the subtitle “Heavy Weight Champion of the World.” Verso is stamped with a July 9, 1910, Fort Wayne, Indiana postmark, indicative of the national appeal of the fight.