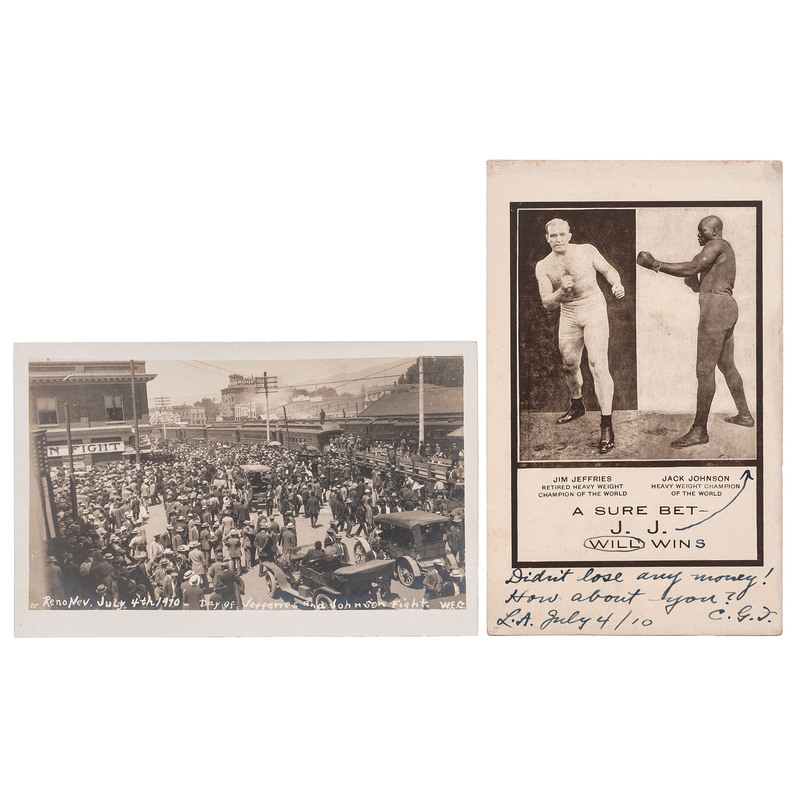 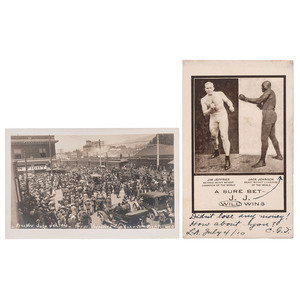 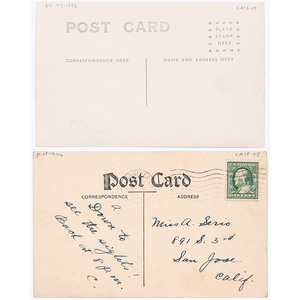 Johnson-Jeffries pre-fight postcard. 3.5 x 5.5 in. Caption identifies the fighters, each in fighting poses, with the amusing caption: "A Sure Bet - J.J. Will Win." The sender of the postcard has amended the caption by circling "Will" drawing an arrow to jack Johnson and adding an "s" after "Win." With an ink inscription below: "Didn't lose any money! How about you? L.A. July 4/10 C.G.F." With a short note written to Miss A. Seris in San Jose, California with a July 4, 1910 postmark.

[With:] Real photo postcard showing the crowds outside the Official Fight Headquarters. 5.5 x 3.5 in. In negative caption: "Reno Nev. July 4th, 1910 - Day of Jefferies and Johnson Fight." with imprint "W.E.C." Postally unused. W.E. Cowen: Reno, Nevada, July 4, 1910. Taken from a slight elevation, throngs of fight attendees crowd the streets as more arrive via train and car. The far right of the Official Headquarters sign are visible, located in the heart of downtown Reno at the corner of Center Street and W. Commercial Row.

A Sure Bet - Even toning, light soiling.