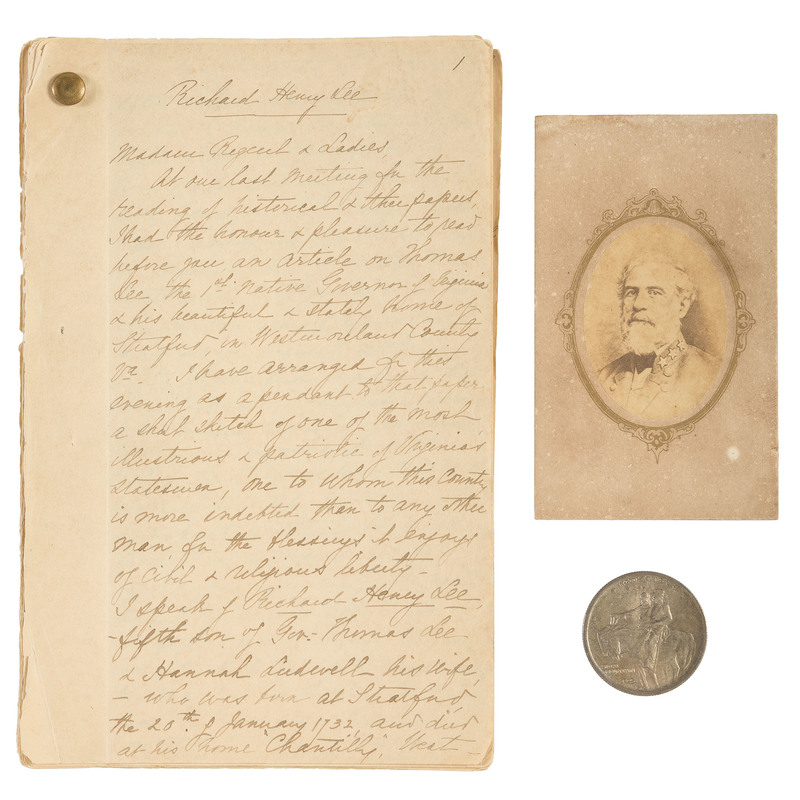 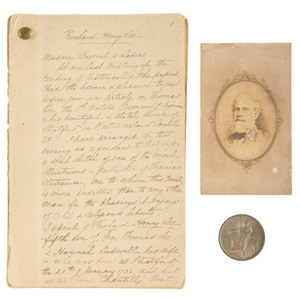 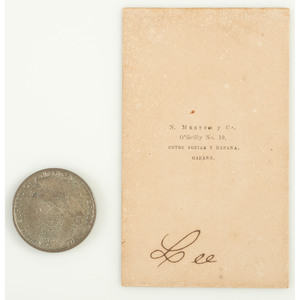 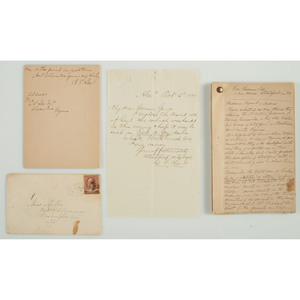 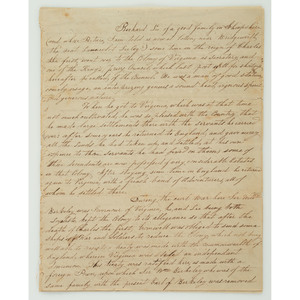 Lot of 12. CDV of Lee in his Confederate Uniform, three stars on collar, backmark of "N. Mestre y Ca., Habana" (Cuba). Accompanied by 6 documents related to the storied Lee Family of Virginia, from the estate of Virginia Miller (1842-1932), niece of Robert E. Lee, granddaughter of Attorney General Charles Lee, and daughter of Dr. Thomas Miller who had an esteemed career as White House doctor to William Henry Harrison as well as to Jefferson Davis. Documents include:

Lee, Robert E. (1807-1870). ANS, 4pp, approx. 4.25 x 5.75 in., "St. Louis." Aug 20, 1838. Addressed to "My dear Cassius & Cousin." With "Copy" in the upper left corner of the first page, written in Lee's hand and signed, but clearly written hurriedly using a few abbreviations ("y" = "you" for ex.). Written while Lee served the US Army as First Lt. of Engineers supervising engineering work on the upper Mississippi and Missouri Rivers. Lee writes to his close friend and cousin Cassius F. Lee on the subject of "getting for one the Crest, Coat of Arms, etc of the Lee family...with the purpose of having a seal cut with the impression of said coat..." Lee goes on to inquire as to information on the family tree and send his good wishes to family. He includes brief remarks on political news of the day.

Lee, William (1739-1795). English-American patriot and diplomat, elected Sheriff of London in 1773, worked in London to support the interests of the American Colonies, and later was appointed by the Continental Congress as its commercial agent in French ports. Document originally authored in September 1771 providing a detailed account of the Lee family tree starting with Richard Lee of Shropshire, the great grandfather of the author, who immigrated to Virginia, and ending with William Lee's Revolutionary-Era generation. 6.5pp, 8 x 10 in. This version of the genealogy appears to be a nineteenth-century copy of the original manuscript.