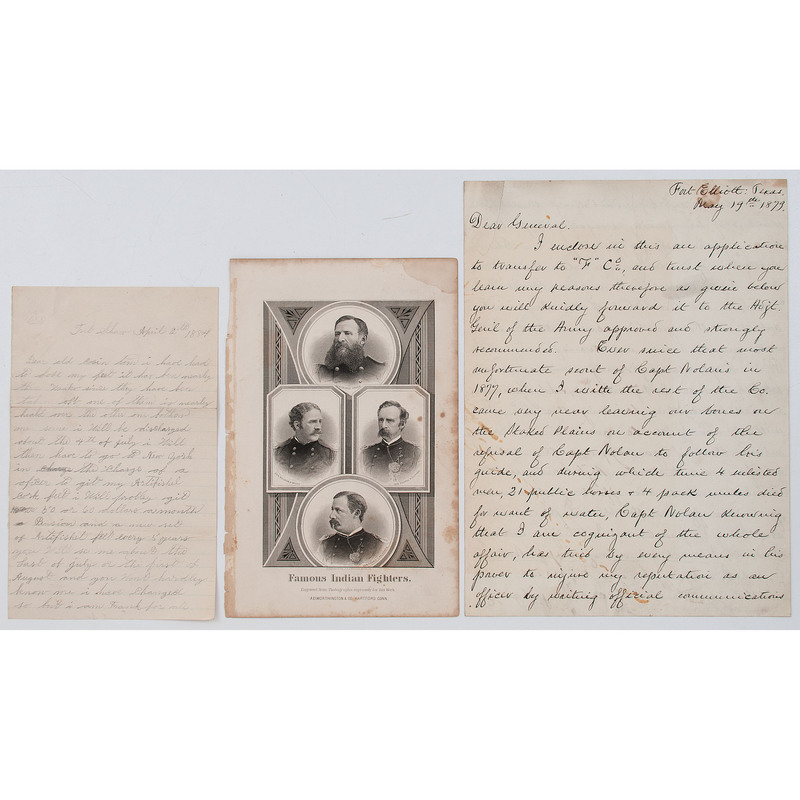 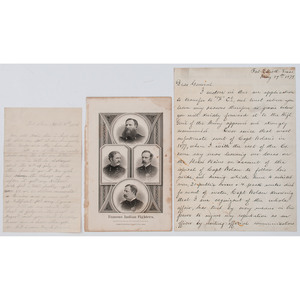 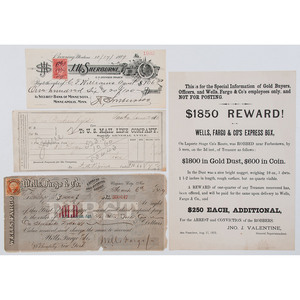 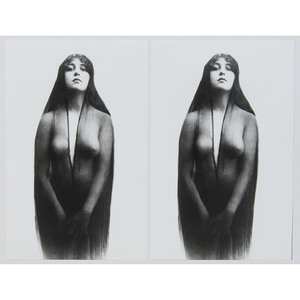 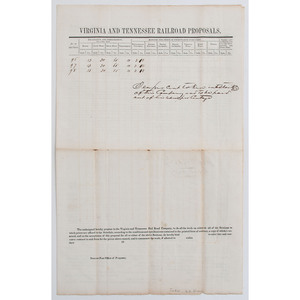 ALS, Fort Elliott, Texas, May 19, 1879, 3pp (8 x 10.5 in.). Addressed "Dear General," from Charles L. Cooper, 1st Lieut., 10th Cavalry. Cooper is requesting a transfer, mostly as a result of conflict with his superior officer, Capt. Nolan. He explains: "Ever since that most unfortunate scout of Capt.Nolan's in 1877, when I with the rest of the Co. came very near leaving our bones on the Staked Plains on account of the refusal of Capt. Nolan to follow his guide, and during which time 4 enlisted men, 21 public horses & 4 pack mules died form want of water, Capt. Nolan knowing that I am cognizant of the whole affair, has tried by every means in his power to injure my reputation..." His request for a transfer is to get out of Nolan's command.

The 10th Cavalry was a unit of Buffalo Soldiers based in Texas, tasked with protecting mail routes and travelers. One of their ongoing tasks was to map the area to find routes with water resources. 1877 was a year of drought and a a group of 4 soldiers and some buffalo hunters became lost and died of dehydration.

ALS, Fort Shaw, April 2, 1884, 2pp, (5 x 8in.). Addressed to Cousin Tom, signed Frank H. Rossman, Co. H, 3rd Infantry, Fort Shaw, M.T. Frank relates that he has lost both feet. He expects to be discharged in July to go to New York to have prosthetic feet made.