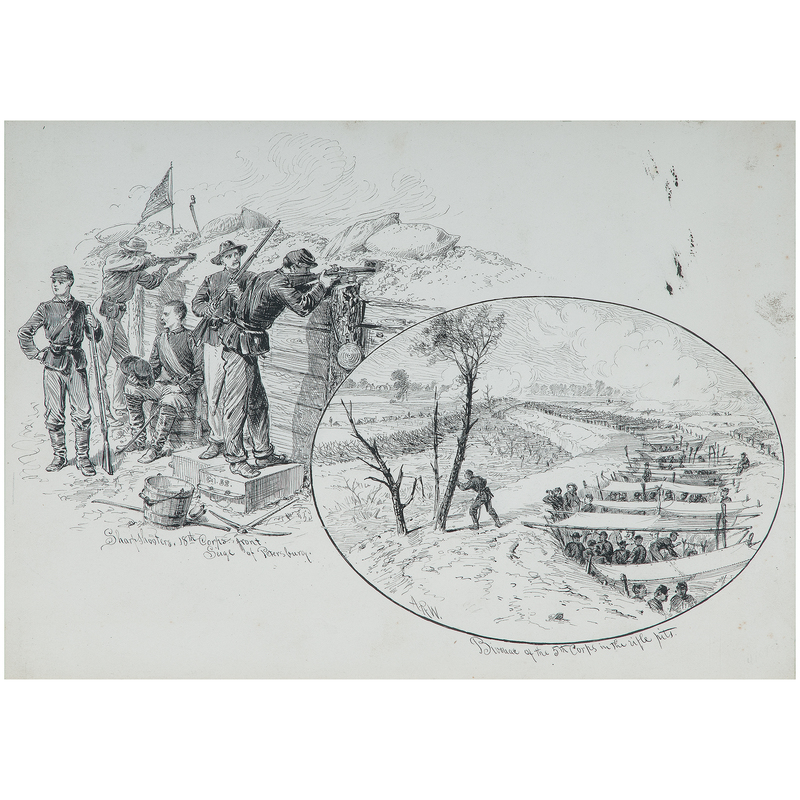 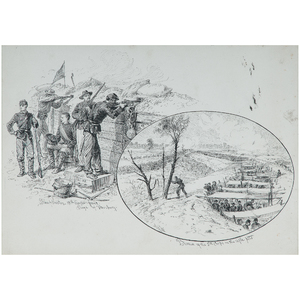 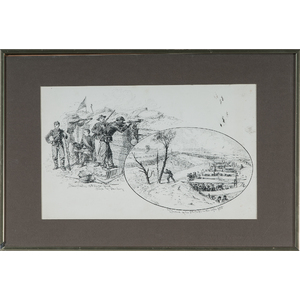 In the Federal Lines at Petersburg - Siege of Petersburg, Virginia, Drawings on Board by Alred R. Waud

Each sketch presents great detail of sharpshooters "at work" as well as a long line of Union rifle pits with troops of the 5th Corps in the trench. Note that some of the troops are looking across the siege line toward the Confederate works.