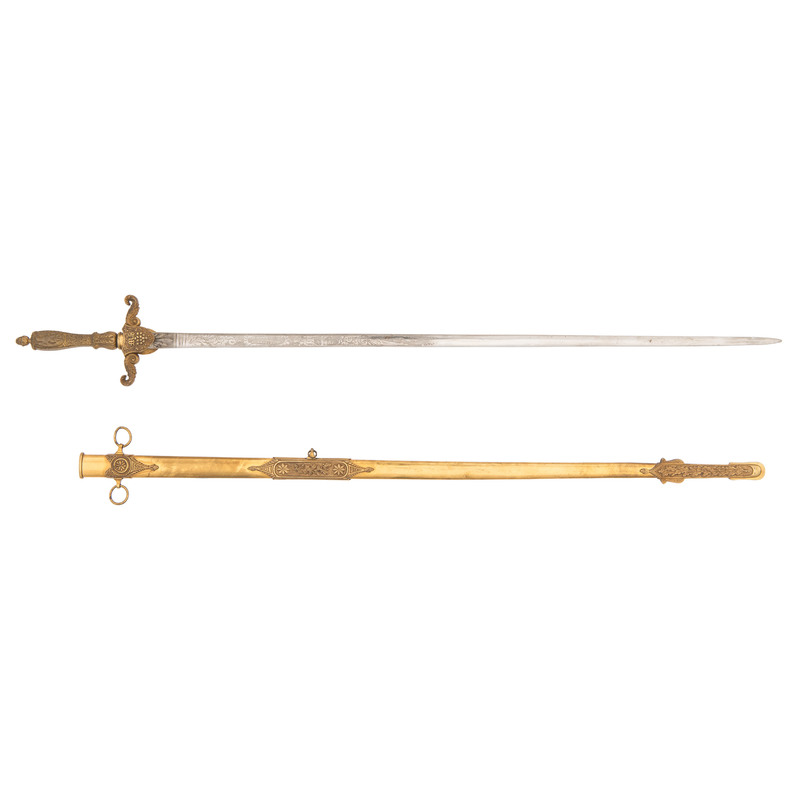 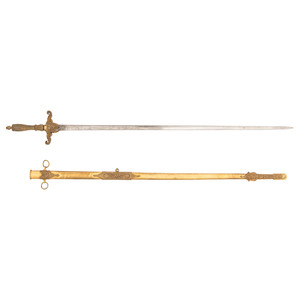 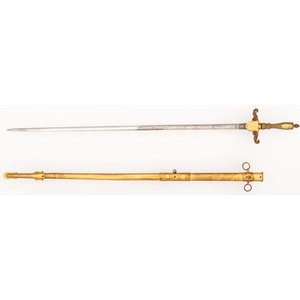 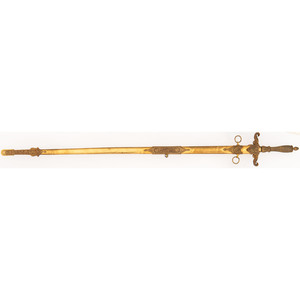 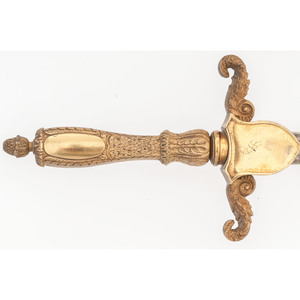 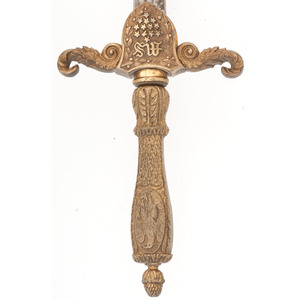 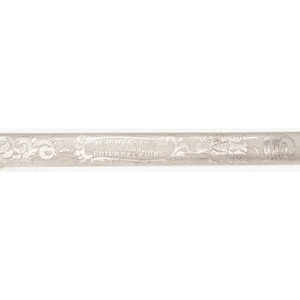 Stephen M. Cobb (1819-1892) joined the 35th Iowa raised in Muscatine as Assistant Surgeon on Sept. 16, 1862. The regiment left the state in November bound for Cairo where it remained until April 1863 on post and garrison duty. With the Vicksburg Campaign underway the 35th Iowa was ordered to Duckport, Louisiana and assigned to Brigadier General J.M. Tuttle's division in the15th Corps. Sherman's Corps moved to unite with the main army in the rear of Vicksburg via Grand Gulf in early May, the regiment seeing their first action at Jackson, Mississippi on May 14, 1863. Thereafter, the brigade participated in the Siege of Vicksburg and joined in the twin assaults of May 19 and 22 without suffering any casualties. Following the fall of Vicksburg the regiment marched to the Siege of nearby Jackson where it peripherally engaged on July 12 loosing several men as prisoners. The 35th was in camp at Bear Creek when Cobb was promoted to regimental Surgeon on August 15, 1863. Over the next several months Iowan's participated in several expeditions without making significant contact with Rebel forces. In November the regiment was ordered to Memphis and then to LaGrange where it wintered while engaged in railroad guard duty. The Hawkeye's fought at sharp skirmish at Middleton, Tennessee on January 15, 1864 suffering a handful of casualties.

The 16th Corps then consolidated and joined in the ill-fated Red River Campaign beginning in March 1864. The regiment's first major fight came at Pleasant Hill on April 9, an extension of the disaster at Mansfield the day before resulting in a general retreat by Banks' army. General Richard Taylor's Trans-Mississippi Army kept a close pursuit of the disorganized Federal column with heavy skirmishing and launched a coordinated attack late in the afternoon "charging the entire Union line." Initially, the momentum of two Confederate divisions succeeded in overrunning part of the Union left and center forcing it back. Anchored by the right, the Federals managed to stabilize the situation and organize a counterattack that drove the spent Confederates from the field. Banks continued his withdrawal during the night leaving the field in the hands of Richard Taylor's army but victory was apocryphal. Seven companies of the 35th actually fought at Pleasant Hill with 48 men killed and wounded and 3 prisoners. For the first time since the start of the campaign Surgeon Cobb was undoubtedly overwhelmed with casualties for his diary is completely void of entries between April 5 and April 20.

The rest of 1864 would prove to be of equal tempo and greater ferocity. The Red River Campaign - a grandiose, ill-conceived plan to capture Mobile - slowly unwound completely to the detriment of General Banks and ended ingloriously with the week long retreat from Morganza to the Mississippi River. Learning that a portion of Taylor's army was advancing from of Bayou de Glaize, Bank's ordered A. J. Smith's 16th Corps to attack immediately on May 18. Being too distant to effect the order, Smith in turn instructed the advance led by Brigadier General Joseph A. Mower to execute an assault with the two divisions at hand. Mower attacked at Yellow Bayou and drove the Confederate screen back on to the main body before the Rebels counterattacked forcing Mower to give ground. The see-saw action lasted several hours before burning scrub pine ignited a massive conflagration causing both sides to retire. The 35th Iowa was heavily engaged throughout and lost 3 killed and 16 wounded. On May 20 the brigade was ordered to Vicksburg, thence to Memphis. The regiment next fought a costly action at Old River Lake, Arkansas on June 6 where two brigades of Mower's division drove a force of Rebel infantry some distance into a thick timber where the enemy halted and "poured a galling fire" into the advancing Union lines. The position was finally cleared with a total loss of 15 killed and 57 wounded, 6 and 9 of these men from the 35th Iowa. Several weeks later the regiment marched off with a division size force under Major General A.J. Smith's in an expedition to Oxford, Mississippi. Marauding Confederate cavalry under the aggressive N.B. Forrest sought to disrupt the Federal lines of communication supplying the vast army advancing toward Atlanta. The Oxford operation sought to draw Forrest out while protecting the key railroad itself. Smith's route of advance had been checked by Confederate cavalry at three different places. On July 14 Smith entrenched at Harrisburg, Mississippi and waited for the Forrest to attack in stifling heat. During the morning several brigades of dismounted horsemen executed a series of uncoordinated attacks against the blue entrenchments and were driven back with heavy casualties. The next day the Confederates made several probing attacks, and as Smith commenced to withdraw he was vigorously pursued by Forrest. Smith drew his division up at Old Town Creek hard pressed by a Rebel brigade which was driven back in confusion. The next Confederate brigade was strung out and only able to deploy its regiments piecemeal. These uncoordinated attacks were also repulsed but equally costly as Forrest was seriously wounded. The 35th Iowa was once more in the thick of the fighting with casualties over both days numbering 3 killed and 19 wounded.

The next five months found the regiment almost constantly wide ranging on the march. In early September Mower's division went up the White River on an expedition to Duvall's Bluff, Arkansas. From Sept. 7 to November 15 the 35th Iowa was active in the pursuit of General Price through Arkansas and Missouri before moving to Nashville on Nov. 23. The Hawkeye's then met Hood's invading army at the climactic Battle of Nashville on Dec. 15-16 that witnessed the virtual destruction of the once proud Army of Tennessee. Surgeon Cobb's corresponding diary entry read, "Commenced fighting before Nashville, Tenn. Drove the Rebels during the day (and) took prisoners & 26 pieces of artillery. Colonel (Sylvester G.) Hill (35th Iowa) was killed when about to make a charge on a fort. Shot through the head. Lost one man from Co. F and three others wounded...Made a charge (at) 3 o'clock pm & drove them and captured 2000 prisoners & two generals--demoralized Hood's army & they are (now) disorganized and in full retreat. God save the country & Union but destroy all Rebels who have taken up arms against the Government." The 35th Iowa then moved to New Orleans in February and took part in final operations against Mobile seeing its last action at Spanish Fort and Fort Blakely on March 27, 1865. The Hawkeyes occupied the city on April 12 and remained on occupation duty at Montgomery and Selma until mustering out on August 10, 1865.

Discharged with the regiment, Surgeon Cobb returned home to Muscatine and resumed the practice of medicine now with a reservoir of knowledge gathered treating a myriad of camp diseases and battle injuries encountered over the past three years. Doctor Cobb later joined the local Shelby Norman Port No. 231, G.A.R. In 1869 he was appointed a member of the Board of Pension Examiners. Quite naturally he became a distinguished member of the Iowa State Medical Society, the Iowa Eastern Medical Society, and the Society of Physicians and Surgeons of Muscatine County. He lived out the rest of his life in Muscatine dying there On December 12, 1892, aged 73.

Accompanying Surgeon Cobb's sword are a leather bound "Physician's Pocket Memorandum" and pocket diary with 33 double-sided pages of manuscript entries on lined paper mostly covering March to July 1863. The earlier "Memorandum" book embossed "1862" contains 87 pages of printed text useful to medical doctors organized into 17 sub-headings ranging from an explanatory "List of medicines," definitions, to notes on "Post-Mortem's" and "Embalming." A middle section is organized as a weekly pre-printed calendar and contains arbitrary medical notes, lists of names without context, pay accounts, some family information, and miscellanea all in manuscript, both pencil and ink. Beginning week of Nov. 31 is an important, mostly penciled manuscript section with two double-sided pages covering December 8 through December 17 - the battle of Nashville. It measures 3 1/2" x 6 1/4" with brown leather covers with a flap closure. The smaller diary for 1863 comprises a total of 66 pages of penciled entries. The material relates to obligatory weather observations, times and places of march, affairs in the regiment with names of officers, some skirmishes, and the occasional unusual entry like the one for Sept. 21 (1863) in which Cobb wrote, "Major Keeler had his sword taken from him by Gen'l Sherman & H. Blanck (Capt. Henry Blanck, KIA at Pleasant Hill, April 9, 1864) & Leboe (sic, unknown) were put under arrest for setting a cot(ton) gin on fire." Cobb was virtually silent about medical matters. The diary is not complete with a significant gap in time noted (from July 1863 to January 1864) while the cryptic pencil entries are sometimes difficult to decipher. Size is 2 3/4" by 5 3/4 with damaged stiff paper boards, one almost completed unhinged. Only partial spine remaining.  Also included are both of Cobb's Iowa state commissions (18" x 14") preprinted on thin vellum with typical manuscript fill-ins. The yellowed Surgeon's document is tattered showing paper loss and deep fold lines, overall poor condition. The Assistant Surgeon's commission also with yellowing and fold lines but better overall. An older typed transcription of the diary material is present. Finally, the original conveyance letter dated June 23, 1972 and color polaroids from a previous owner to the consignor cement the provenance.