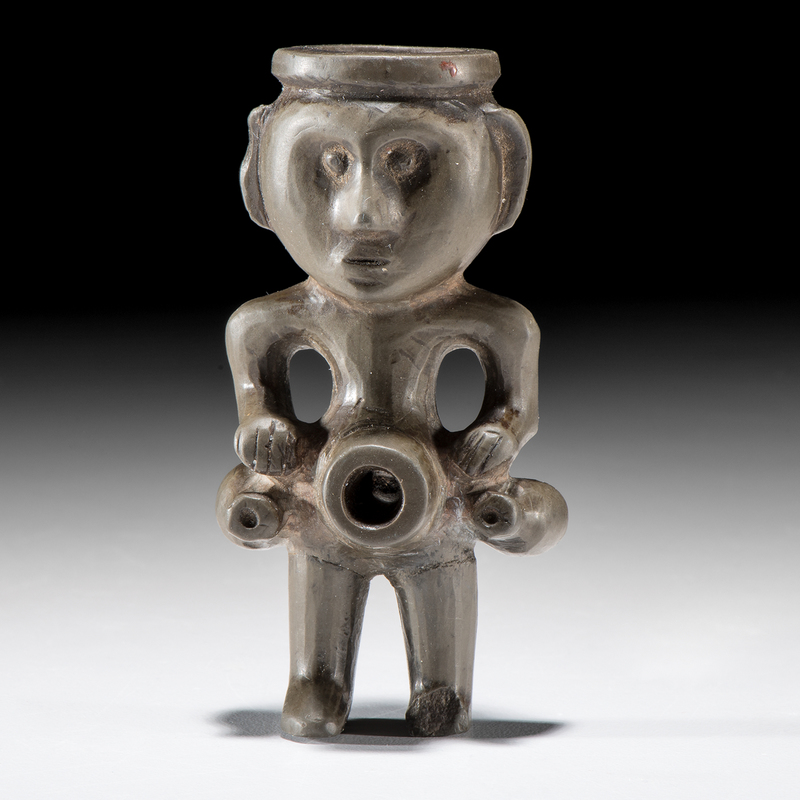 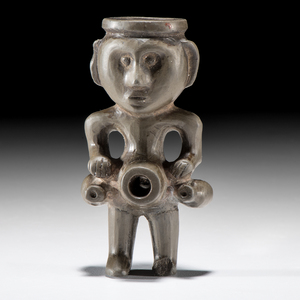 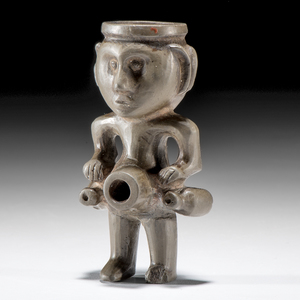 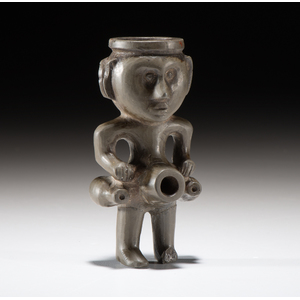 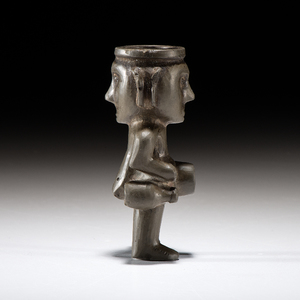 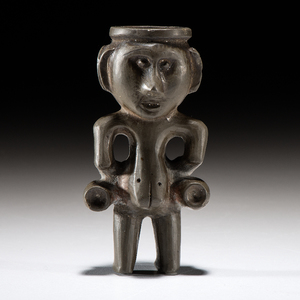 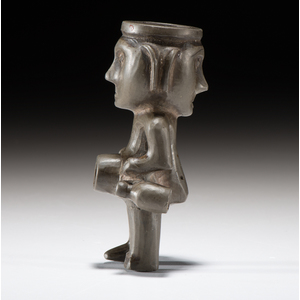 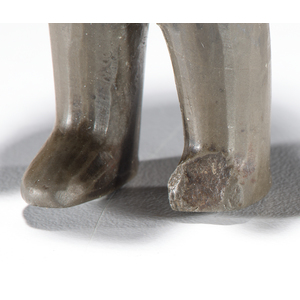 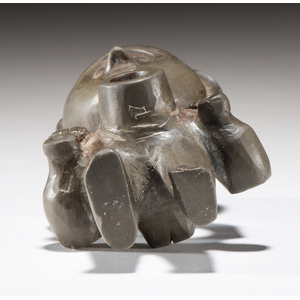 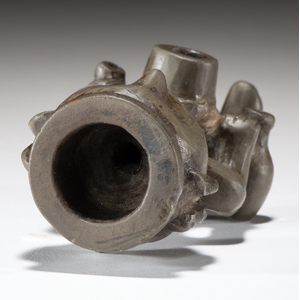 This exceptional figural pipe is a highlight of the Sorgenfrei collection. It has been expertly carved from pipestone, seemingly with a steel knife.  The pipe features a full-length torso with well carved feet, legs, arms and hands, and atop the neck are two nearly identically carved, opposing faces, each with detailed protruding eyes with arching eyebrows, aquiline noses with carved nostrils, and two sets of large ears. Below each hand is a well-carved "club" shaped bottle replete with an opening for a cork, and an inverted base typical of the early contact period.

The front of the pipe exhibits a protruding stem hole while the reverse shows a detailed vulva or possibly buttocks, flanked by two tiny depressions. Whether representing a male and female, or simply two different males, is subject to speculation.

The facial characteristics of the pipe are similar to MicMac style pipes of the Early Contact Period further west in upper Great Lakes.

This sculpture has a long and interesting history beginning with Dr. James P. Henderson, who began his practice in Newville, Ohio in 1830. In addition to his medical practice, he served in the Ohio State Legislature and on the committee to write the Ohio Constitution. Upon his death in 1889, Henderson’s large collection remained in the family until the 1950s or 1960s when it was "rediscovered" by Alvin B. Wait.& The collection was still in the possession of two female heirs of Dr. Henderson and has remained in Ohio since.

Both legs cleanly broken and reattached, the proper right foot chipped at the tip long ago, exhibiting old wear.