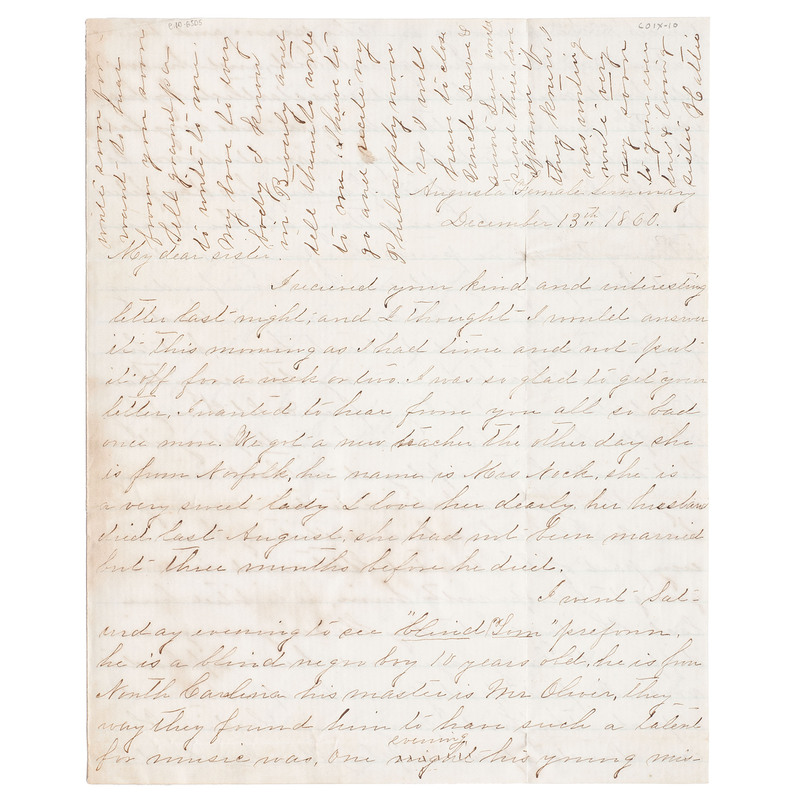 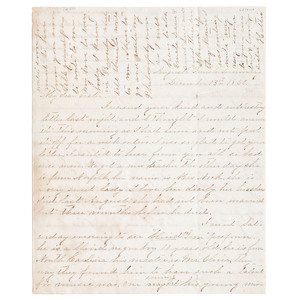 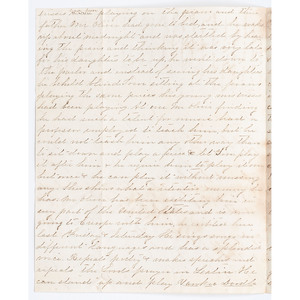 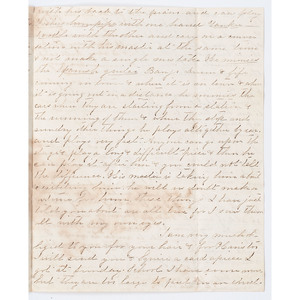 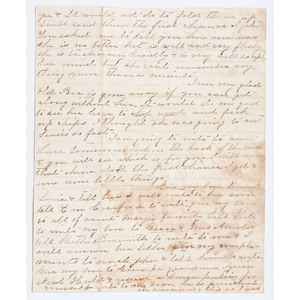 Writing from Augusta Female Seminary (now Mary Baldwin University) in Staunton, Virginia, fourteen-year old Harriet "Hattie" McGuffin relays with exceptional detail a performance she attended featuring the famed nineteenth-century musician known as "Blind Tom." She begins, "I went Saturday evening to see 'bind Tom' preform [sic] he is a blind negro boy 10 years old. He is from North Carolina his master is Mr. Oliver...." Though he did in fact exert enormous control over Tom, Mr. Perry Oliver was not Tom's "master" but rather a concert promoter hired by James Neil Bethune, the plantation owner who purchased Tom and his family as a young child. Oliver toured extensively with Tom, earning himself and Bethune enormous sums of money in the process. Despite his incredible talent, Tom was viewed as an object of freakish wonder, still subhuman, as an object for display. McGuffin demonstrates this sentiment noting that "Mr. Oliver has been exhibiting him in every part of the United States...."

McGuffin continues her letter describing for her sister how Tom's talent came to be known by the family. She then describes how Tom sings in different languages, repeats poetry, and can say the "Lord's Prayer" in Latin. She describes how he can play "Fishers hornpipe with one hand Yankee Doodle with the other and carry on a conversation with his master at the same time & not make a single mistake." Tom was well-known for this type of feat, as well as others she describes at the performance such as mimicking the sound of a specific instrument or the sounds of rail cars starting out from the station. She describes how audience members could go upon the stage to play a long and difficult piece which Tom then could replay note for note. Full of wonder, McGuffin ends her report on the performance saying "these things I have just told you about are all true for I saw them all with my own eyes." Manuscript first-hand accounts of Blind Tom's first years of performance are exceedingly scarce.