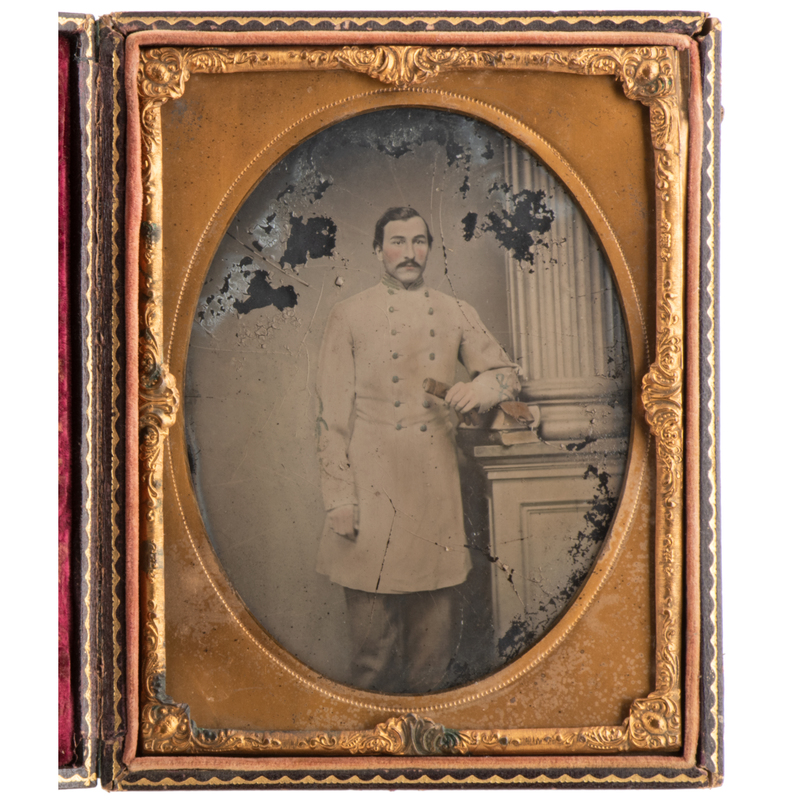 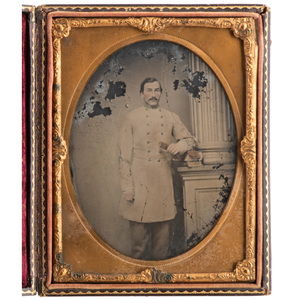 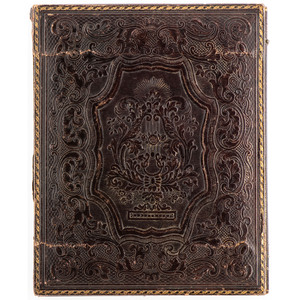 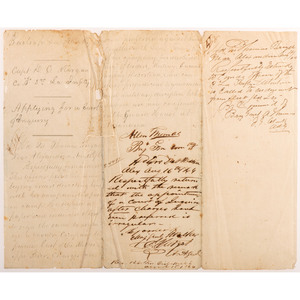 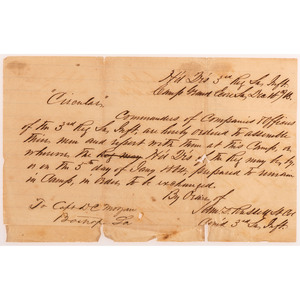 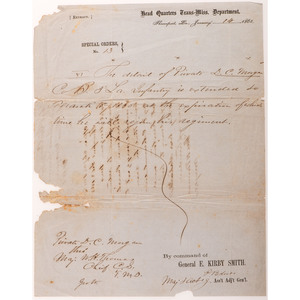 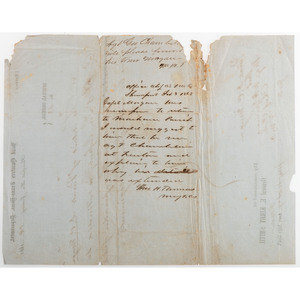 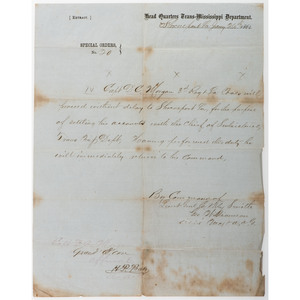 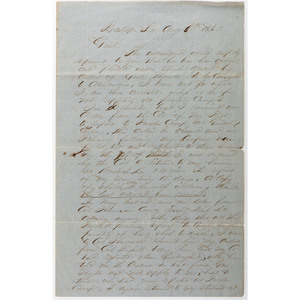 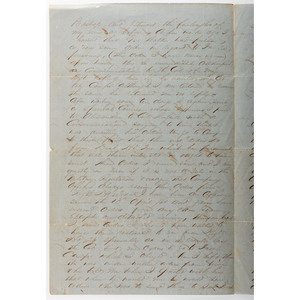 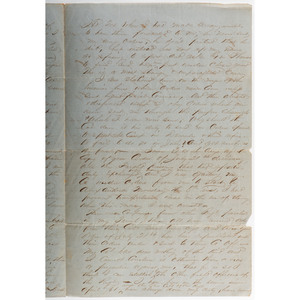 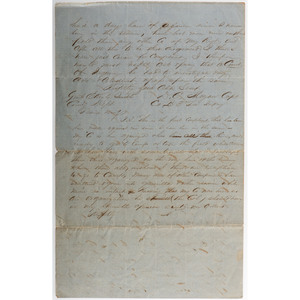 Half plate ambrotype of a Confederate officer clad in a double-breasted coat with a collar badge denoting the rank of captain. He holds what appears to be a glove in his hand and poses beside the same distinctive column used in many studio portraits by C.R. Rees of Richmond, Virginia, though the photographer's name and initials, typically etched at the base of the column, are absent here. Accompanied by extensive collection of letters, military service records, and genealogical research suggesting the identification of Captain Dewitt Clinton Morgan, 3rd Louisiana Infantry, with four original war-date documents regarding Morgan's service record.

Dewitt Clinton Morgan (1828-1895) was working as a lawyer in Bastrop, Morehouse Parish, Louisiana in 1860. He joined the Confederate Army as a second lieutenant on May 17, 1861 in New Orleans and was assigned to Co. B, 3rd Louisiana Infantry, also known as the Morehouse Guards. The unit fought at Wilson's Creek and Elkhorn Tavern, then moved to Mississippi for engagements at Iuka and Corinth. Later, the regiment was assigned to General Louis Hébert's Brigade in the Department of Mississippi and East Louisiana and was captured in the fight at Vicksburg. After his exchange, along with the death and resignation of his two superior officers, Morgan was promoted to captain and given command of the company in 1862.

That summer, the Morehouse Guards merged with the 7th Louisiana Infantry to form the 15th Louisiana Infantry, and this new unit was based near Richmond for subsequent engagements at Bull Run, Antietam, Fredericksburg, and Chancellorsville. Morgan was apparently apprehended again before the war's end, and this lot contains a detailed letter addressed to his general, written by Morgan after his arrest while "under strict guard by order of Genl. Thomas" on August 6, 1864. Also with a docketed application for a Court of Inquiry regarding the arrest; two Special Orders issued by General E. Kirby Smith from the Headquarters of the Trans-Mississippi Department, 1864-1865; and a circular announcing an order for assembly, issued by Lieutenant Colonel James Russell and addressed to Morgan in 1865.

After the war, Morgan returned to Louisiana to practice law. Conflicting marriage, census, and mortgage records muddy the particulars, but he married either Sarah "Sallie" F. Traylor in 1868 or her younger sister Ellie in 1876; both women are recorded as living with Morgan in Bastrop in the census of 1870.

Housed in full pressed paper case, with parallel bands of wear across front and back covers, in line with hinges. Plate with flaking to emulsion to top third of image and right edge near column, with scratch crossing subject's raised arm.