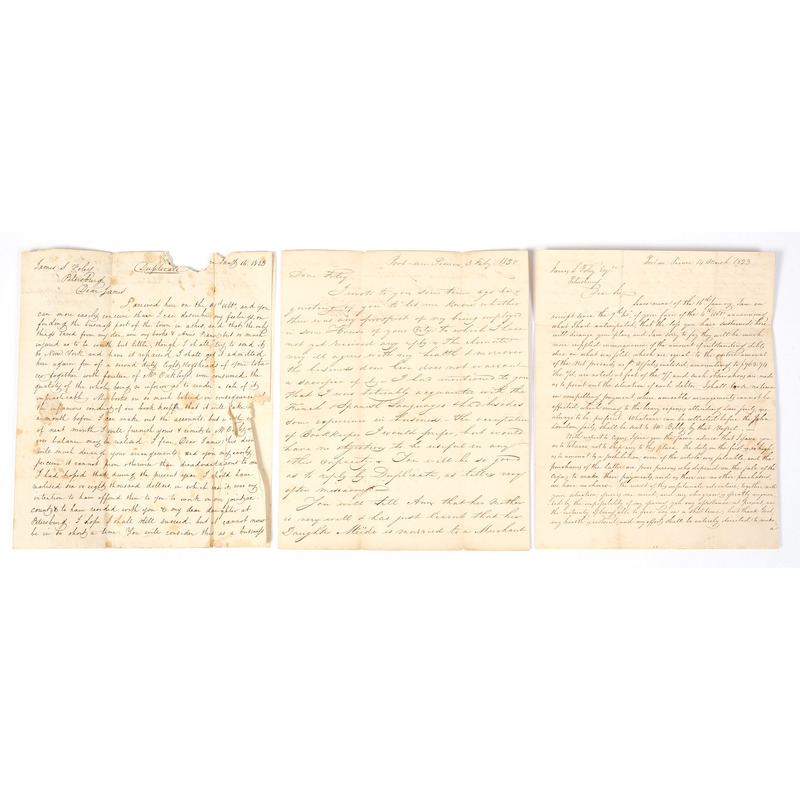 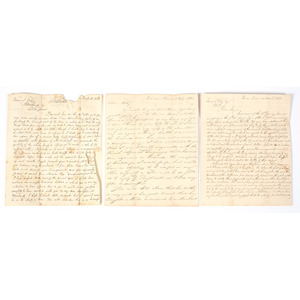 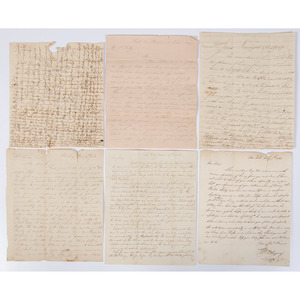 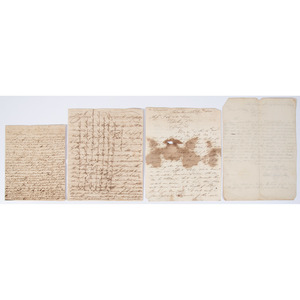 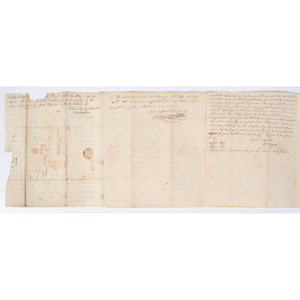 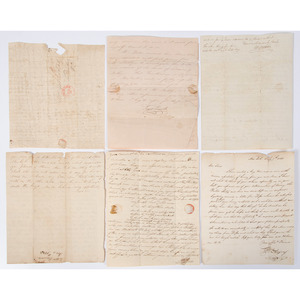 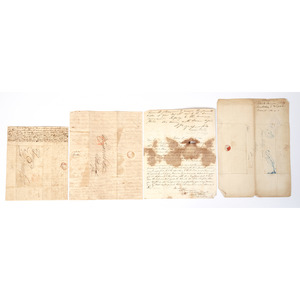 Lot of 12 documents, the majority of which is correspondence between the Dawson & Bibby mercantile house in Port-au-Prince, Haiti, and James Foley, a lawyer in Petersburg, Virginia, 1819-1844. Letters primarily concern the receipt and sale of shipments of tobacco and other goods, including coffee, flour and soap. William Dawson, one of the house's founders, seems to be Foley's primary contact for his largely unsuccessful business ventures in Haiti, and letters between the two men reveal that Foley is married to Dawson's daughter, Ann.

Given their relationship, the content addresses professional and and personal topics, including the weather and Dawson's health. When the content turns to business, Dawson frequently tries to mitigate the "loss [Foley] ha[s] sustained here," though he notes in one letter, dated March 14, 1823, that he is "sorry to say [assets] will be much more crippled in consequence of the outstanding debts due on what was sold, which are equal to the entire amount of the net proceeds."

Though not explicitly stated, Foley's losses may be attributed to ongoing political unrest in Haiti, following the nation's revolution at the turn of the century. The new president, Jean-Pierre Boyer, sought to reunite the north and south of Haiti early in his career (1820), as well as to annex Santo Domingo (1822), thus bringing all of Hispaniola under control of the Haitian government at Port-au-Prince. Shortly thereafter, in a letter dated January 16, 1823, Dawson tells Foley that he found "the business part of the town in ashes, and that the only things saved from [his] store were [his] books & Ann's piano, but so much injured as to be worth but little." He elaborates on the financial implications of the blaze, noting that "eight Hogsheads of [Foley's] tobacco. . . were consumed, the quality of the whole being so inferior as to render a sale of it impractical. . . I fear, dear James, this disaster will much derange your arrangements."

By 1827, Dawson's mercantile endeavors seem to have come to an end, given references to "the late house of Dawson & Bibby," and a letter dated February 3, 1830 even finds Dawson somewhat desperately asking his son-in-law for his help in finding a new job: "I wrote to you some time ago requesting of you to let me know whether there was any prospect of my being employed in some House of your city, to which I have not yet received any reply."

Condition varies. Most with brittleness, creasing, and areas of tearing and staining. Some letters are written on partially printed mercantile documents, while the text overlaps considerably in others.