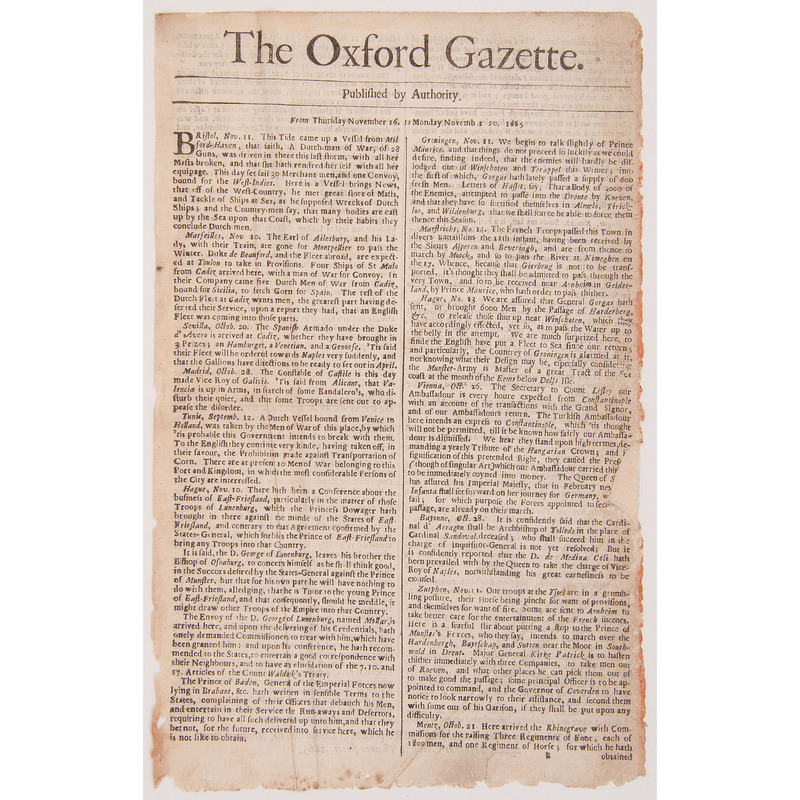 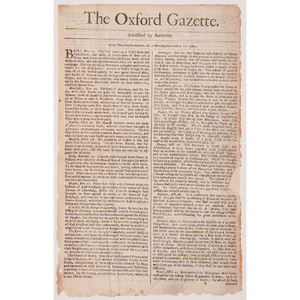 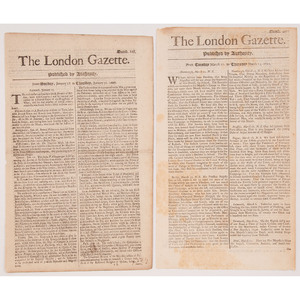 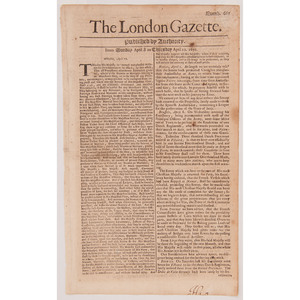 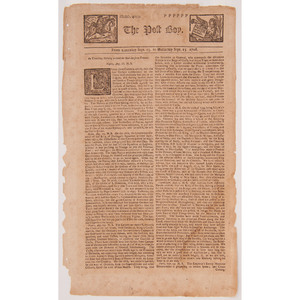 LITCHFIELD, Leonard (1604-1657). The Oxford Gazette. Re-printed at London by Thomas Newcomb. Nov. 16-20, 1665. [Second Issue]. (Vertical crease, small chip with neat repair on right edge). Started by Henry Muddiman with it's first issue published on 7 November 1665. It was during this period that King Charles II had moved the Royal Court to Oxford to attempt to escape the Great Plague of London. Notable that Samuel Pepys noted the first issue in his diary. Issues #1-23 were published in Oxford, with most simultaneously printed in London as well, as seen here. When the King and Court returned to London, the Gazette moved as well, with the first London issue (labeled No. 24) issued on Feb. 5, 1666. The London Gazette, still published, claims to be the oldest continuously published newspaper.

MORPHEW, John (d.1720). The Post Boy. Sept. 13-15, 1716. Numb 4233. 2pp. 8.25 x 13.75 in. Illustrated masthead. (Toned, tape repair at upper edge, dampstain to lower right). Morphew was a significant literary and political publisher, at one point printing works for both the Whigs and Tories, though later closely associated with the Tories. Material published about the sensitive Anglo-Swedish relations caused Morphew to be arrested in February 1717.