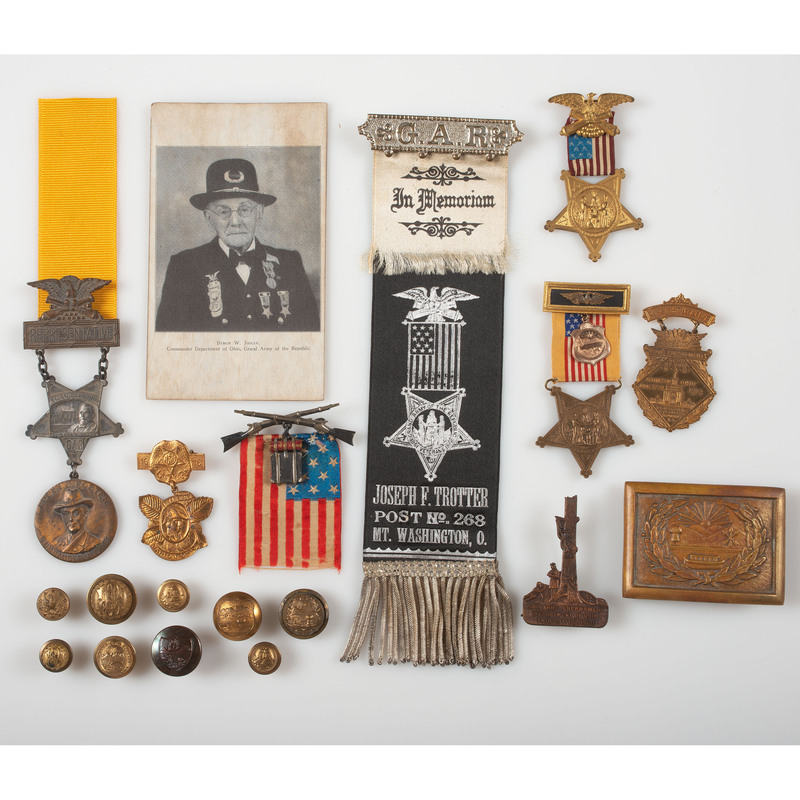 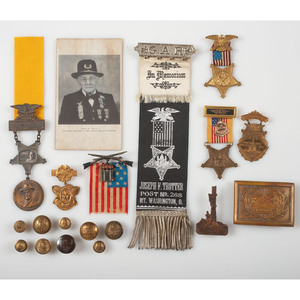 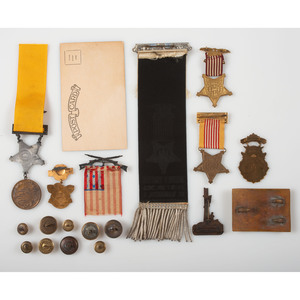 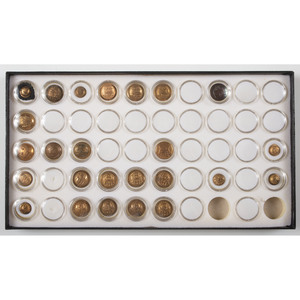 [GRAND ARMY OF THE REPUBLIC]. A group of Ohio GAR items including buttons, badges, and ribbons, comprising: