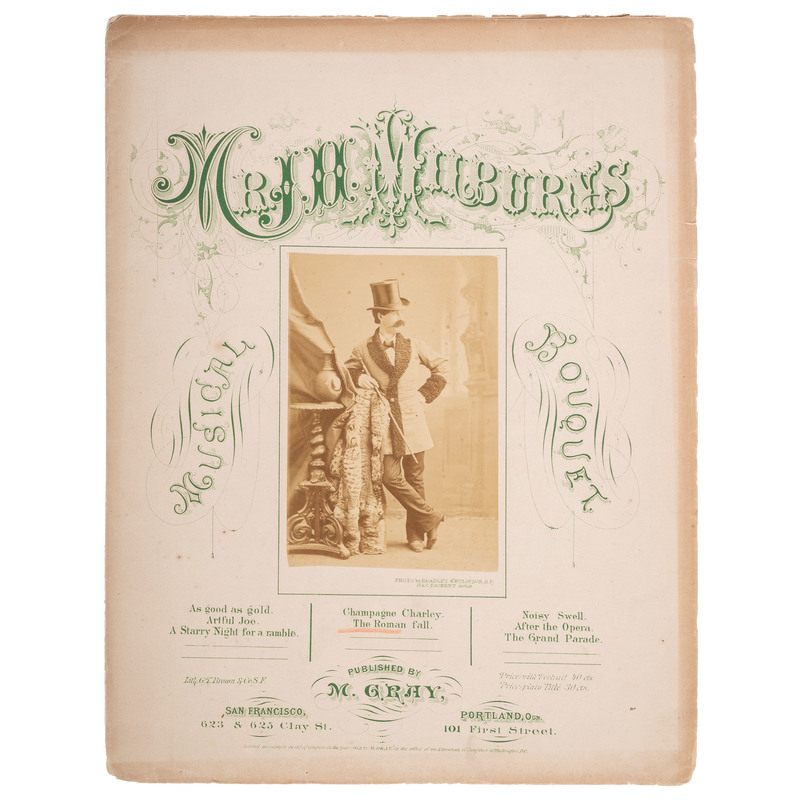 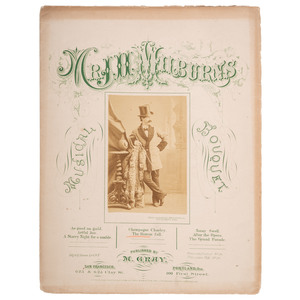 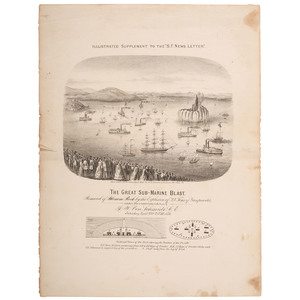 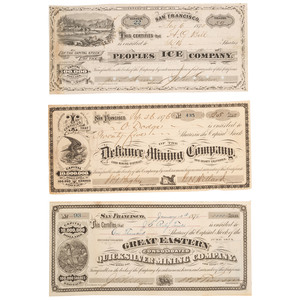 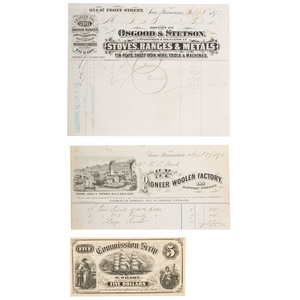 The Great Sub-Marine Blast: Removal of Blossom Rock by the Explosion of 23 Tons of Gunpowder, under the superintendence of A. W. Von Schmidt, C.E. San Francisco: San Francisco News Letter, [1870]. 266 x 349 mm. Lithograph on paper. “Illustrated Supplement to the ‘S.F. News Letter’.” Imprint “G.T. Brown & Co. Lith. 540 Clay St.” A vignette illustrating the engineered explosion of Blossom Rock on April 23, 1870. A large sandstone boulder just below the surface of the water, it was located between Alcatraz and Yerba Buena Islands and was considerably perilous to any kind of craft. Minor brown spotting to edges, small tear to left edge. Very scarce.

Brown moved to Victoria, British Columbia in 1882 and soon joined the Canadian Government’s Amos Boman Geological Survey for which he made sketches of the scenery along the Fraser River east of the Cascade Mountains. He also opened a studio in Victoria and began to produce paintings of the local landscape. Ever the wanderer, Brown moved to Portland, Oregon in 1886 where he maintained a studio until 1889, and where he was listed as an artist in the Portland city directories and in the directory of the Portland Art Guild.