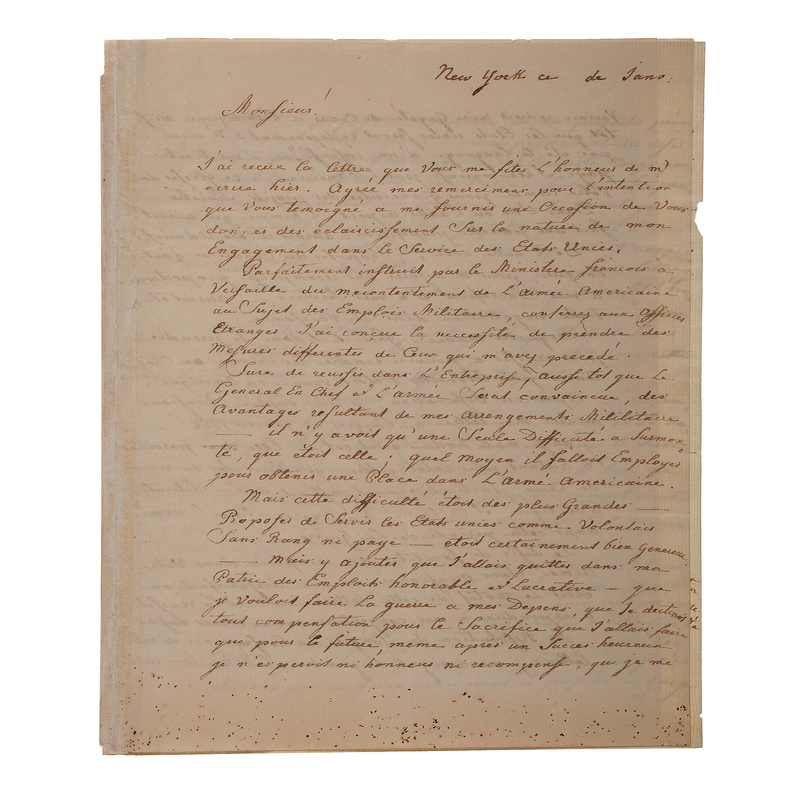 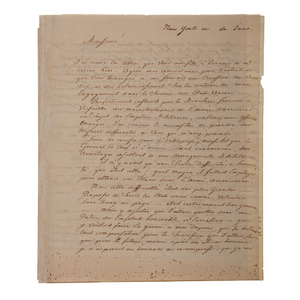 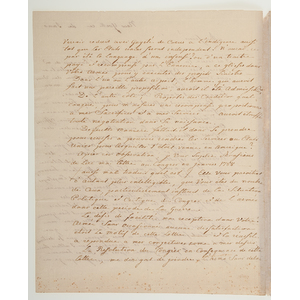 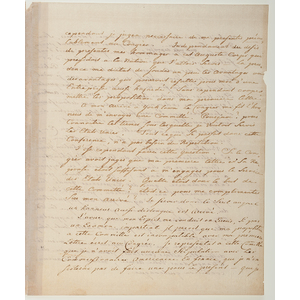 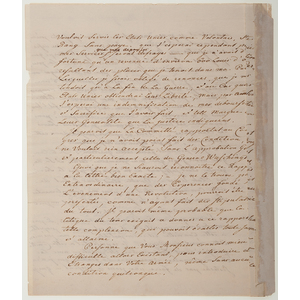 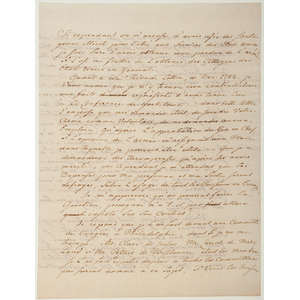 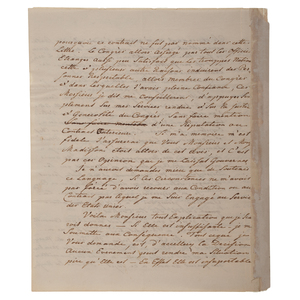 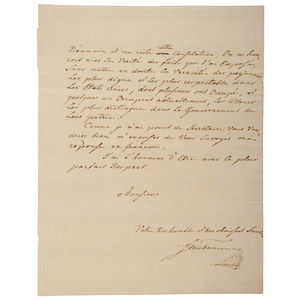 In the letter, Steuben reminds Congress that his original appointment/contract (from the translation): ... my requests were to join you Army as Volunteer, not to request any Employment until after the approval of the General in Chief and the opinion of the Army assigning me a place in which I could be useful - That I did not ask for rewards until after I had merited them, but that I expected that the expenses for my person and my suite would be defrayed...

He then mentions several members of Congress with whom he met, including future president James Madison, and signers Abraham Clark and Charles Carroll, ...in whom I had full confidence, these men, I say, advised me simply to rely on my services rendered and on the justice and generosity of the Congress.... If my memory serves me right, I would assure that you, Sir, and Mr. Madison were then of that opinion, and it is by these opinions that I let myself be governed. I would have been quite willing to uphold this language if the circumstanced had not forced me to resort to the conditions or to the contract through which I have entered the service of the United States.... All I am asking you is to speed up the decision....Nevertheless, I have this consolation left: the truth of the facts which I have set fort cannot be denied without drawing into doubt the veracity of the most worthy and most respectable persons in the United states, Of whom some have occupied and some at present occupy the most distinguished places in the Government of their country....

Friedrich von Steuben was released from the Prussian army for unknown reasons in 1763. He became "Baron" upon his becoming chamberlain in the Petty Court at Hohenzollern-Hechingen. Since he was the son of an army engineer, he was not born into wealth, so when his equally impoverished prince failed to find funding, Steuben decided to find an appointment in another army. He applied to Austria, Baden and France, to no avail. However, France saw his value in training the infant Continental Army in America, and put him in touch with Benjamin Franklin in Paris. The letter of introduction from Franklin exaggerated a bit, calling him a "Lieutenant General in the King of Prussia's service."

He was advanced travel funds, and in late September 1777 found himself in Portsmouth, NH. By December he had worked his way into Boston high society. He then went to York, PA where the Continental Congress had retreated from Philadelphia. Steuben made contacts and in February 1778 Congress had accepted his offer to volunteer, temporarily without pay. By the 23rd he found himself at Valley Forge confronting an army in dire conditions.

Steuben did not speak English, but could communicate with some of the officers in French. Two who were of great help to him were Alexander Hamilton and Nathanael Greene. They put together a training manual and began training a "model company," whose members would go back to their respective units and train them in turn. Frustrated with the lack of discipline, Steuben took to yelling and swearing at them in German and French. When the troops seemed immune to that, he had his French-speaking aid swear at them in English for him. However it happened, it worked.

By the 1778 campaigns, the Continental Army was coming together as a fighting force, and would go on to prevail over their better-trained English and Hessian enemies. Baron von Steuben has been given much credit for creating a fighting force. Steuben remained in the army throughout the war, taking a leave for illness just before the end, rejoining the army in time for the Battle of Yorktown. He then helped decommission the forces and became an American citizen in 1783. He was given a large farm (ca 16,000 acres) by New York and a pension by Congress of $2,500, but was still in financial straits, having only a small income from lands in Europe for the duration of the war. Alexander Hamilton helped mortgage the land. Many of his debts were settled by friends. He never married and upon his death his property was left to his aides.