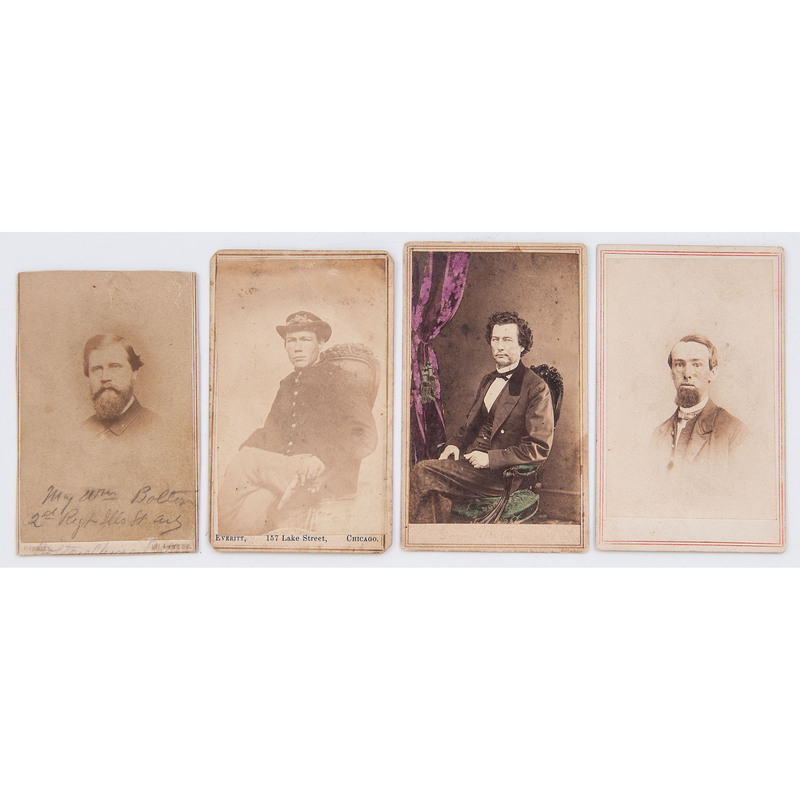 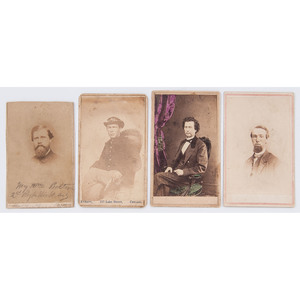 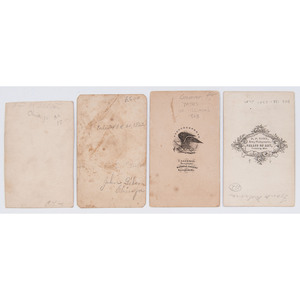 Nicely tinted view of Illinois Governor Richard Yates (1815-1873) taken by "C.S. German, Springfield, Ills." c.1863.  Kentucky born Yates was the indomitable wartime Governor of the state that launched the the political career of his friend Abraham Lincoln.  A former lawyer, state representative, and Whig congressman, Yates was elected in 1860 and was an outspoken critic of slavery adamantly opposed to its expansion into the western states and territories, perhaps more so than the future President.  At his inaugural address he flatly denied that the Southern states had "any right to secede from the Union."  With the advent of war Yates was quick to raise volunteers for the Union and secure both state and privates funds to equip them.  He was responsible for commissioning future luminary U.S. Grant as colonel of the 21st Illinois. Within a few days of Ft. Sumter Yates had secured the strategically important gateway city of Cairo with Illinois militia transported via rail from Chicago.  Yates also offered Illinois troops to protect the Federal Arsenal at St. Louis from falling into Southern hands and surreptitiously transported thousands of government weapons across the river to Illinois.  During the war the Governor was in perfect harmony with the Lincoln administration causing significant federal financial resources to be directed to the state and to Chicago in particular.  In the wake of the bloody battle of Shiloh Yates acquired the moniker of "the soldier's friend" thanks to the influx of humanitarian assistance and hospital infrastructure created to care for the wounded. In September 1862 Yates and the several unwavering governors of Midwest states became early proponents of Lincoln's idea of an Emancipation Proclamation.  In an act that would certainly be admonished as unconstitutional today, Yates suspended and dissolved the Illinois Legislature on June 10, 1863 believing that the body had been infiltrated by the pro-Southern Knights of Golden Circle. At the end of the war Yates was reelected to the US Senate serving from 1865 to 1871 during which time he actively supported the impeachment of Andrew Johnson.  The esteemed war governor died suddenly at St. Louis on November 27, 1873.

A vignette identified in pencil on verso as "Frank Melrose" with back mark of "D.P. Barr, Vicksburg, Miss."  The fashionably goateed subject wear a military vest beneath a common civilian frock coat. Franklin Melrose enlisted from Scotsville, Il. as a private in Co. I, 48th Illinois Infantry on 9/15/61.  Melrose must have served through at least mid-1863 but his ultimate fate is not recorded in the Illinois Adjutant General's Report.  The 48th Illinois was a hard fighting western regiment that saw initial combat at Forts Henry and Donelson, followed by Shiloh, Vicksburg, the Atlanta campaign, March to the Sea, and Bentonville suffering 123 men killed and mortally wounded before mustering out in August 1865.