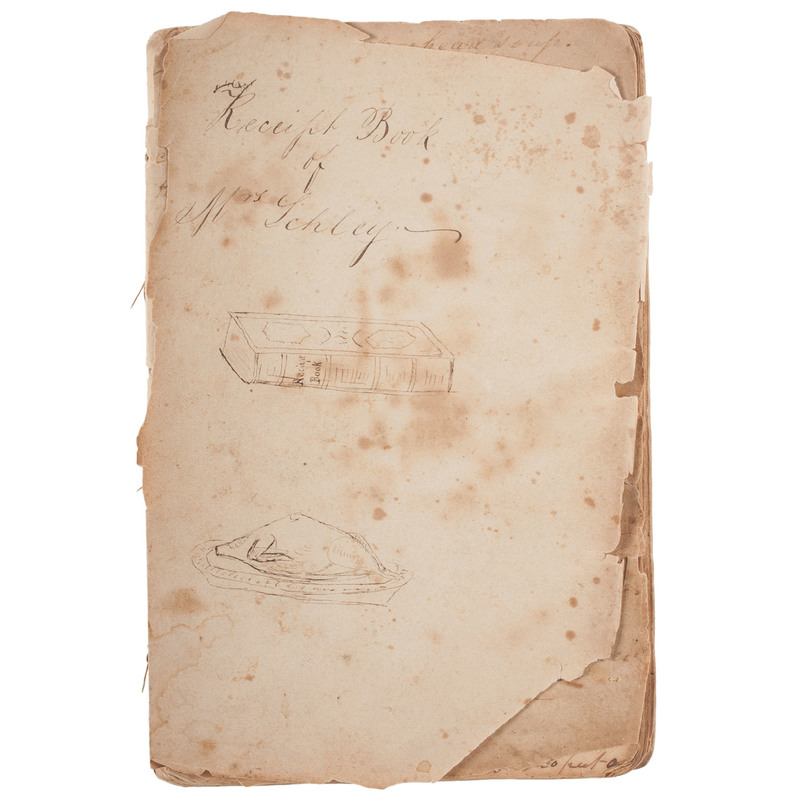 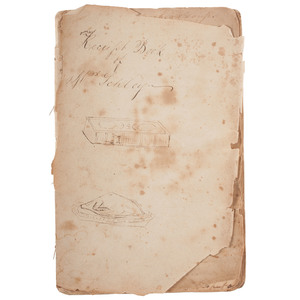 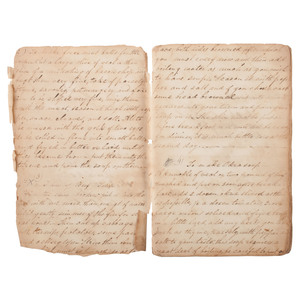 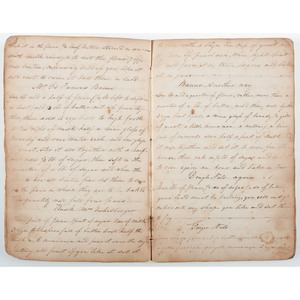 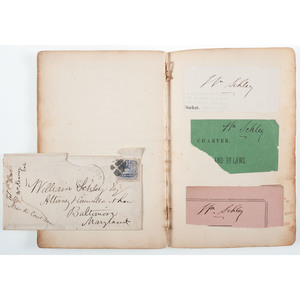 Early 1830s manuscript cookbook entitled “Receipt Book of Mrs. Schley” (Ann Cadwalader Ringgold Schley (1801-70)). Mrs. Schley was the wife of Maryland State Senator William Schley (1799-1872) who fought a duel with US Congressman William Cost Johnson in 1837. Her father was General Samuel Ringgold (1770-1829) a US Congressman and Maryland Militia General. Her maternal grandfather was Reverend War General John Cadwalader (1742-86) a supporter of General Washington who shot General Thomas Conway in the mouth during a duel in retaliation for Conway’s participation in the "Conway Cabal” -- The attempt by Officers to remove Washington as C-I-C of the Continental Army. Her brother was Major Samuel Ringgold (1796-1846) Mexican War Hero (aka "Father of Modern Artillery") reputed to be the first US Officer to fall in the Mexican War. Her brother’s name is cited in a verse of “Maryland, My Maryland” the state song of Maryland.

The bound manuscript, approx. 80pp (40 leaves), contains 90 recipes Mrs. Schley accumulated in the early 1830s (one recipe is dated 1834, thus dating the manuscript). Presumably, most entries are in her own hand (she confuses the name recipe for receipt), but she also includes recipes from friends and relatives (attributing the source of the recipe). The handwriting differs in some places, so it may be she asked the person submitting a recipe to write it down for her. One page contains three clipped signatures of her husband, William Schley.

Included among the recipes are some unusual delights, including one entitled “Calves Head Soup.” (… after the head is well cleaned, groom the hair & put it into a large stew pan cover it with water… let them set until the head is quite tender then take out the head, put it on a dish and separate everything form the bone which is to be cut into small pieces…. Strain water… put the meat in… flour…butter…brown sugar…).