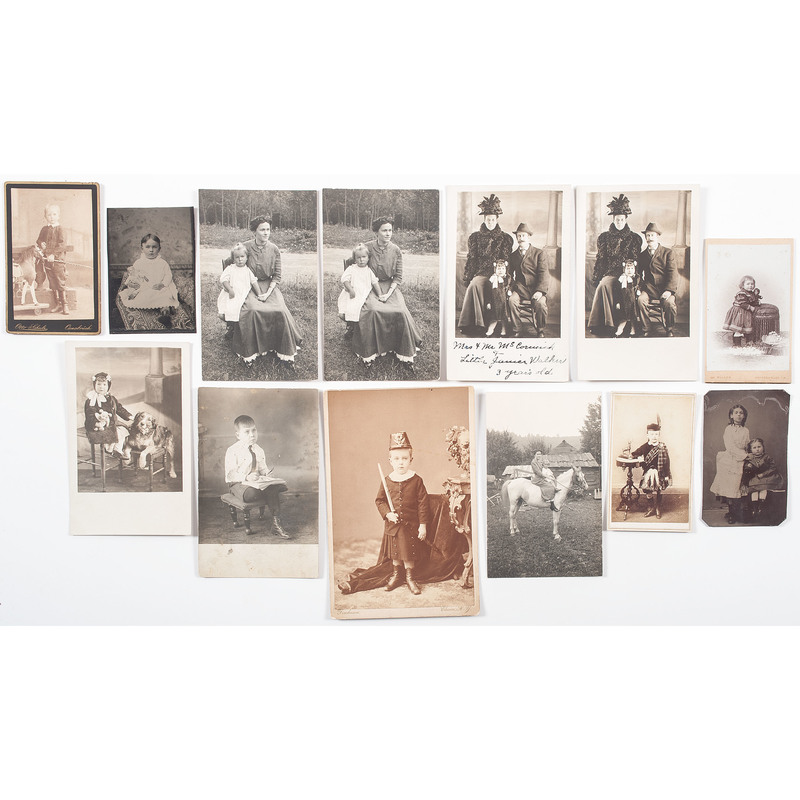 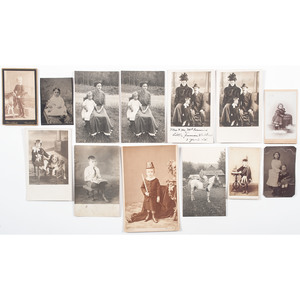 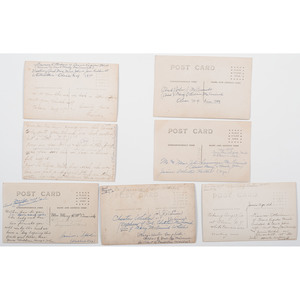 Endearing CDVs, Cabinet Card, Tintypes, and RPPCs of Children, Many with Pets or Toys, Lot of 13

Group of 7 real photo postcards relating to the McCormick-Otterbein family of Olean, NY, including two copies of two of the photos. One shows a woman and child. On verso: "Frances Otterbein of Grand Rapids, Mich. (niece to Aunt Mary McCormick) Visiting Aunt Mary, Uncle John & Jane Walker (?) at White Glen - Olean NY 1910." Both of these also have messages on them.

Postcard of Janice with a toy bear and a pet dog (identified as "Spider").

Postcard with young boy with a book in his lap. On verso identified as "Chester Wheeler / Nephew of Col. Chester McCormick / Son of Mary McCormick Wheeler / Mary & chester - Bro & Sister - children of Uncle Geo. McCormick / He = Eldest of Grandmother's 12 children."

Postcard with same woman and child as the first two cards sitting on a horse. On verso: Frances Otterbein of Grand Rapids, Mich. (related to Uncle John's wife - Aunt Mary McCormick and Janice Walker on Vanderbilt at "the Tents" opposite building of Healttarium. Taken Aug. 17 / 10 at Olean N.Y. while Francis was visiting me.

Two CDV-sized tintypes, one of toddler with her doll; the other of two young girls, likely sisters - younger one sitting, older one standing with her hands protectively on the younger sibling's shoulder.

Very good overall, other than the back of the postcards being used. 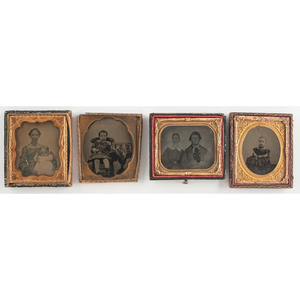