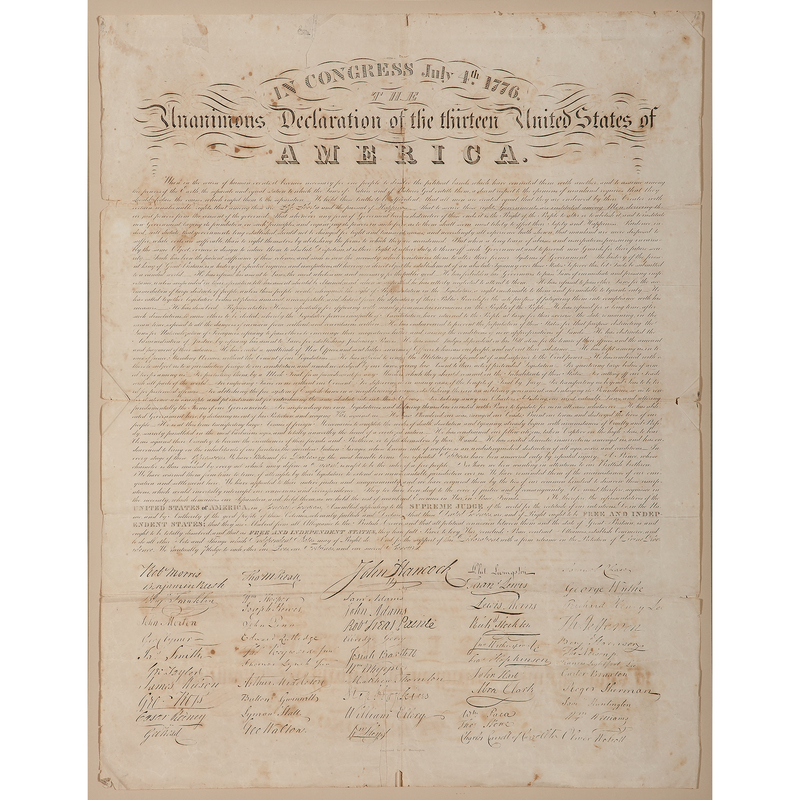 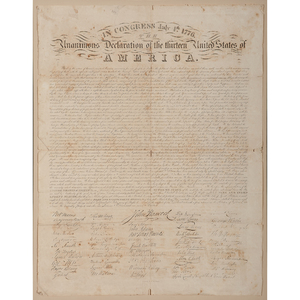 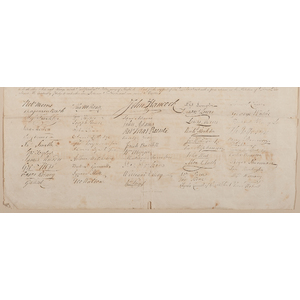 After the "Second American Revolution," the War of 1812, there was a resurgence of patriotism in the nation. The founding generation was passing quickly, and the war stimulated a renewed interest in American history and principles. A number of engravers jumped into the fray, competing to publish a copy of the Declaration of Independence before the others and thus grab a larger share of the market.

One of the early publishers was Benjamin Owen Tyler whose print was the first with facsimiles of the signatures at the bottom, published in 1818. John Binns also reproduced the signatures, but added the seals of the 13 first states and the first three presidents in a wreath around the document, attractive to those wanting to display the print, published 1819.

It is thought that Eleazar Huntington, a calligrapher and engraver in Hartford, CT, began his engraving just after this, about 1820 or so. Huntington followed the style of Tyler in the title, but did not have as much ornamentation of the letters. The text was also similar to Tyler's, done in a fairly typical early 19th century style. The signatures were more like those reproduced by Binns.

The exact date of the publication of Huntington's version of this document is uncertain, but likely about 1822. Although the exact number printed is unknown, it is thought only a few hundred, and as of 2016, only two are known to be in institutional collections according to WorldCat (University of Virginia and Colonial Williamsburg Foundation). It appears to be even more rare than the Stone/Force copies.
Very shortly after Huntington published his version, William J. Stone was working on a very similar document to Huntington's. Stone's version was endorsed by J.Q. Adams, July 4, 1823 and released in January 1824.
The consignor relates that the document was among the estate items left by Indiana's George B. Huff, Sr. (1919-2005), a highly decorated World War II Army Ranger, a state of Indiana elected assemblyman, and a genealogist of note, having held membership in the Society of Colonial Wars, the Sons of the Revolution, and the Sons of the American Revolution.