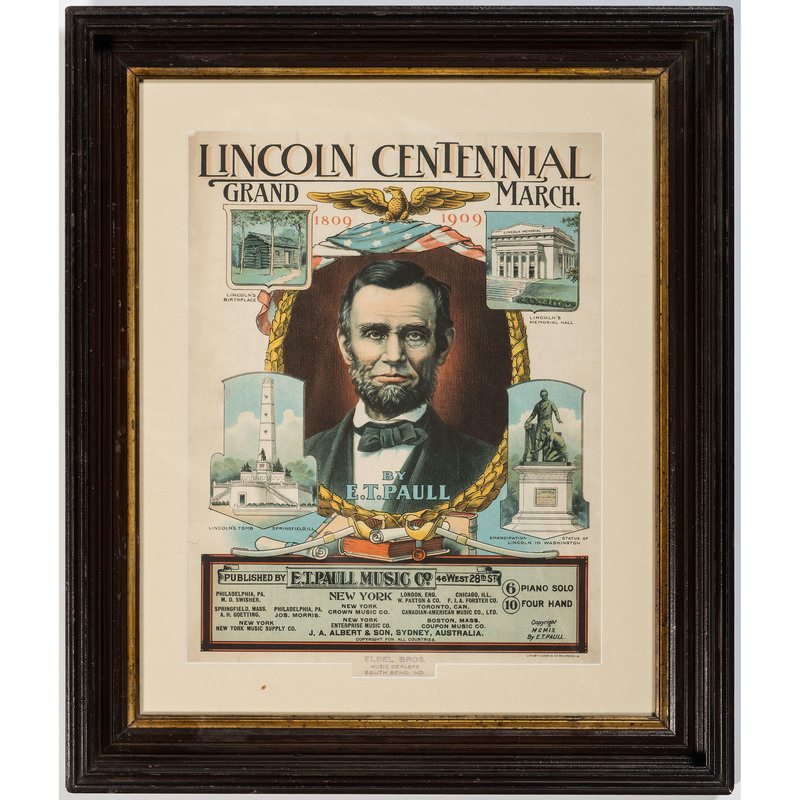 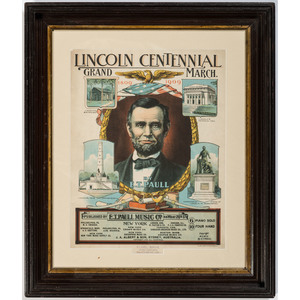 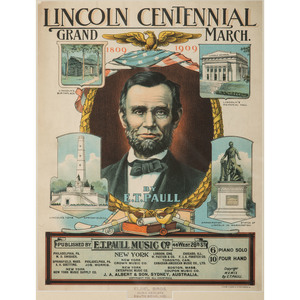 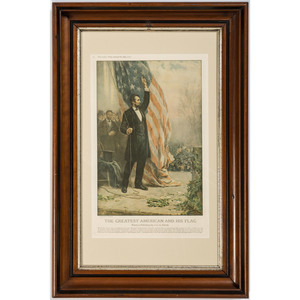 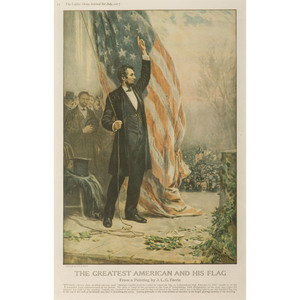 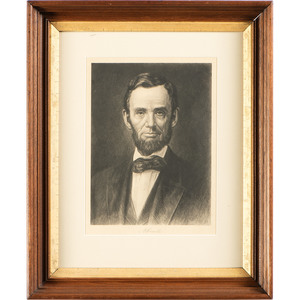 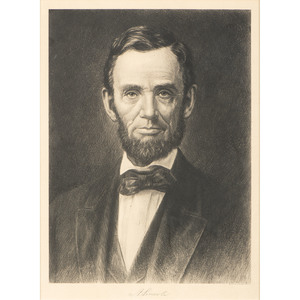 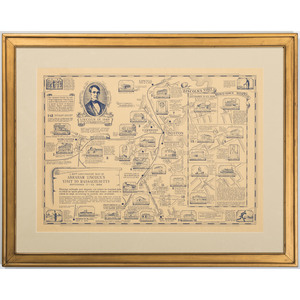 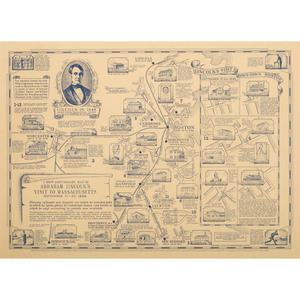 Early Twentieth-Century Artistic Celebrations of Abraham Lincoln, Including Sheet Music Cover for the "Lincoln Centennial March," Plus, Lot of Four

Lot of 4 twentieth-century prints related to the life and achievements of President Abraham Lincoln.

Richard F. Lufkin: Boston, Massachusetts, n.d. ca 1948. 25 x 17.75 in. (sight), framed to 32.5 x 25.75 in. Printed map entitled, "The 100th anniversary map of Abraham Lincoln's visit to Massachusetts, September 11-23, 1848," showing important sites from then-Congressman Lincoln's trip to Massachusetts, including the railroads and depots via which he traveled, the halls in which he spoke, and homes and hotels in which he slept. The primary objective of his travel was to campaign for presidential candidate Zachary Taylor at the Whig state convention and in the surrounding area, but it also helped introduce Lincoln's skills as an orator to a national audience, in anticipation of his own run for president.

Curtis Publishing Company: Philadelphia, Pennsylvania, 1917. 9.5 x 15 in. (sight), framed to 16 x 24 in. Illustration published in Ladies' Home Journal after J.L.G. Ferris's The Pageant of a Nation, 1861, showing Lincoln standing on a stage before a large American flag, with his left arm raised overhead.

Majority with toning and light soiling. Sheet music cover appears to have some minor tears at edges. Not examined outside frames.