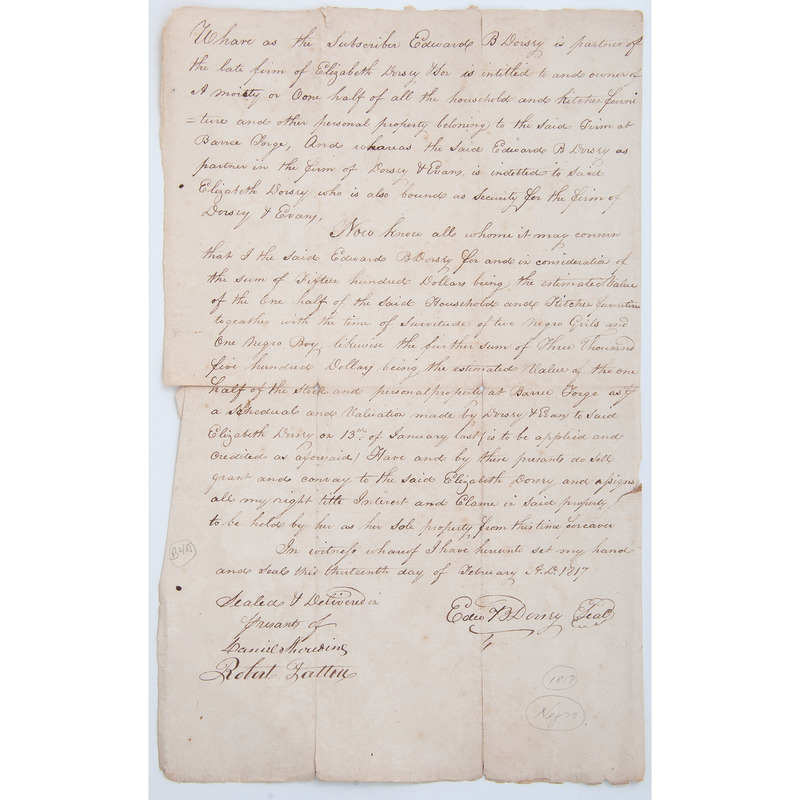 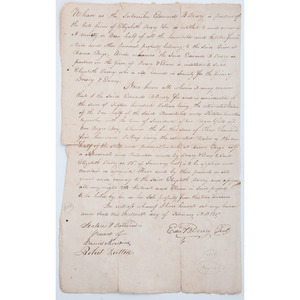 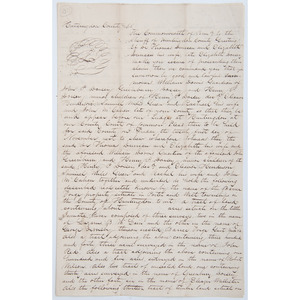 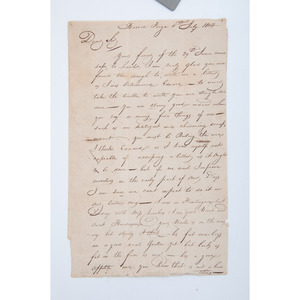 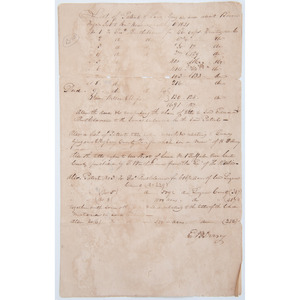 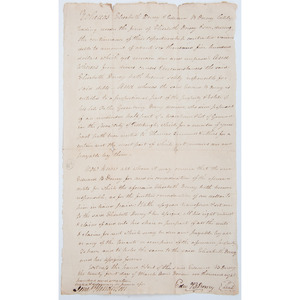 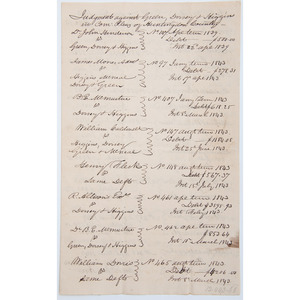 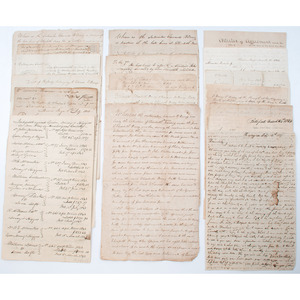 Lot of 20, including 15 documents related to family and business matters of the prominent Dorsey family of Huntingdon County, Pennsylvania. Documents span 1804-1845 and primarily reference the family's business interests in Barree Forge as well as ownership of land and property. Notable in the archive is a property transfer dated February 13, 1817, from the "late firm of Elizabeth Dorsey & Son" at Barree Forge to the firm [Edward] Dorsey & Evans, 1p, 8.25 x 13 in., which includes "the time of servitude of two Negro Girls and one Negro Boy." Significantly, Pennsylvania had passed the Gradual Abolition Act in 1780 which freed enslaved African Americans in the state, but only after a lengthy period of indentured servitude. By some estimates there were less than 1,000 slaves remaining in Pennsylvania by 1810, meaning that the "servants" referenced in this document represent the less than 4% of the Black population in Pennsylvania that still existed as slaves/indentured servants.

According to the biographical statement accompanying the Dorsey Family Papers housed at the Winterthur Library, "the Dorsey family of merchants, land owners, and sugar refiners, inhabited various places throughout Harford County, Maryland, and eastern Pennsylvania, including Philadelphia, from the early 18th through the mid-nineteenth centuries." The branch of Dorseys represented in this collection descend from Greenbury Dorsey (1752-1807) who was born in Maryland and later operated as merchant in Philadelphia before working as ironmaster of Barree Forge in Huntingdon County. Edward B. Dorsey (1787-1841), son of Greenbury and Elizabeth Bartholomew Dorsey (1761-1833), played a prominent role in the family mining business, along with his brother-in-law Samuel Miles Green (1797-1878). Green, a lawyer by training, was born at his grandfather's ironworks and eventually abandoned the practice of law to enter the family business. He married Rachel Dorsey (1800-1863) and later became the manager of Barree Forge.

The documents in this collection are largely related to Edward B. Dorsey, his mother Elizabeth, and Green, and include, in part, the following: "List of property belonging to Edward Dorsey"; 1812-1814 ledger, 4pp, for Union Furnace, which was run under the business name of "Dorsey, Green, & Co."; multiple legal documents between Elizabeth Dorsey and Edward Dorsey concerning transfer of household and other property; an 1831 "Lists of Patents of Land lying in and about Barree Forge" signed by E. B. Dorsey; a 4pp document, 1843, "Judgements Against Green, Dorsey, and Higgins in Com[mon] Pleas of Huntingdon County"; and an 1849 "Statement of Accts and Judgements Dorsey & Green to Estimate a Compromise with Creditors [?]." Other documents reference Pennsylvania businessmen and citizens of note such as Thomas Cromwell, Jacob Guy, John Blanchard, William Chamberlin, Abel Blanchard, Francis Tyler, and Alexander Fullerton.

Conditions vary but generally documents are in good condition with expected wear and toning given age. 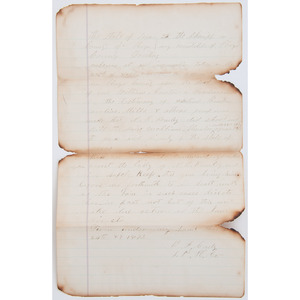 Texas Arrest Warrant for the Killer of a Freedman, 1873 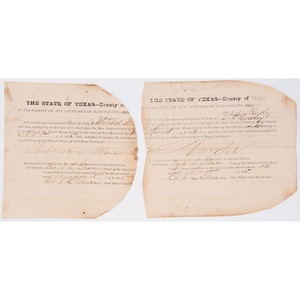 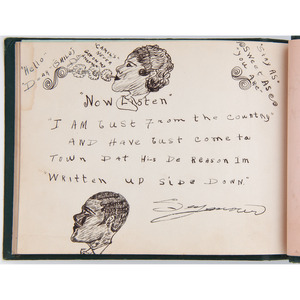 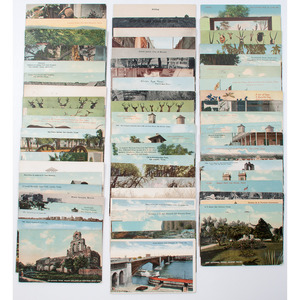