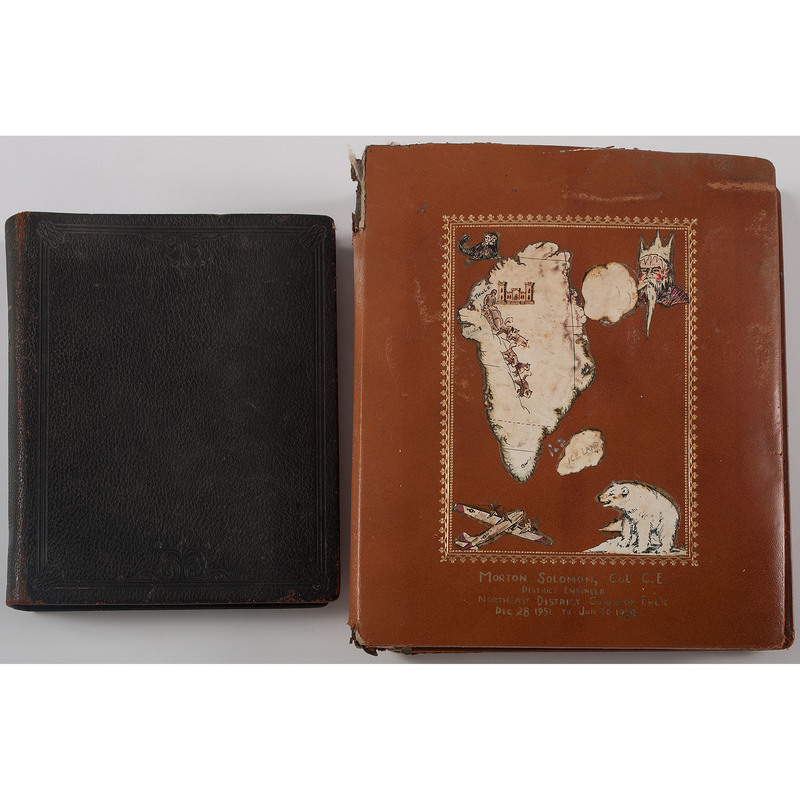 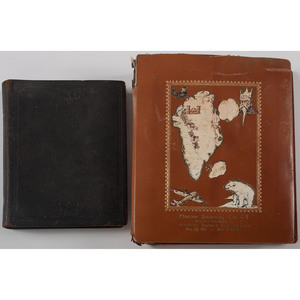 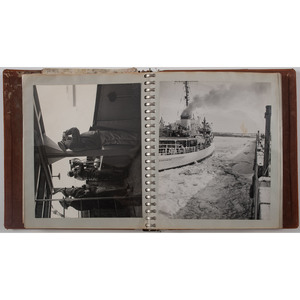 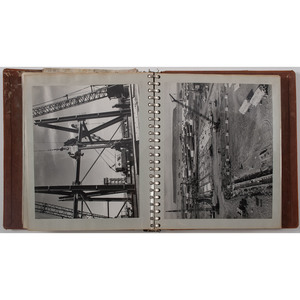 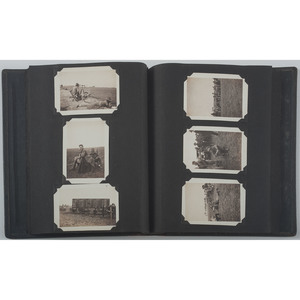 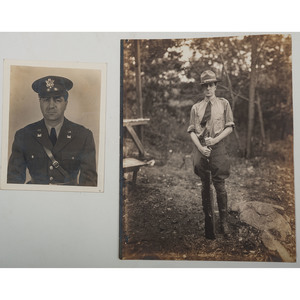 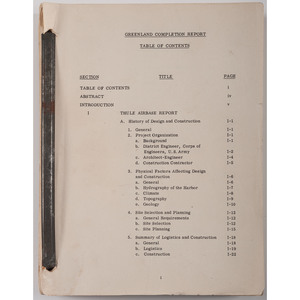 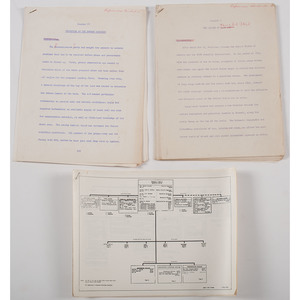 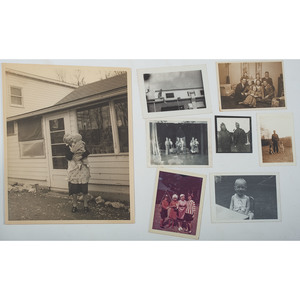 Personal archive of Colonel Morton J. Solomon (1903-1990), District Engineer, Army Corps of Engineers' Northeast District Office (New York), who participated in the construction of Thule Air Base, America's northernmost military base located 750 miles north of the Arctic Circle on the northwest coast of Greenland. Large lot includes documents related to the construction of Thule as well as personal photographs and other memorabilia.

Construction on Thule AFB began in secret in 1951 following the outbreak of the Korean War in 1950. Code named "Project Blue Jay" (sometimes "Operation Blue Jay"), the base-building operation at Thule was just one of a series of bases built following World War II as part of America's dual policies of containment and deterrence against Soviet aggression. According to one document in the archive, "The future Deputy District Engineer and Contracting Officer, Colonel Morton Solomon, was already working on the Thule project [prior to start of construction]. As Assistant Chief of the Repairs and Utilities Division, Office of the Chief of Engineers, he had attended the 5 January [1951] negotiations with the joint ventures. Colonel Solomon, a civil engineer from City College of the City of New York, integrated with the Regular Army in 1947, had extensive experience with air base construction, having been thus employed in the United States and in Brazil during WWII...."

Documents in the archive include: organizational charts showing the command structure for the project; diagrams depicting foundation construction for light occupancy buildings; draft chapters from an unidentified publication, with chapters such as "The Design of Thule Air Base," "Selection of the Runway Location," and "Blue Prints for Blue Jay,"  all of which describe construction of Thule AFB; an essay "Heating Facilities at Thule Air Base"; the richly detailed "Greenland Completion Report" which chronicles the entire construction project at Thule from start to finish as well as the development of smaller Greenland facilities at Sondrestrom and Narsarssuak; and more.

Personal photographs are both loose and in albums. One large album, 10 x 11.75 in., containing 79 black and white photographs each measuring approximately 8 x 10 in. is embossed on the cover "Morton Solomon, Col. C. E. / District Engineer / Northeast District Corps of Eng's / Dec 28 1951 to Jun 30 1954". A letter accompanying the album seems to indicate that it was a gift to Col. Solomon upon departure from his role at the Northeast District office, and reads in part, "Dear Boss / We couldn't give you any thing at the party so dreamed up this deal. Hope you get some pleasure and no nightmares from the pictures." Inscribed on the interior cover page is "To: "The Boss" / From: Your Family in the Northeast District." Album photos document the construction of Thule Air Base and group portraits in the album appear to show staff members from various departments of the Army Corps of Engineers' Northeast District office.

A second album, 7.5 x 9.5 in., contains 80 photographs ranging in size from approx. 3.25 x 4.25 to 2.5 x 1.75 in. The interior cover page is inscribed "Morton Solomon / Oct 12, 1929." While the snapshots are not labeled, they appear to show Solomon and other soldiers in training at the rifle and pistol shooting ranges of Camp Perry Military Reservation on the shores of Lake Erie near Port Clinton, Ohio. An additional 65+ loose photos in a range of sizes accompany the album. These loose photos are predominantly of a military nature, however, personal and family photos also are included such as images of  Solomon's  wife Lillian R. Solomon and his son.

Documents and photographs are generally in good condition with expected wear given age.