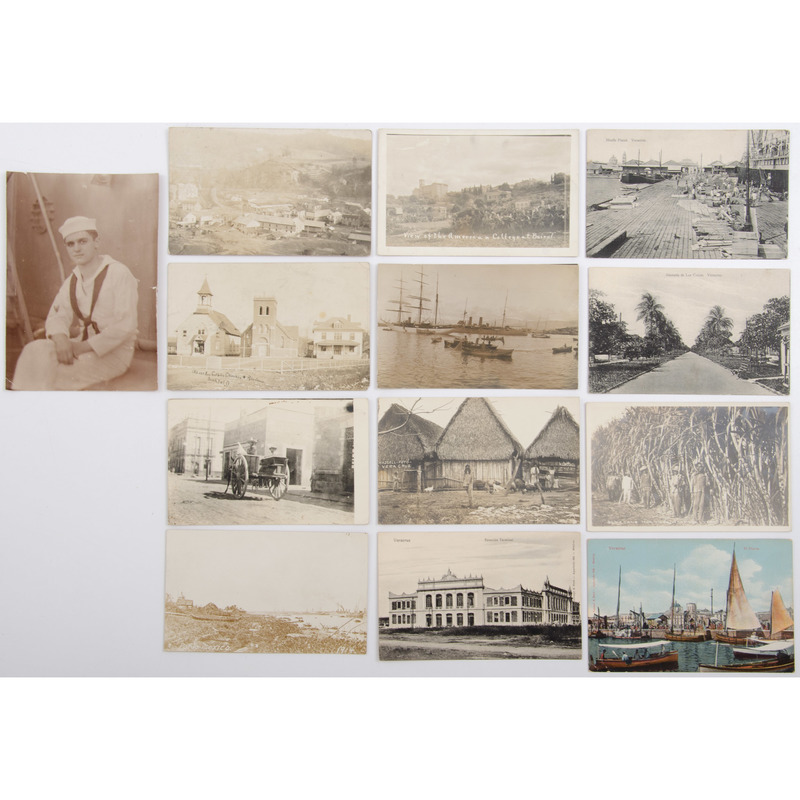 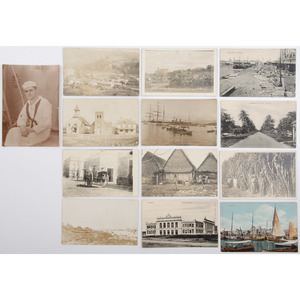 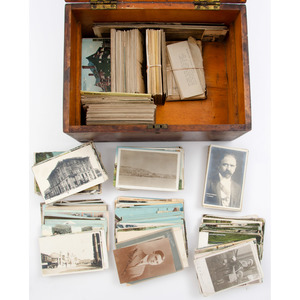 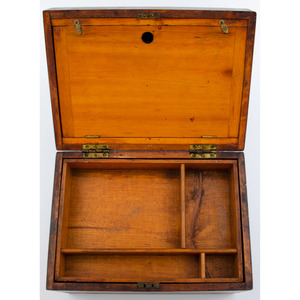 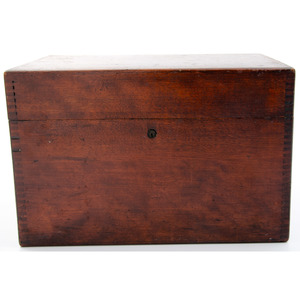 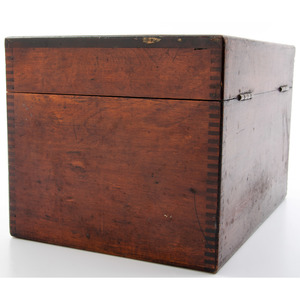 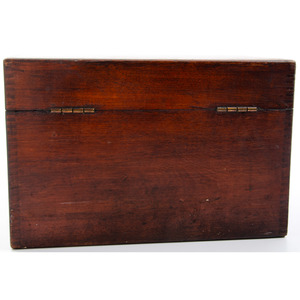 Over 850 postcards, approximately evenly split between color and black-&-white. Most date from the early 1910s. There are many images of Cuba, Mexico (esp. around Veracruz and Mexican Revolution), Turkey, Egypt, Syria, plus ships and sailors, nearly two dozen cartoons, over 30 holiday cards (Christmas, Thanksgiving, Easter). There are 15 smaller non-postcard images, 16 panoramic photos (smallest 4 x 9 in.), part or all of four larger images, a pocket dictionary, a paperback "Gospel in Many Tongues," plus typed poems, a price list of American foods in Beirut, a dried flower with mourning lace, a group of USS Montana itineraries, with day-by-day schedules of ship movements.

These are housed in a box 10 x 14 x 9 in. high, with compartment in lid and removable tray with four sections. No key present for lock.

The biography provided by the consignor indicates that this was the property of Edward (Ned) Snyder of Marion, Ohio. His father was a telegraph operator in Marion who reportedly delivered the telegram to Warren Harding letting him know that he had been elected President. Edward was one of nine children, including three sets of twins. He joined the Navy to serve in the Spanish-American War, the reason for the many images of Cuba and Mexico. He left the service under mysterious circumstances, only to join the Canadian Navy. That enlistment also ended in a short time.

Edward then moved to Hollywood where he became chauffeur for William Desmond Taylor (1872-1922), famed movie director. Taylor directed 59 silent films and acted in 27 others between 1913-1915. Edward used the alias Edward Sands during much of his time in California. After Taylor (born William Cunningham Deane-Tanner) was found murdered on 2 Feb. 1922, Sands/Snyder was never heard from again. He remains one of a number of suspects in Taylor's murder, which has never been solved.