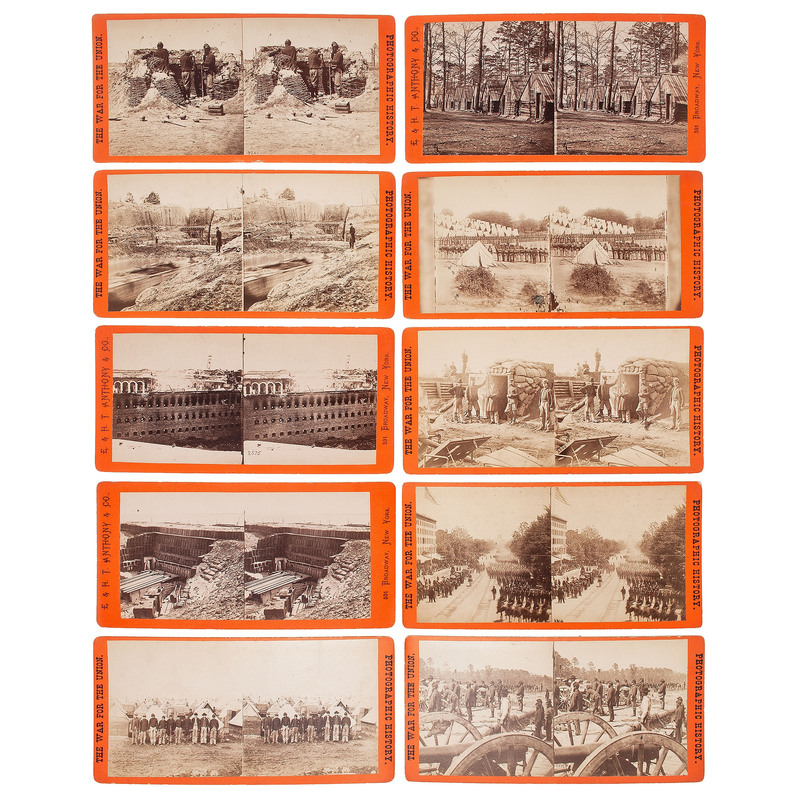 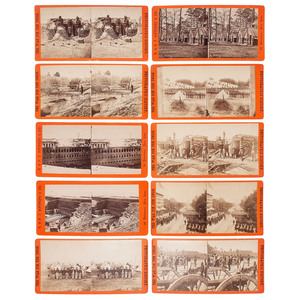 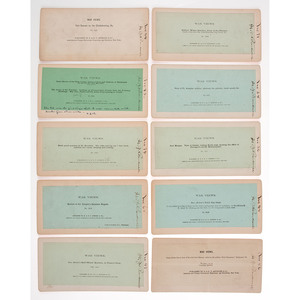 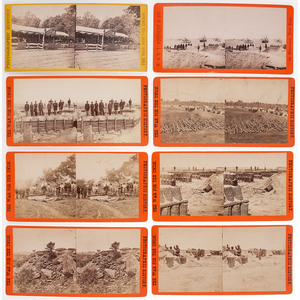 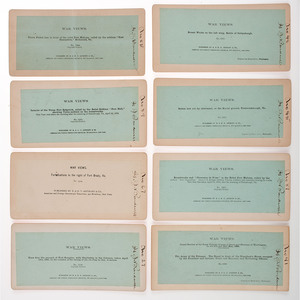 Lot of 18 stereoviews (all but one on orange mounts) from E. & H.T. Anthony's "War Views" series, each with applied paper label bearing Anthony's imprint, image number and title, and (4) Brady negative credit on verso. Views include "Interior of the Union Fort Sedgwick, called by the Rebel Soldiers 'Fort Hell,' showing Union soldiers on the breastworks," "View of the parapet of Fort Sumpter [sic], with Charleston in the distance, taken April 14th, 1865, on the occasion of the raising of the old Flag by Gen. Anderson," "Fort Sumner on the Chickahominy, Va.," "Gen. Butler's Dutch Gap Canal," "Review of Col. Dwight's Excelsior Brigade," "Bodies laid out for interment, at the Burial ground, Fredericksburgh [sic], Va.," "Breast Works on the left wing, Battle of Gettysburgh [sic]," and others.

Notably, one view titled, "The Army of the Potomac. Looking up Pennsylvania Avenue from the Treasury Buildings. Maj. Gen. Parke and 9th Army Corps passing in review," bears additional verso ink inscription by Bardwell reading, "The 9th was the first Corps that I was connected with under Gen. Burnside - H.J.B."

Views with general wear and tear including surface soil, toning, and wear to edges and corners of mounts. "Fortifications on the right of Fort Brady, Va" view with tear to upper edge of image. Certain views with stray ink/pencil markings, including "Review of Col. Dwight's Excelsior Brigade" with very noticeable circular mark to lower left panel along with other markings throughout.