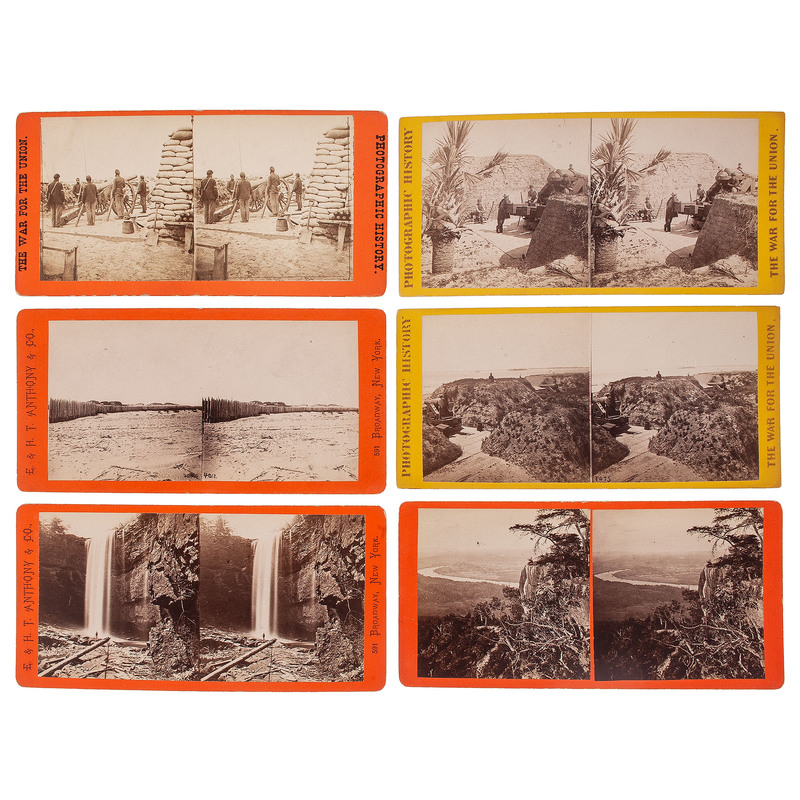 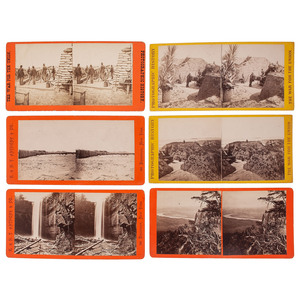 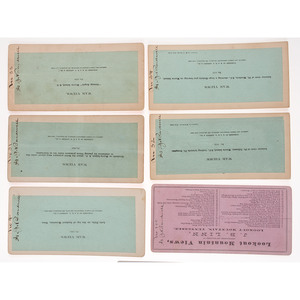 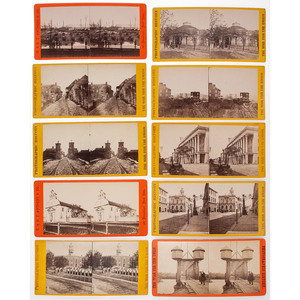 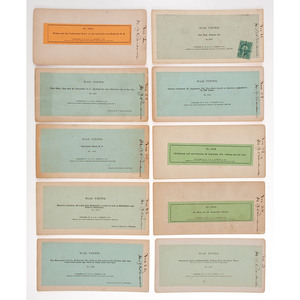 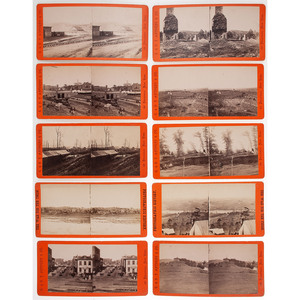 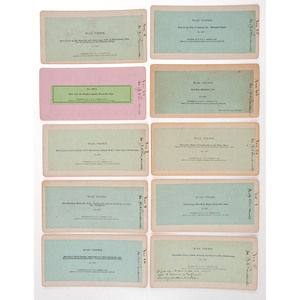 Lot of 25 stereoviews on yellow and orange mounts from E. & H.T. Anthony's "War Views" series, each with applied paper label bearing Anthony's imprint, image number and title, and (7) Brady negative credit on verso. Views include "Interior view of Ft. Moultrie, S.C., showing a large Blakely gun bearing on Morris Island," "'Swamp Angel,' Morris Island, S.C.," "Stockade on Morris Island, S.C., where the Rebel prisoners were placed under fire in retaliation for placing Union prisoners under fire at Charleston," "Panoramic view of Johnsonville, looking down the Tennessee River. The 1st Tenn. Col. Battery in the foreground," "Fort Saunders, Knoxville, Tenn., showing the point of attack by the rebel Gen. Longstreet," "Block house on the Knoxville and Chattanooga R.R. at Charlestown, Tenn. for the protection of the Hiawassa Bridge," and others. Notably, one view titled "Crutchfield House, Adams Express, and Cameron Hill, Chattanooga," bears additional verso ink inscription by Bardwell reading, "I put up at this hotel the night after I became a 'citizen,' Sunday October 9, 1864."

Views with general wear and tear including surface soil, toning, and wear to edges and corners of mounts. Some views with heavier toning and/or stray marks, including "Block house at the Junction of the Knoxville & Atlanta R.R. 5 miles above Chattanooga" with rather noticeable, heavier markings to lower portion of right panel.