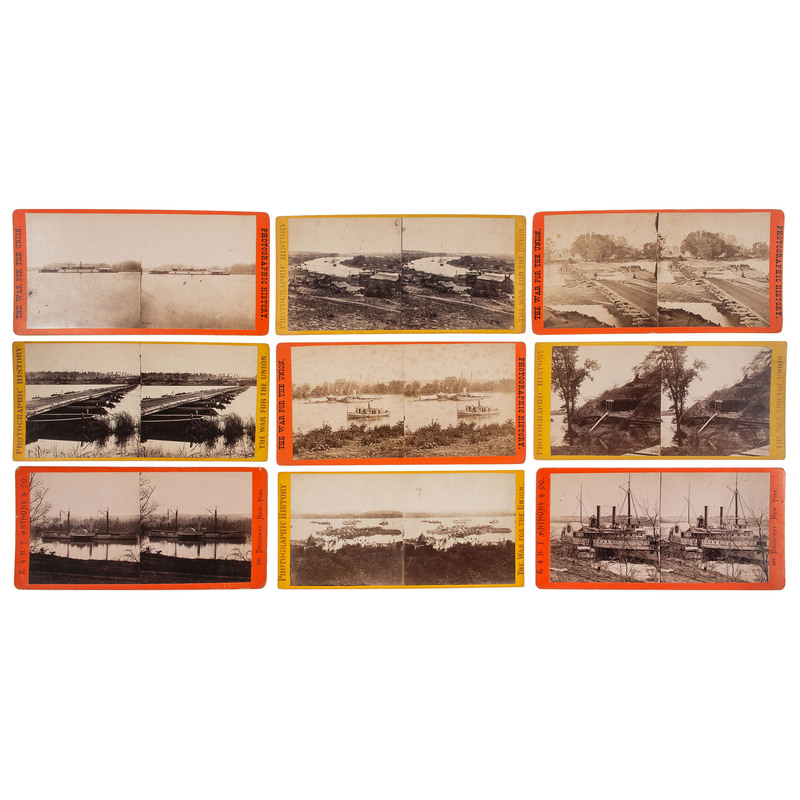 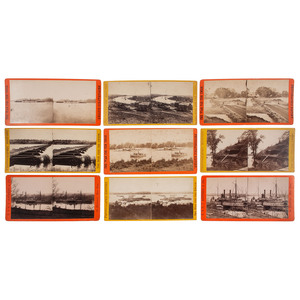 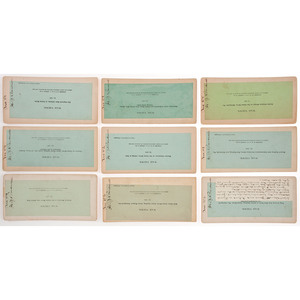 Lot of 9 stereoviews on yellow and orange mounts from E. & H.T. Anthony's "War Views" series, each with applied paper label bearing Anthony's imprint, image number and title, and (4) Brady negative credit on verso. Views include "Panoramic view of Rocketts and James River from Libby Hill, Richm looking south-west," "Gunboat Mendota on the James River near Dutch Gap," "The Captured Ram Atlanta, in James River," "Monitor Canonicus, on the James River, taking in Coal," and others. Notably, one view titled "Flag of truce boat New-York at Aikins Landing, James River, Va., waiting for our exchanged prisoners," bears additional verso ink inscription by Bardwell (on applied paper label) reading, "Lieut Barrett, James and I, had a Signal Station on this boat when in Pamlico Sound, for one month beginning Feb 12, 1862, leaving it the night before the battle of Newburn March 14. / James and I occupied the third station forward from the paddle box, on the upper tier outside (shown in the picture). We usually signalled from one of the paddle boxes."

Views with general wear including surface soil, toning, and wear to edges and corners of mounts. Markings to some views and heavier toning/discoloration/spotting to views showing Monitor Canonicus and Double Pontoon Bridge.