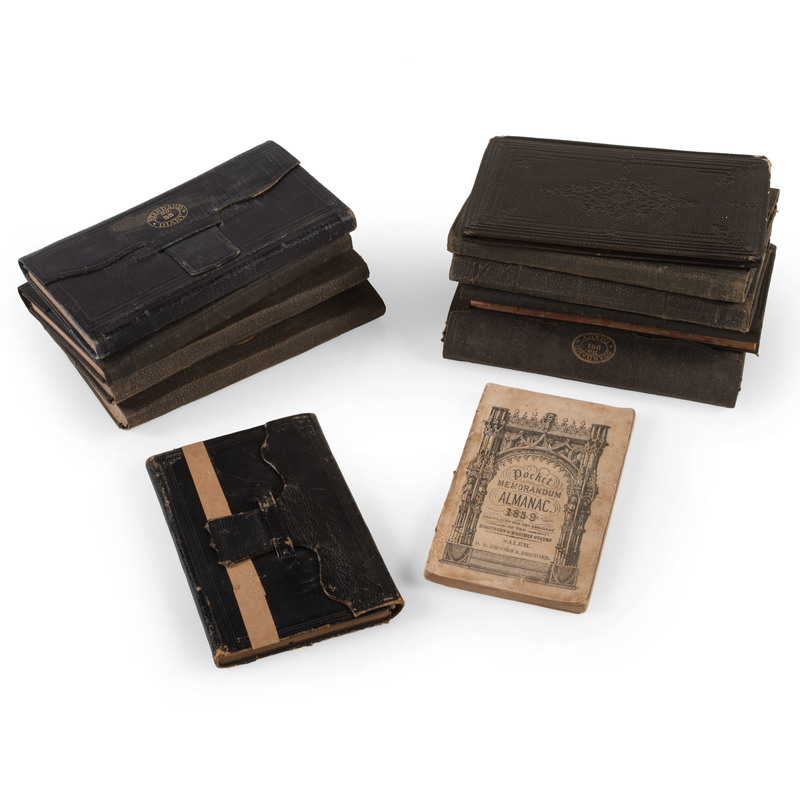 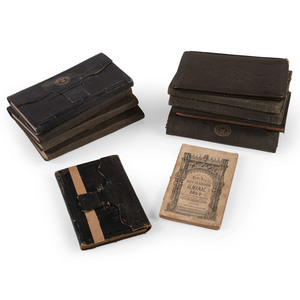 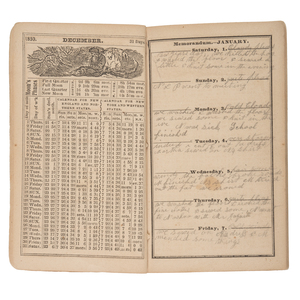 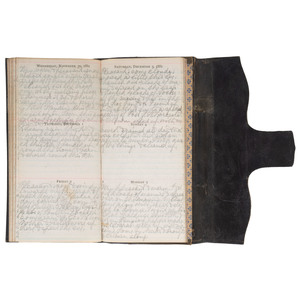 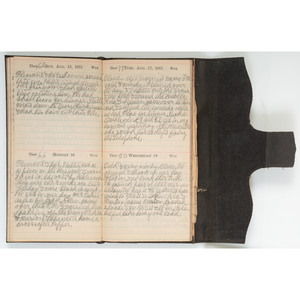 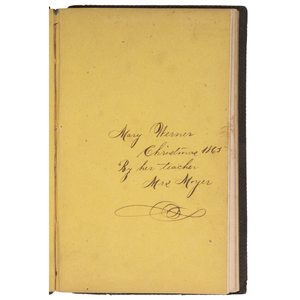 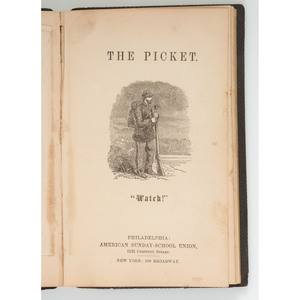 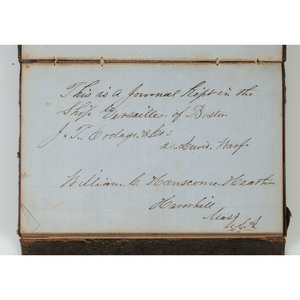 There is also a small diary with note on ffep: "This is a journal kept in the ship Versailles of Boston...William C. Hanscome-Heath, Haverhill, Mass. USA." It covers the period from April 1859 to May 3, 1862. Some of his entries are from New Zealand and Australia. The first half is so light as to be nearly unreadable; the first readable pages are from Sept. 1861. Most entries relate to weather and how the sails are set. On Jan. 7, 1862, while in Hobsons Bay, Australia, one entry is "Comedore [sic] Perry sailed for N. Zealand." Jan. 22 - "My Birth Day 22 years old."

Pocket Memorandum Almanac, 1859. 3 x 5 in. Printed paper wraps. Usual monthly almanac in front, then a page for each week, with small spaces for each of the seven days. He used this for his diary this year. Most of the notes relate to weather and the farm. Thus, on Jan. 1, they killed the hog and spent much of the day cleaning. Although this came with the other diaries, it reads like a woman's diary, since most of the activity is typically associated with women - cooking, baking, cleaning, washing, etc. No identifiers in the almanac itself.

Also included is The Picket. Philadelphia: American Sunday-School Union, 1862. 16mo, embossed brown cloth boards, 35pp. ffep with inscription "Mary Werner / Christmas 1865 ; By her teacher / Mrs. Moyer." This has a military-themed religious message - like the pickets guarding the army's camp, you are a picket for Jesus. Stay alert for wickedness and stop it before it overtakes the entire camp.

The diaries are "The Standard Diary" for whatever year, other than the aforementioned almanac. Most of the days are filled in (pencil) and relate to life in a small town with a farming focus. So, like most of the war-dated diaries we have seen, the entries begin with the weather. They can include who visited whom, what kinds of tasks were carried out (shelling corn, putting up a load of hay), cash account pages recording cans of milk sold, etc.

All but one (1890) of the Standard Diaries have various receipts in the rear pocket. There are receipts for fraternal dues (IOOF and GAR, Oliver W. Lull, Post No. 11), taxes, a few business cards, PO Box rental, a flier/broadside for Memorial Day exercises (1882), newspapers (Nashua Gazette, some weekly, some daily). There are occasional receipts for goods and services - one has a farrier's bill, a few have hardware store receipts. In 1884, there is a Roster of GAR Post members (3 x 3.5 in.), an IOOF Roster of Officers, and Directories of IOOF Lodges in the Milford, NH area. Some are not from the year in which they are located - for example, the GAR roster is from 1887, but is in the 1884 pocket. (This could have been done by Truell - put it in one not being used daily so it didn't get lost - or a later owner. We left them where found.)

Nathaniel Truell enlisted in October 1861 as a 23-year-old private. He mustered into Co. H, 7th NH Vol. Infy. Shortly after, he became a corporal, but was reduced to private in 1864. This unit had a slightly different recruiting and deployment history from other similar units. It spent most of its first two years in the Florida islands and on the South Carolina coast. Unfortunately disease took its toll, killing over 200 in the first year, most of smallpox and typhoid fever. It would also lose nearly that many killed and mortally wounded. It would move to the main Eastern Theater battles later in 1864, first at Petersburg, then elsewhere on the Peninsula, often engaged in construction of defenses and batteries. In early 1864, of the original 800 or so enlisted in the 7th, fewer than 200 veteranized. Truell mustered out at the end of the year when his 3-year enlistment was finished.