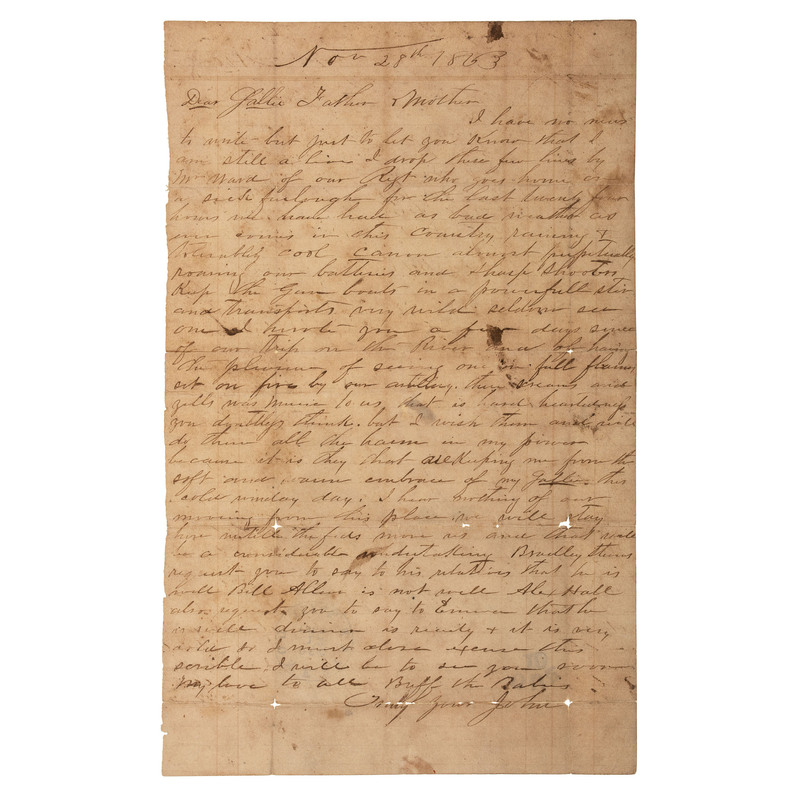 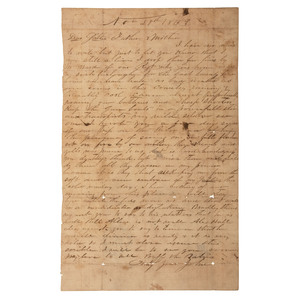 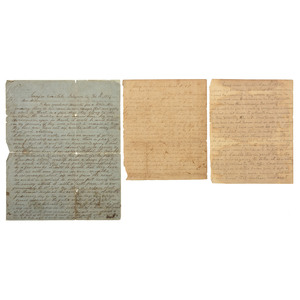 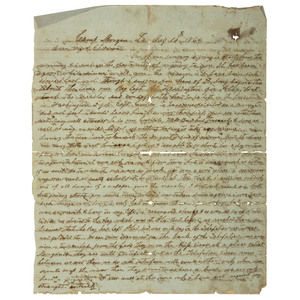 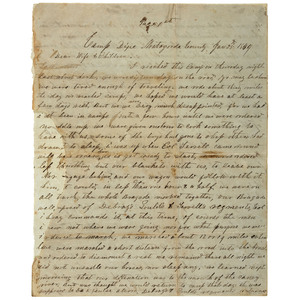 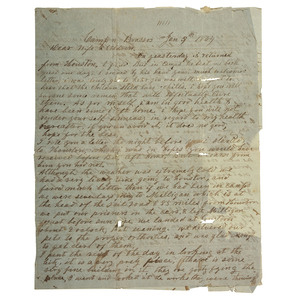 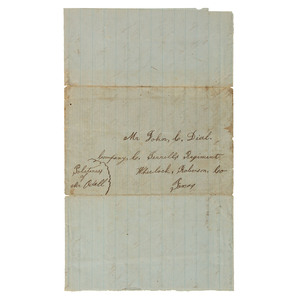 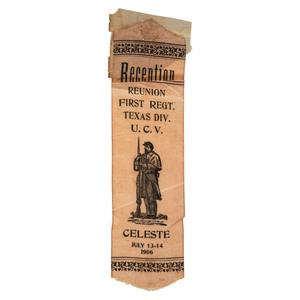 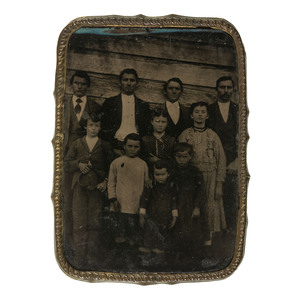 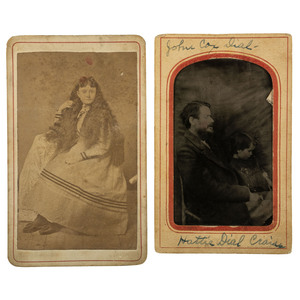 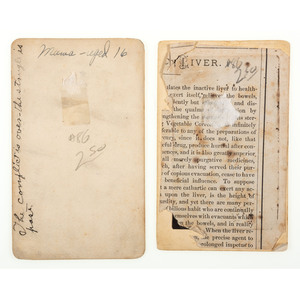 John C. Dial, of Hopkins County, TX, was an experienced soldier. He served as a private in Co. I, 2nd Regiment, Texas Mounted Volunteers, during the Mexican War. HDS indicates during the Civil War he enlisted on 2/1/1863 as a private and mustered into Co. B of Terrell's Cavalry. There are 9 Civil War-date letters from Dial to his wife, 1 from Dial to his mother, and 2 war-date letters from Harriet to her husband. Dial's letters begin in January 1864 and end in April 1865, a period which encompasses his regiment's participation in the Red River Campaign. Another pair of war-date letters includes a letter from Catharine Landrum to "Bud," a soldier who may be Mathew E. Landrum, also of Co. B in Terrell's Cavalry, and a letter from Harriet's brother John J. Arberry, Co. G, TX 19th Infantry, who is believed to have died during the war.

Dial's letters contain thoughtful description of his travels and trials. While there is no significant battle content, Dial describes the February 1864 bombardment of fortifications at the mouth of Caney Creek while he was stationed there with forces in an attempt to halt a Union invasion. In ensuing letters he writes candidly about all of his experiences: transporting prisoners "we delivered our pets to the proper authorities, and was glad enough to get clear of them"; serving with the militia "the militia are all ordered home...they are to reorganize again in March, it would be much better in my opinion if they were allowed to remain at home they have been out six months without doing the least good whatever"; becoming dismounted "I did not send my horse off, I loaned him to Col. Terrell...[he] wanted to buy him But I would not sell him he offered me two thousand dollars for him"; on being unpaid "the government owes me over twelve months wages, I think the government has adopted the plan of not paying her soldiers in order to make their new issue good, A great government this."

Dial's letters from 1865 clearly demonstrate the deteriorating situation in the Confederacy. On March 25, 1865, he writes from Camp Terrell that "it seems that the Texas troops are deserting by thousands, as I came down from home the Lieut Col of the 3rd Texas Reg he said that one half of his Reg had been furloughed, when I got to this place I found the other half under guard for coming home without furloughs, they say they will go home or dye...." This echoes a letter from Hattie of July 11, 1864, in which she describes seeing seven men with guns hunting deserters in their county. Though the war had all but ended with Lee's surrender on April 9, 1865, Dial remained unaware as he wrote the final letter from the field on April 15, 1865, stating that "there is many rumors here, but wheather there is any faith to be put in them I do not know...."

John Arberry writes from an unknown location on Nov 28, 1863: "...our batteries and sharpshooters keep the gun boats in a powerfull stir...a few days since of our trip on the River and of having the pleasure of seeing one [Union vessel] in full flames set on fire by our artillery there screams and yells was music to us that is hard heartedness you doubtless think but I wish them and will do them all the harm in my power...."

The letter from Catharine Landrum is significant for a mention of enslaved persons presumably owned by the Landrum family. Catharine closes her letter to Bud stating, "Willie has just got up he says you must come home and see your niggro, he takes great intrest in feeding Buds negro." Catharine also references the desire of Mrs. Hart to learn more about Mr. Hart, a soldier who may either Prior Hart or William S. Hart, both of Co. C, Terrell's Cavalry.

Additional ephemera includes the following: a CDV of an unidentified female with verso inscription "The conflict is over - the struggle is past"; 2 tintypes of John C. Dial's ten children, both ca 1875, and another tintype of John with his youngest child, daughter Hattie, also ca 1875; a Texas Land Grant issued to the heirs of Willis Green Deceased and signed on August 7, 1857, by Governor Elisha Pease; John C. Dial's pension documents relating to his service in both the Civil War and Mexican War; a small notebook cataloging expenditures likely belonging to John C. Dial; a Confederate Scrip voucher issued by the Texas General Land Office on August 20, 1881, to Mary A. Smith; R.C. Dial's 1884 Certificate of Election to the position of Hunt County Tax Assessor and an election promotional for his candidacy; 4 tintypes of young R.C. Dial; and 5 cabinet cards of R.C. Dial, including a portrait with his wife and one identified to "Knight's Gallery" in Greenville, TX.

John C. Dial letters are legible, however, several have become entirely separated along fold lines. Most with toning, chipping, creasing along folds, and soil. Several with large losses affecting text, all heavily worn.