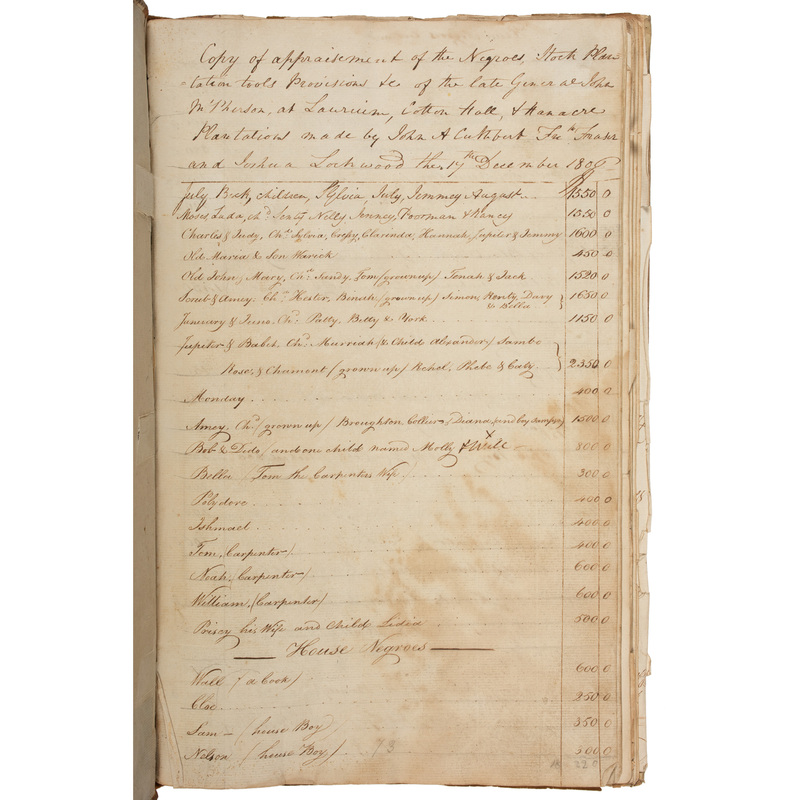 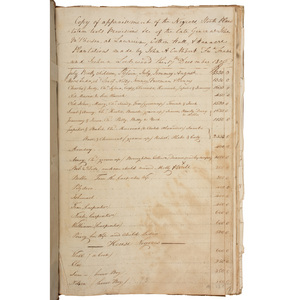 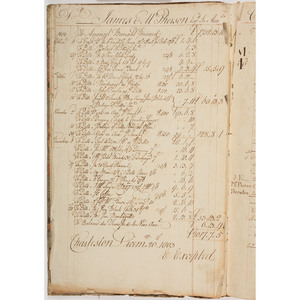 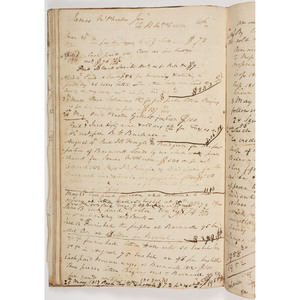 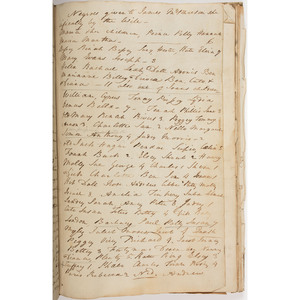 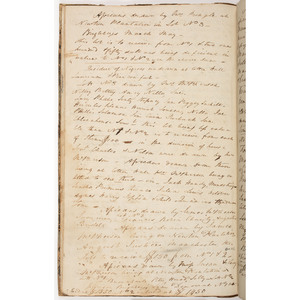 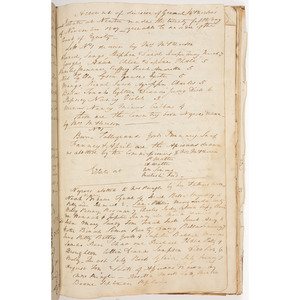 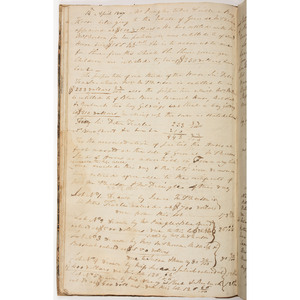 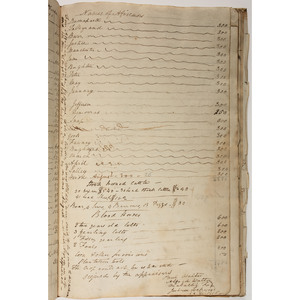 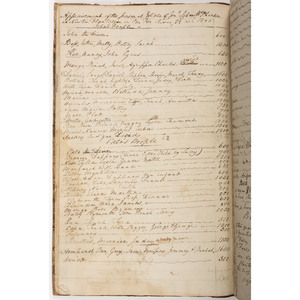 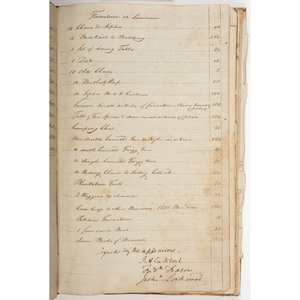 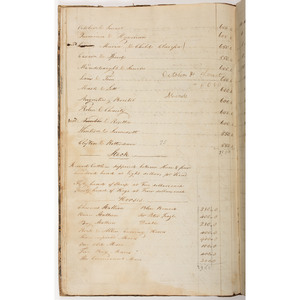 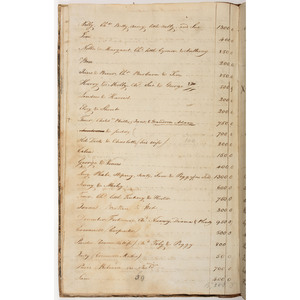 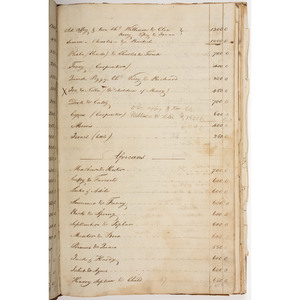 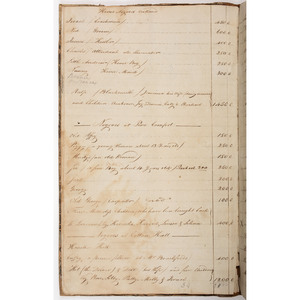 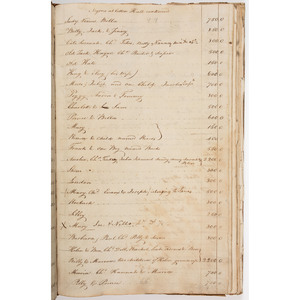 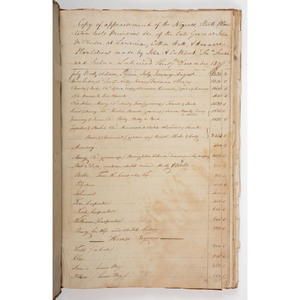 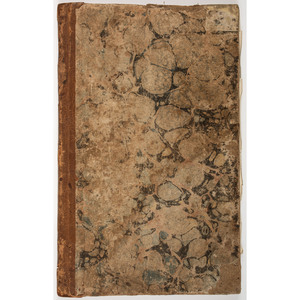 Appraisals list the names of more than 200 enslaved people, with a dollar value assigned to each individual or group of individuals. In the first appraisal, dated December 17, 1806 (5 days earlier than the copy filed in the Charleston, SC court records), the names of the enslaved are listed under headings including, "House Negroes," "Negroes at Pine Comfort," "Negroes at Cotton Hall," and "Africans." Parental and spousal relations are also noted in some cases, including a man named Kit and his family: "Kit (the Driver) & Doll (his Wife) and five children / Viz: Rose, Sibby, Patty, Molly & Israel." This collective group is assigned a dollar value of $1,200.

John McPherson (1756-1806), though primarily a planter, served as a lieutenant colonel, and was later promoted to general during the American Revolution. He owned several plantations in Beaufort and Colleton Districts in South Carolina, along with hundreds of enslaved men, women, and children. His wife and primary heir, Susannah Miles McPherson, survived him upon his untimely death aboard the ship Rose In Bloom when it wrecked off the coast of New Jersey in August of 1806. The vessel was traveling from Charleston to New York, according to the New York Weekly Museum. The same source also reported that McPherson lost his own life in saving that of his daughter, Elizabeth, who was traveling with him.

Ledger book with condition issues including page discoloration, brittleness to edges and even loss to some pages. Center of book with several pages cut out. Covers with wear including some loss and heavy discoloration to marbled paper. Most pages remain attached to binding.