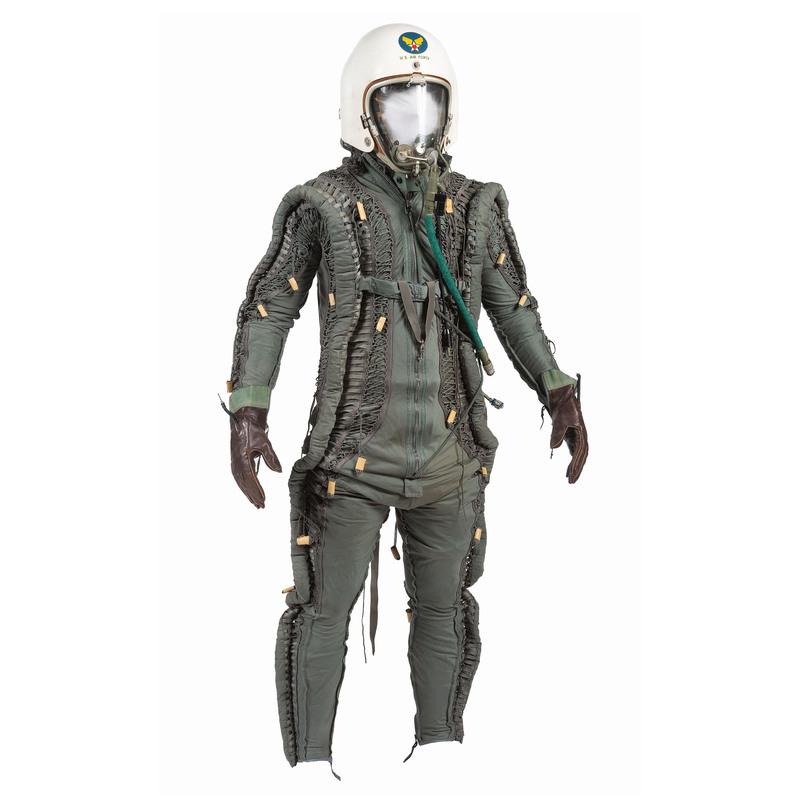 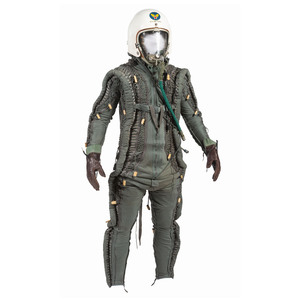 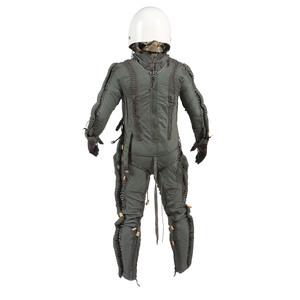 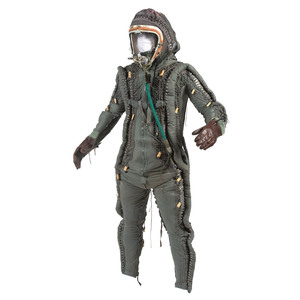 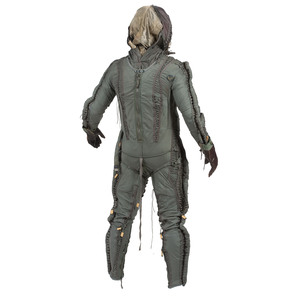 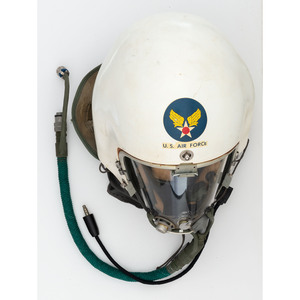 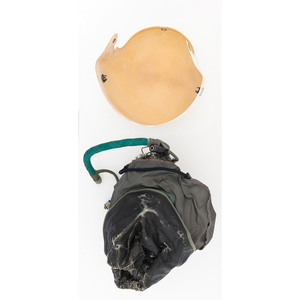 Operational in 1957, the David C. Clark Company of Worcester, Massachusetts developed the Model MC-3 suit as a replacement for the MC-1, itself designed as a replacement for the S-2 suit.  A precautionary measure against catastrophic de-pressurization at high altitudes, a constant danger faced by pilots of high-altitude Cold-War aircraft such as the U-2 and B-36.  A great improvement over previous suits, the MC-3 was a turning point in pressure-suit design, using a combination of the then-common "capstan" system, and an innovative full-torso bladder around the vital organs, extending from the shoulders to the middle of the thigh.  In the event of depressurization, the suit would inflate, protecting the pilot's body against the swelling caused by the low air pressure at high altitude.  The raised tubes on the extremities would pull against the fabric, ensuring a tight fit when pressurized.  This would give the pilot time to guide the plane to a safer, lower altitude.  The suit came in 12 sizes, with fine adjustments made possible by laces throughout the suit.

The MA-2 helmet, developed by International Latex Corporation of Dover, Delaware, featured a number of improvements over its predecessors, including additional connective snaps, a better microphone, high-pressure oxygen delivery hoses, and a feeding port for food and drink on long flights.  The MA-2 was a very successful design and would be used well into the 1960s, paired with several models of partial pressure suits.  The helmet was used in a number of experimental high altitude/speed projects, including the XS-1, X-1A, and X-s rocket flights, as well as Project Excelsior, which included a parachute jump of over 30 Kilometers (18 miles).