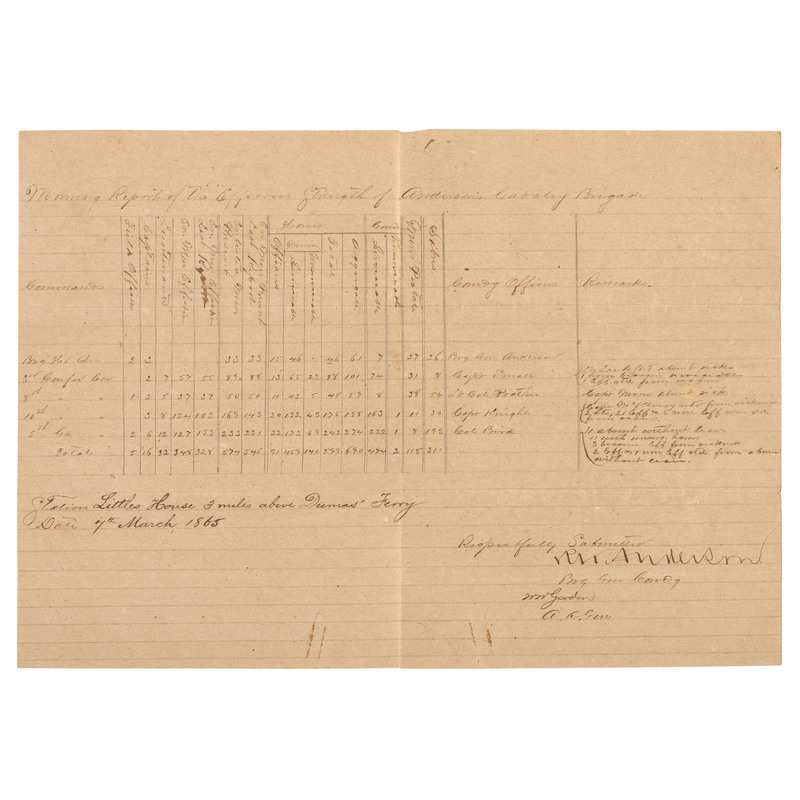 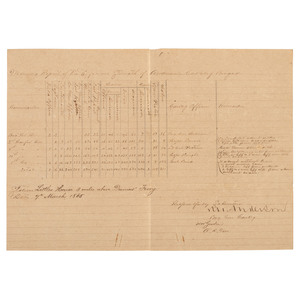 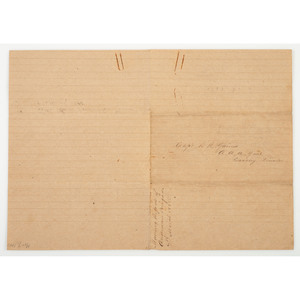 A native of Savannah, Georgia, Robert H. Anderson attended West Point in preparation for his career with the United States Army, for most of which he served at Fort Walla Walla, Washington. Anderson made a swift shift in allegiance in March of 1861, joining the CSA as a lieutenant of artillery before the first shots were fired at Fort Sumter. Later that year, Anderson was promoted to major and joined General W.H.T. Walker with the Georgia State militia as assistant adjutant general.

Anderson was appointed colonel of the 5th Georgia Cavalry in January of 1863, and as such successfully led his men in defense of Fort McAllister the following month. His cavalry regiment was transferred to the Army of Tennessee under General William W. Allen, but during the Atlanta Campaign Anderson was given a battlefield promotion to brigadier general and took command of the brigade himself under General Joseph Wheeler.

Just four short days after signing the document featured in this lot, Anderson was wounded at Fayetteville during the Union's successful Carolinas Campaign. Unable to deny the doomed fate of the Confederacy, Anderson surrendered with General Joseph Johnston's defeated army at Hillsboro, North Carolina on April 25, 1865.

After the war, Anderson promoted and practiced reconciliation efforts, bringing veterans from both sides of the Civil War together under his leadership as chief of police of Savannah, a position he maintained until his death in 1888.

Document with some ink smudging/smearing, creasing, light wear to edges and corners, and what appears to be residue from a kind of paperclip at bottom.