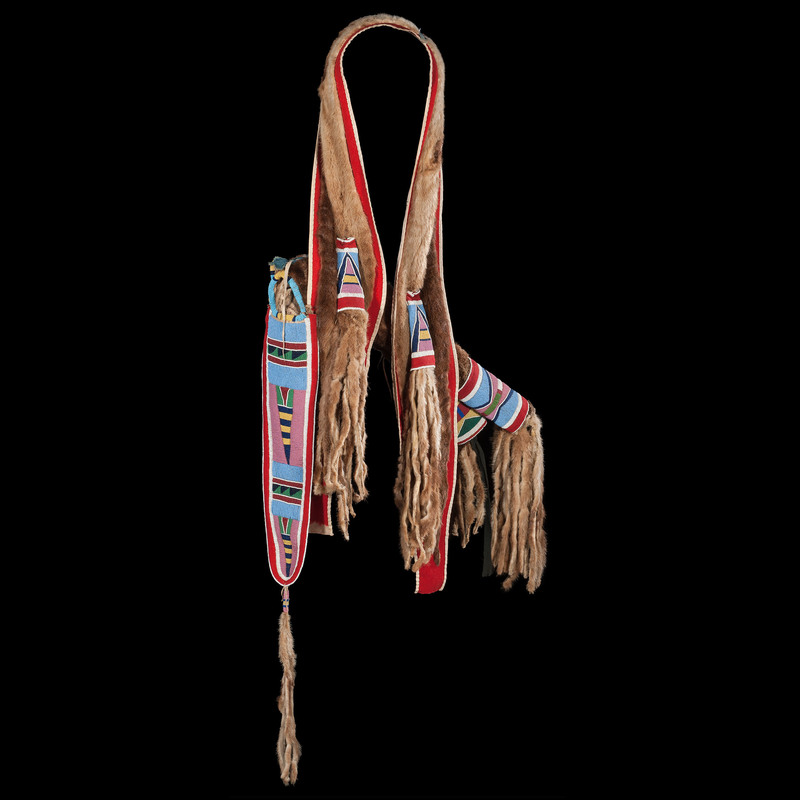 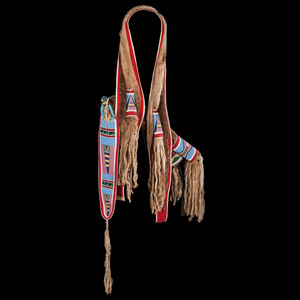 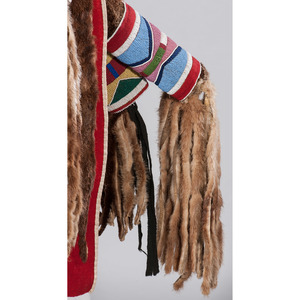 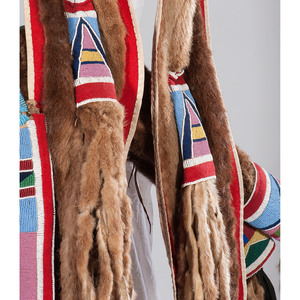 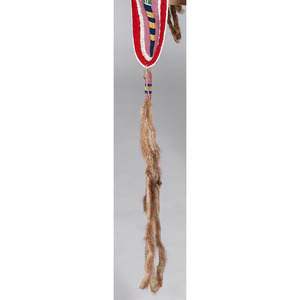 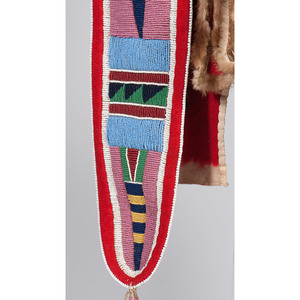 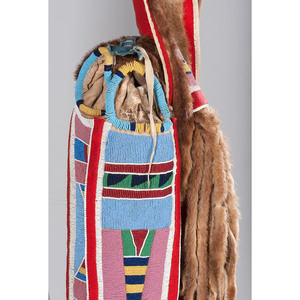 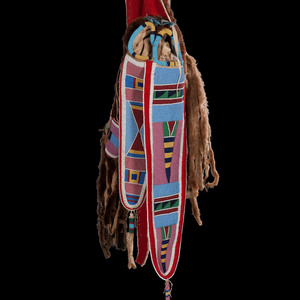 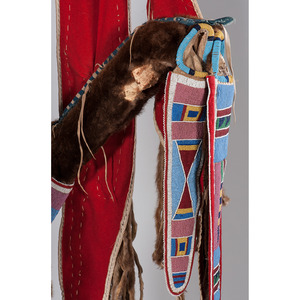 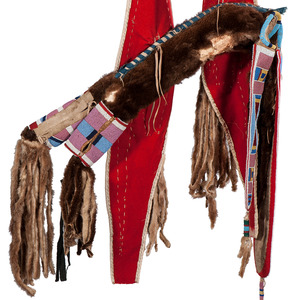 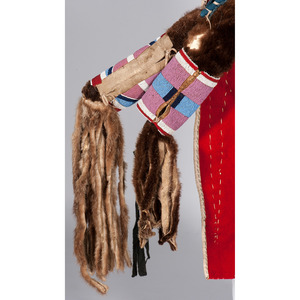 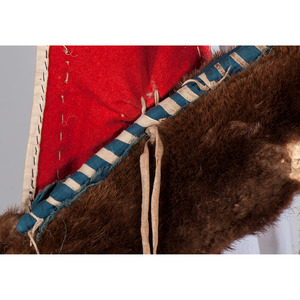 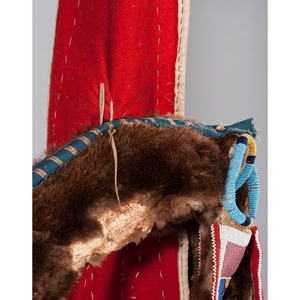 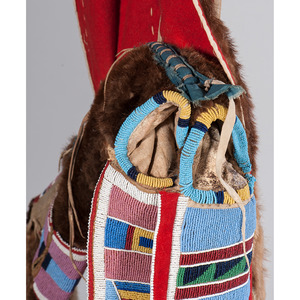 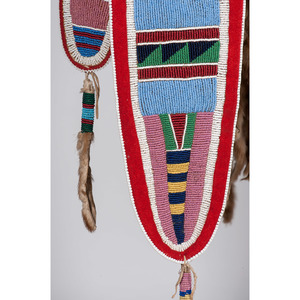 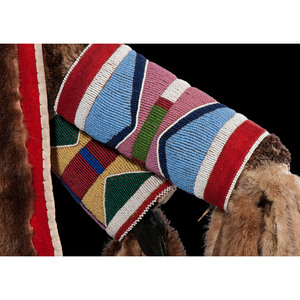 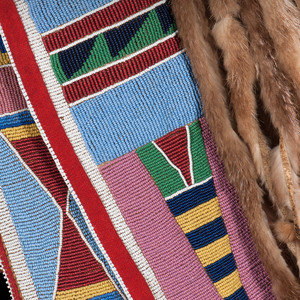 Unique to this piece, the front tabs and back cuffs differ in design.  In a letter written by Bill Holm to Steve Honnen, Holm addresses the anomaly:

In response to your questions about the otterskin bowcase-quiver which we discussed the other day I can say that I have known this piece for quite a few years.  I first saw it just after it had been acquired by the previous owner.  I had photographed it at the time and have used the pictures in my research on the subject.  I concluded that it was probably made of the parts of two different bowcase-quiver sets, very likely long before I first saw it and probably before it had left Indian hands.  Since that time I have had the opportunity to examine a number of complete bowcase-quivers of this type as well as many partial sets and individual parts and I still feel, with much more accumulated experience, that my original assessment was valid.  It appears that the bowcase, bandoleer and tabs are of one set, and the quiver, or at least the quiver beadwork, is from another....

As you have no doubt noted, the flap of the bowcase is unusually small.  There is an old, apparently well documented Nez Perce set at Whitman College with even smaller, unmatched flaps.  At the time I researched my article on the Crow-Nez Perce otterskin bowcase-quivers for AMERICAN INDIAN ART MAGAZINE (Autumn 1981) I was not aware of the Whitman quiver, and the flaps on your set were the smallest I had measured.  I was curious about the unmatched beadwork and small flaps and called Drew Bax from whom the former owner had acquired it.  Drew assured me that the set was just as I described it at the time he purchased it some years before.  On the strength of his assurance and my own assessment of its character I included the measurements of the bowcase-quiver in my tabulation of the characteristics of original sets for my analysis.  I consider it a very fine example, with what appears to be native modification.  It is among the most complete sets known to me. (Holm: February 8, 1984).

In additional correspondence (October 14, 1986), Steve Honnen mentions that this piece was originally obtained from the Looking Glass family (Nez Perce).