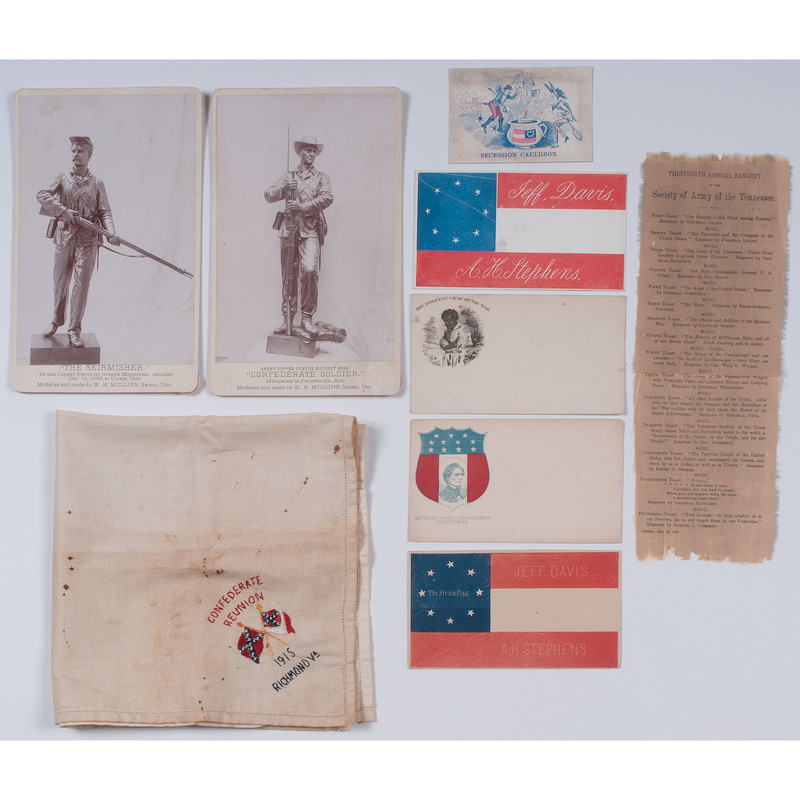 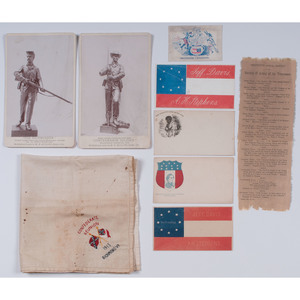 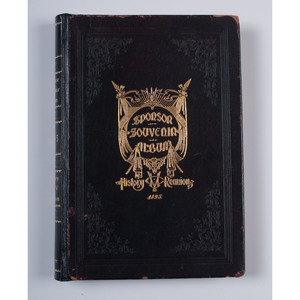 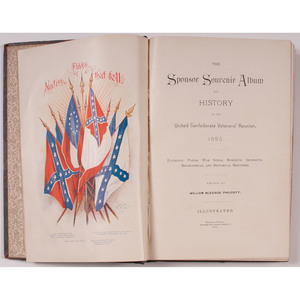 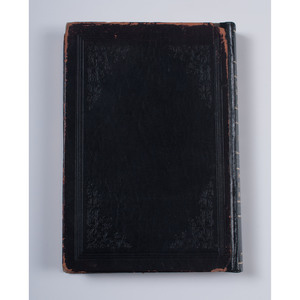 Calling card with red, white and blue cartoon of "Secession Cauldron," with caricatures of Beauregard, Davis and "Wise." Into the South Carolina cauldron they throw "fraud," "perjury," "theft," etc.

Four unused covers. Two with first national flags with 7 stars. On has "The Pirate Flag" in the center of the star circle, top red bar with "Jeff Davis" and bottom red bar with "A.H. Stephens." Second envelope does not have any writing in the canton and the Davis and Stephens are in script. One envelope has a shield with 11 stars at top, plus two red and one white vertical "bars," Jeff Davis' portrait in center white bar. Below "Southern Rights and Southern Institutions." The last cover shows an African American woman with pans and a hoe. Above "The Innocent Cause of the War."

Provenance:Property from the Inventory of Rex Stark