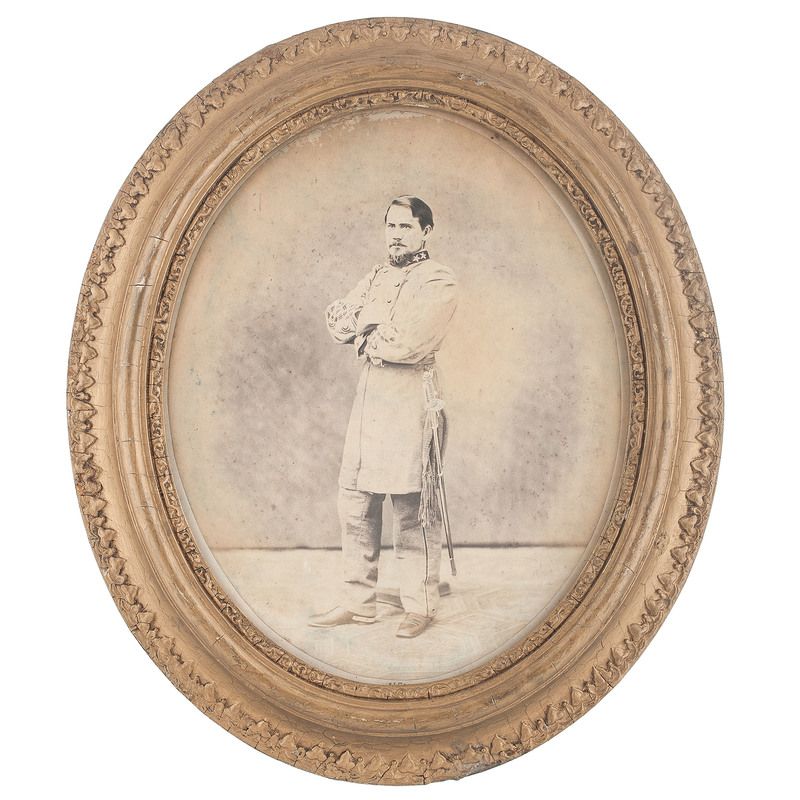 Marshall J. Smith (1824-1905), born in Warrenton County, VA, lost both of his parents at an early age and was raised by relatives in Fauquier County, VA, before entering St. Mary's College in Baltimore at the age of 13. Following graduation four years later, Smith entered the United States Navy as a midshipman. He traveled to East and West Indian waters before serving aboard US frigates Puritan and Cumberland during the Mexican War.

In the 1850s, Smith became involved with the mercantile business in Mobile, AL, but when the Civil War broke out, he abandoned his business and enlisted as a Confederate colonel. He played a prominent role in organizing the 24th Louisiana Volunteers, also known as the Crescent Regiment. While under Smith's command, the 24th LA was recognized for its actions at the Battle of Shiloh. As a result of poor health, Smith resigned from the regiment and spent his sick leave in Mississippi, only to return to service less than a year later when he was commissioned lieutenant colonel of artillery and ordered to Port Hudson to serve as chief of heavy artillery. He was present in the batteries when Admiral D.G. Farragut's fleet attempted to run by on March 14, 1863 and managed to stop all but the Hartford and a small vessel from passing through during the engagement. Smith was also in command of heavy artillery during the Siege of Port Hudson from May-July, 1863 and ultimately surrendered to Union forces as a result of the fall of Vicksburg and the garrison's sufferings. He was taken prisoner in July 1863 and sent to Fort McHenry, where he would remain in captivity for fourteen months until he was sent to the bay at Charleston for exchange. Smith spent the remainder of the war serving in front of Richmond. Following the war, he ventured to New Orleans, where he engaged in a number of successful businesses through the turn of the century. (Information obtained from June 21, 1905 Mobile Register Obituary for Colonel Smith.)

Image has lightened, but contrast still very good. Some slight loss to print along top edge. Not examined outside frame. Framed under glass/plastic. Some light spotting on print.