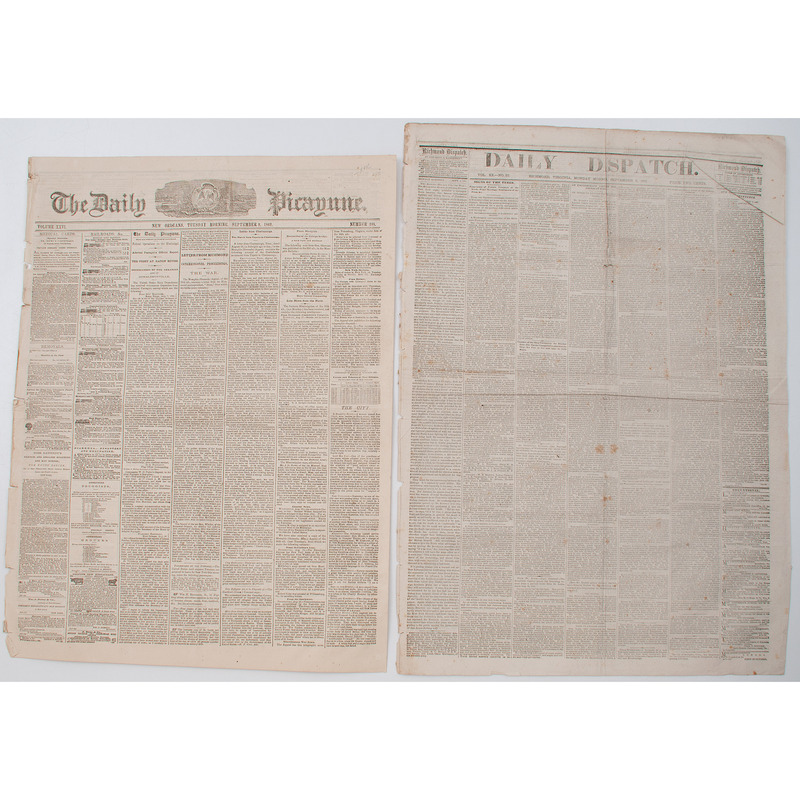 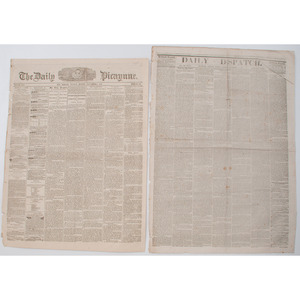 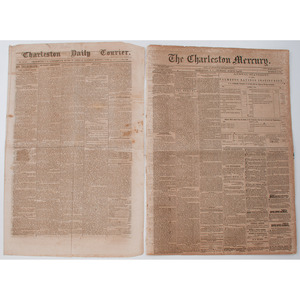 Charleston Daily Courier, Charleston, SC, June 21, 1862, Vo. LX, No. 19,192, 4pp. One of the few papers that includes "Confederate States of America" in its dateline. Extensive reports on “Findings of the Court of Enquiry on the Destruction of the Virginia and Mississippi” and conditions in Memphis, which recently fell to the Union. Very good+ condition with some light spotting and the inevitable creasing. Complete and untrimmed, with no missing fragments at all.

Daily Dispatch, Richmond, VA, September 9, 1861, Vol. XX,. No. 57, 4pp. With content from Two Bishops on the Pros and Cons of the war, an Englishman’s views on the war, and war dispatches. Evidence along hinge of removal from a bunding.

The Daily Picayune. New Orleans, LA, September 2, 1862, Vol. XXVI, 4pp. New Orleans had been captured in April by Federal Forces, but the paper is still a Southern publication.