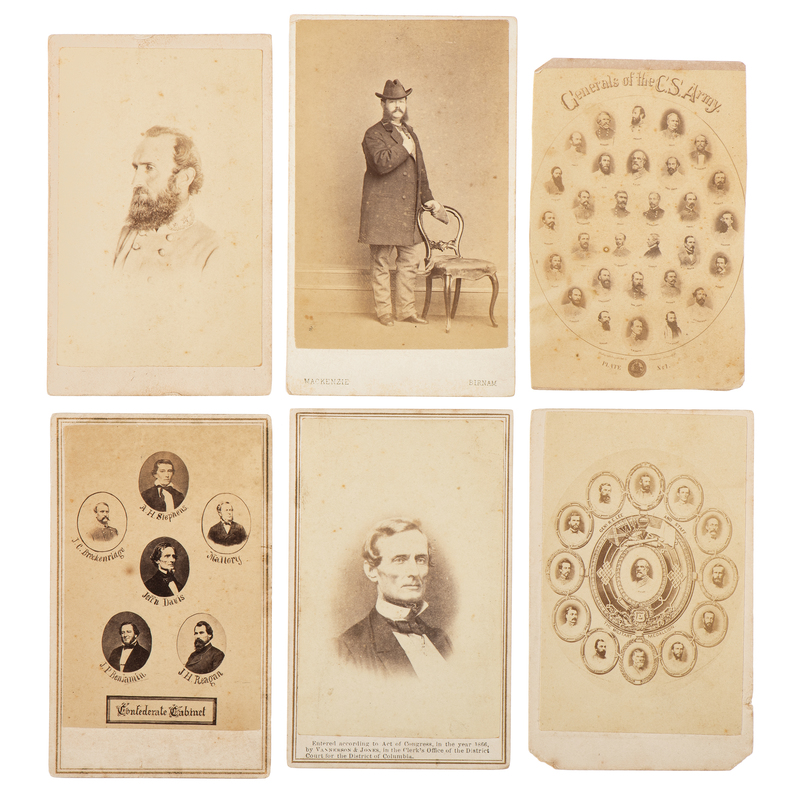 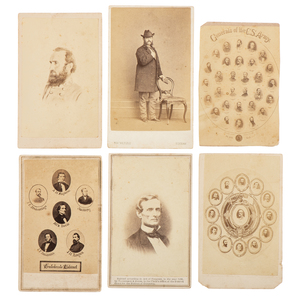 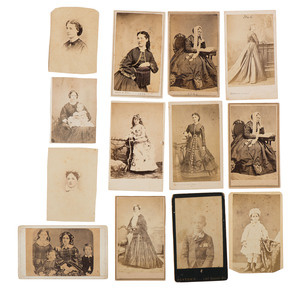 Composite CDV of the “Confederate Cabinet” with Anthony’s New York backmark. Composite of ”General Lee and Staff” with Lee surrounded by 12 staff members; no backmark. Two composite CDVs of “Generals of the CS Army;” each with 30 small portraits; labeled “Plate No. 1” and ”Plate No. 2;” backmarks of Vannerson, Richmond, VA. Plus two CDVs of Confederate flags (no backmarks).

There are 49 images of adult women, one holding and infant, one with three older children, but the rest are solo images. There are groups of the same person in different poses within these.

There are 40 images of adult men, some portraits, others full-length poses.

Plus 10 CDVs of lithographs. One of “Carlotta” – Charlotte of Belgium, who became Empress of Mexico when her husband became Maximilian I and one of Maximilian with manuscript 1867 date on recto. There is one of an historic figure with no identification or backmark. The rest are copies of artwork, including four based on Soule’s drawings of “Ganymede,” “Medea,” “Before the Foot-lights” and “The Signal.” Plus three more including a humorous Rockwell-esque drawing of a haircut. Six of the lithographic images are hand-colored.

Variable. Some heavily trimmed, a few with edge damage.