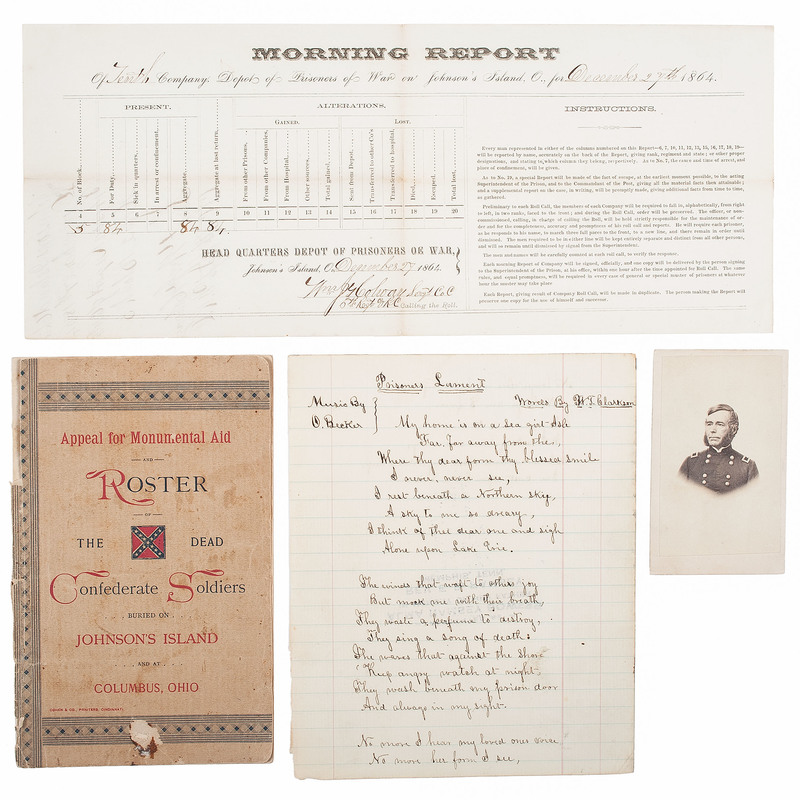 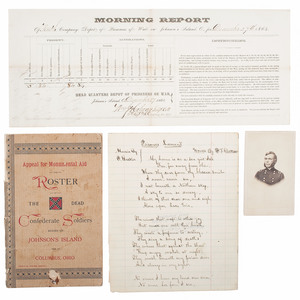 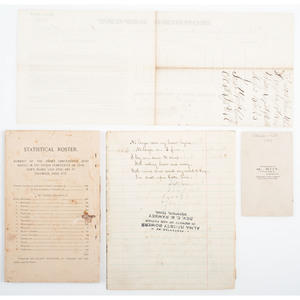 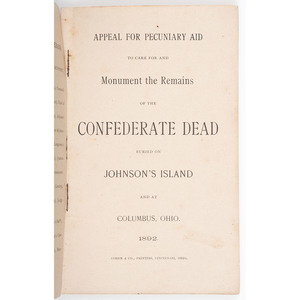 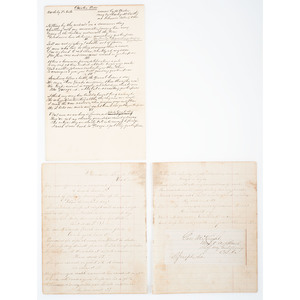 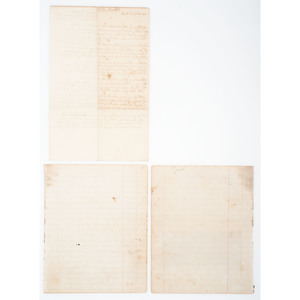 Lot of 6 items from Johnson's Island POW Camp near Sandusky, OH, including:

Handwritten lyrics of the song "Goober Peas," a favorite among Johnson's Island prisoners. At the top of this six stanza song is written "Words by P. Nutz" and "Music by A. Pindar Sung by Charley McCarthy at Johnson's Island, Ohio."

CVD portrait of Brigadier General Charles W. Hill, who took command of the prison on May 9, 1864, credited on verso to M. Whitt, Columbus, OH.

Scarce paperback booklet, "Appeal for Pecuniary Aid to Care for and Monument the Remains of the Confederate Dead Buried on Johnson's Island and at Columbus, Ohio." Cincinnati, OH: Cohen & Co. Printers, 1892. Distributed by the United Confederate Veterans.

Back cover of booklet missing and loss/tearing to front cover.