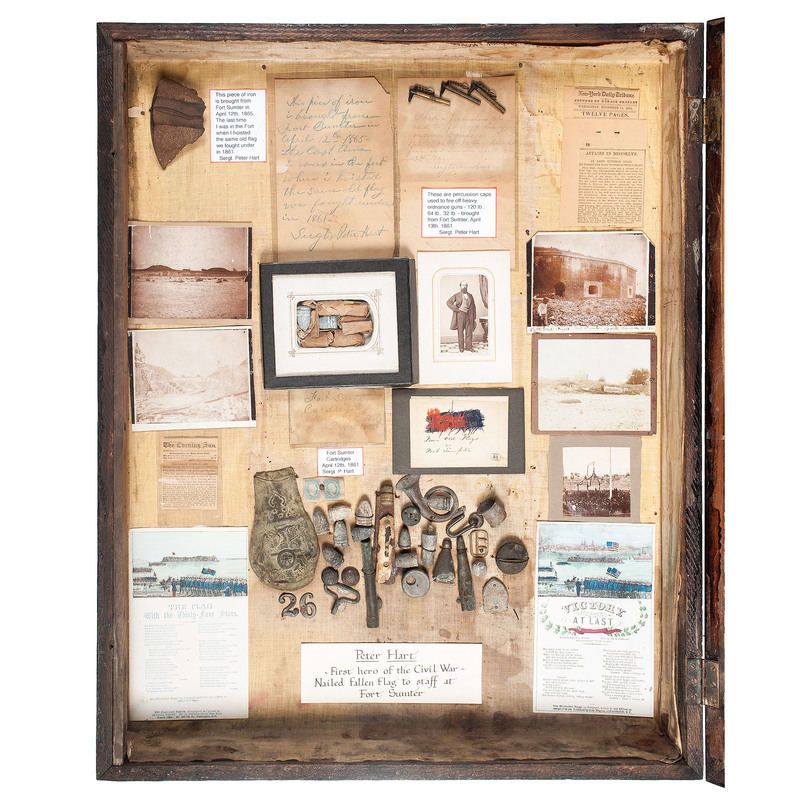 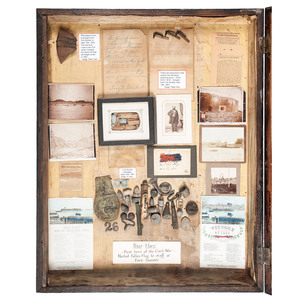 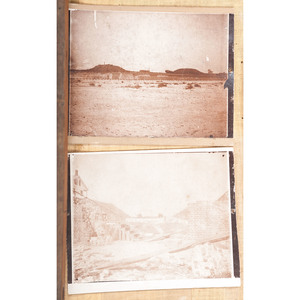 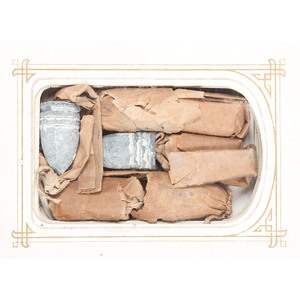 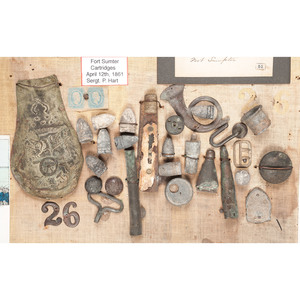 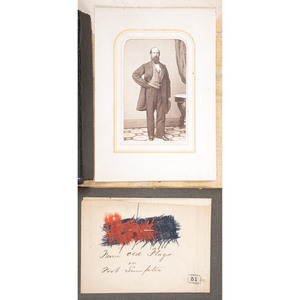 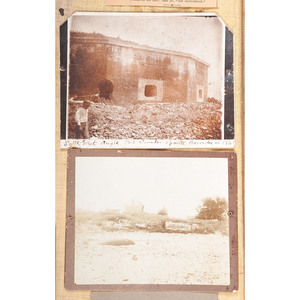 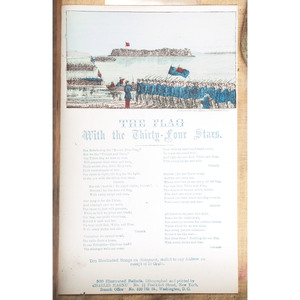 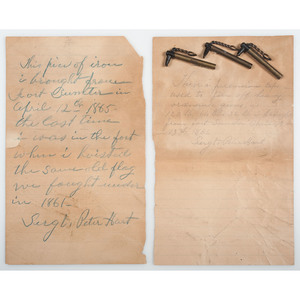 Lot of approximately 48 relics and ephemera related to Sergeant Peter Hart (ca 1823-1892). Hart served under Major Robert Anderson during the Mexican-American War of 1846-1848. He then left the service and joined the police force in New York City, NY. As tensions between the North and South escalated, Anderson's wife contacted Hart and requested that he escort her to Charleston, SC to visit her husband, who was stationed at Fort Sumter. Still at Fort Sumter at the outbreak of the Civil War, Hart elected to remain as a civilian to assist his former commander. Indeed, on the afternoon of April 12, 1861, he retrieved and reattached the fallen American flag, dislodged by enemy shelling from its flagstaff over Fort Sumter. When the fort was evacuated two days later, Hart again played a pivotal role: he rescued the flag and kept it with him until February 1865, when it was raised once again over the fort. Collection housed in glass-topped wooden display case, 23.5 x 29.5 in.

1 piece of iron, approx. 3 x 2 in., accompanied by a period tag believed to have been written by Hart describing the object: "This piece of iron is brought from Fort Sumter in April 12, 1865. The last time I was in the Fort when I hoisted the same old flag we fought under in 1861. Sergt. Peter Hart."

Small red and blue fabric piece of flag, mounted on paper, 4 x 3 in. Captioned in period ink: "From old flag on Fort Sumter."

6 photographs, including views of Fort Sumter, likely postbellum; an original war-date photograph, 3 x 3 in., capturing the flag raising ceremonies of 1865, in which Hart participated; and a CDV of a well-dressed, bearded Hart credited on verso to Anthony.

2 illustrated songs, "The Flag with the Thirty-Four Stars" and "Charleston Fort Sumter, Victory at Last," both published by Charles Magnus.

Around 30 miscellaneous metal Civil War artifacts, including buttons, cartridges, and a pocket knife, all collected by Hart.