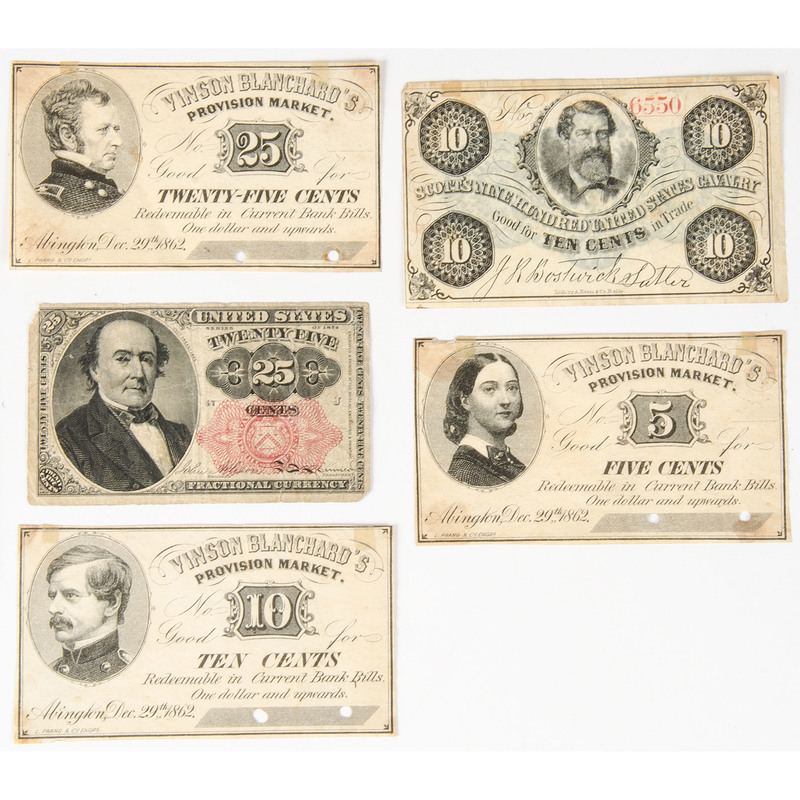 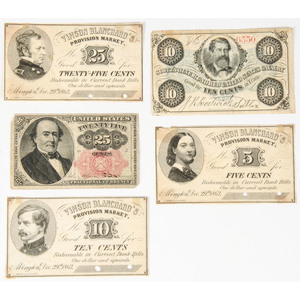 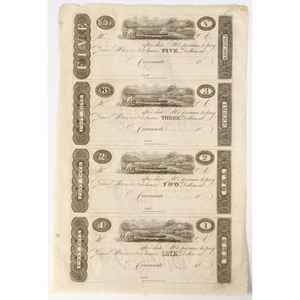 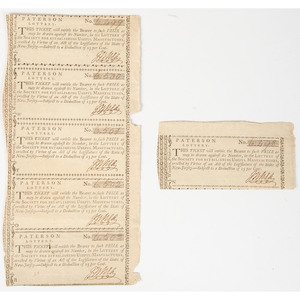 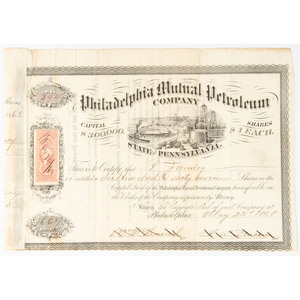 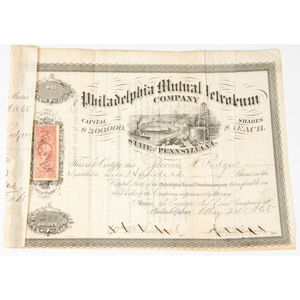 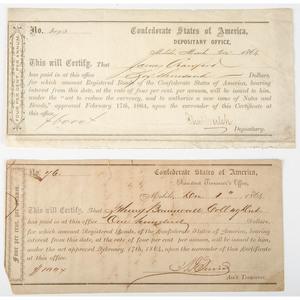 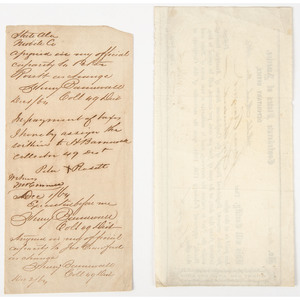 Collection of Eighteenth- and Nineteenth-Century Partially Printed Notes and Certificates

Lot of 20 partially printed documents, many of which are financial in nature, ca 1790s-1870s. Highlights include:

Two certificates issued by the Philadelphia Mutual Petroleum Company to James W. Rodgers and P. Janney, entitling each bearer to 200 and 667 shares, respectively, in the capital stock of the company, May 1865. Each signed by company president and secretary at lower right.

Five pieces of nineteenth-century currency, including a 25 cent sutler script, ink signed "J. R. Bostwick, Sutler" with red Serial No. 6550 and "SCOTT’S NINE HUNDRED UNITED STATES CAVALRY" scrolled across the front. Also with three documents issued by Vinson Blanchard's Provisional Market, "redeemable in current bank bills" in 5-, 10-, and 25-cent denominations, Abington, Massachusetts, 1862. General Hooker appears in profile on the 25-cent note. Finally with 25-cent note of fractional currency, issued as part of the series of 1876 to stand in for coinage that had stopped circulating.

Pair of Confederate receipts issued by the Assistant Treasurer's Office and the Depository Office, acknowledging receipt of payments for registered bonds in accordance with an act passed February 17, 1864; one with docketing on verso.

Uncut sheet of four unfilled James Monroe Post Notes, issued in Cincinnati in denominations of one, two, three, and five dollars. Notes believed to have been printed for the banking house of J.H. Piatt & Co., ca 1810-815 and engraved by Murray, Draper, Fairman & Co., Philadelphia, Pennsylvania.

Provenance:Deaccessioned Property of the National Society of the Sons of the American Revolution