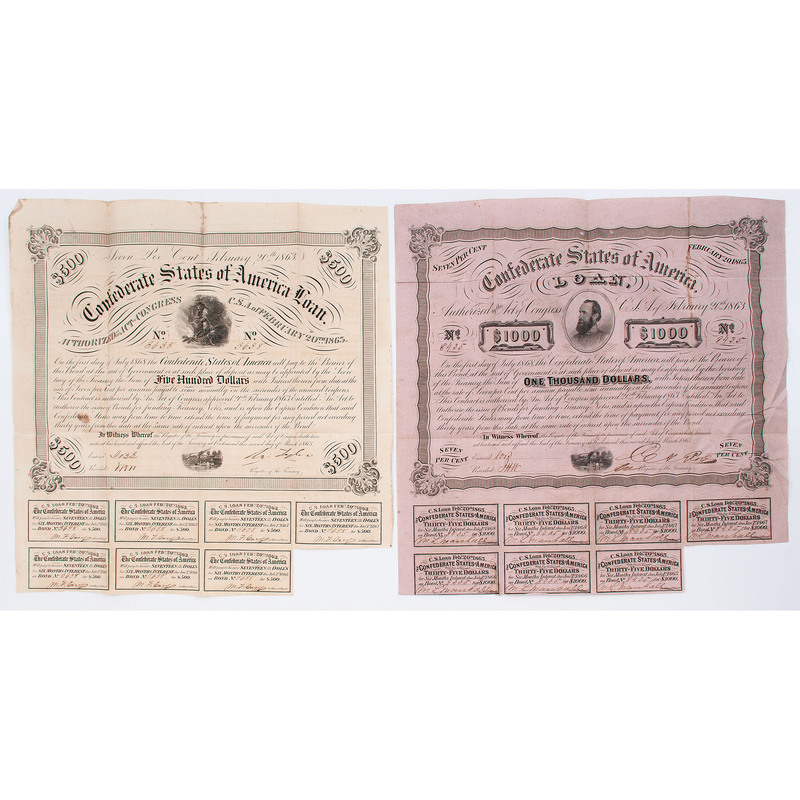 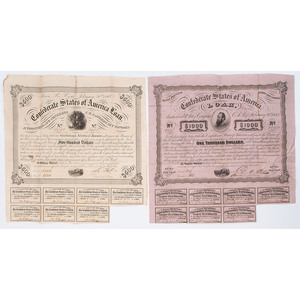 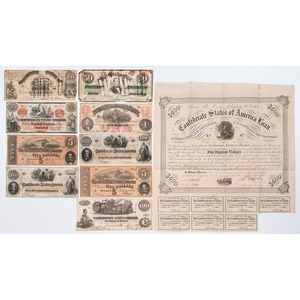 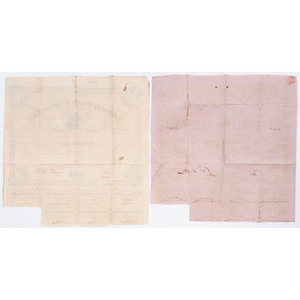 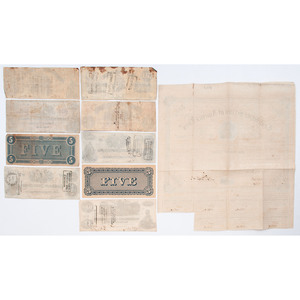 Some counterfeit bills were produced by the Union in an effort to destroy the economy of the Confederacy. Others were just criminals, like today. In this group there is a $50 bill with an image of Jefferson Davis; $20 with a sailing vessel; $20 with orange and black ink and the mythological female symbol of the South and symbols for agriculture and industry below; two $5 CSA with Virginia State Capitol.