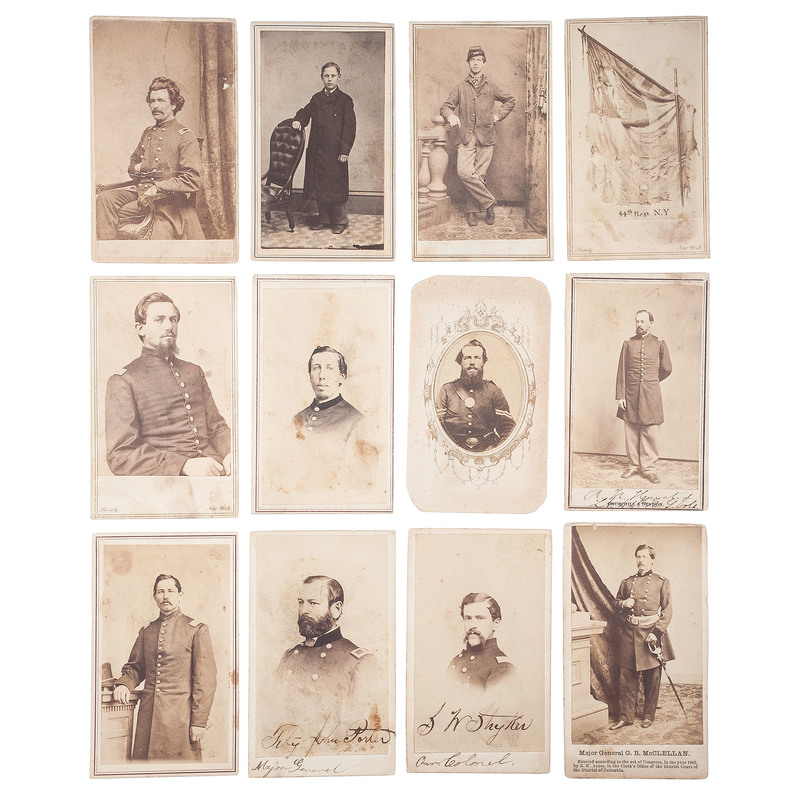 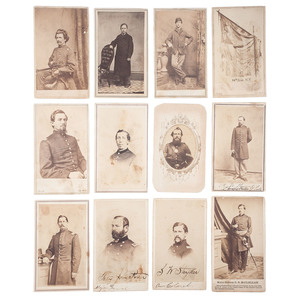 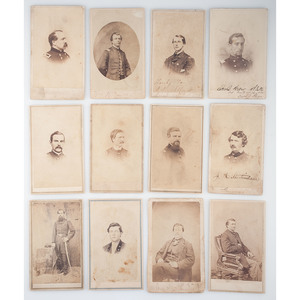 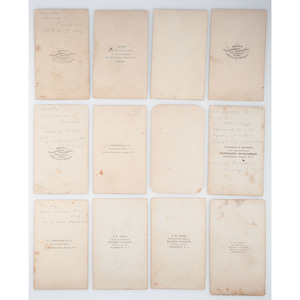 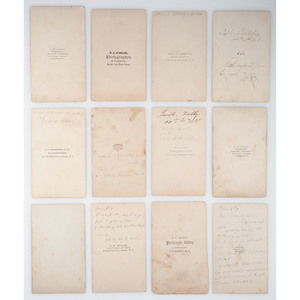 Collection of CDVs of the 44th New York Infantry, Plus

The 44th Regiment was planned as a memorial to Elmer Ellsworth, and was to have men from each town who where unmarried, under 30 years of age, less than 5 feet, 8 inches tall, and with military experience (many of these men served in 3-month units before this one). They were known as "Ellsworth's Avengers." Two companies from Albany Co., two from Erie Co., and one from Herkimer Co. plus scattered squads for elsewhere reported to Albany in response. The regiment joined the Army of the Potomac and participated in many of the bloody battles in Virginia and the adjacent region: Gaines' Mill, Hanover Court House, Seven Days', Malvern Hill, 2nd Manassas, Shepherdstown, Fredericksburg. It participated in Burnside's infamous "Mud March" before returning to winter quarters near Falmouth. In spring of 1863, it saw action at Chancellorsville, Gettysburg losing 111 in defense of Little Round Top, Bristoe Station, Rappannock Station, and Mine Run before wintering at Brandy Station. The regiment veteranized over the winter and in 1864 was involved in the Wilderness campaign, suffering major losses at Bethesda Church. It was then engaged in the first assault at Petersburg in June, then Weldon Railroad and Poplar Spring Church.  Losses in killed, wounded and missing totaled 730 of New York State's finest young men.

Most good. A couple with trimmed corners.