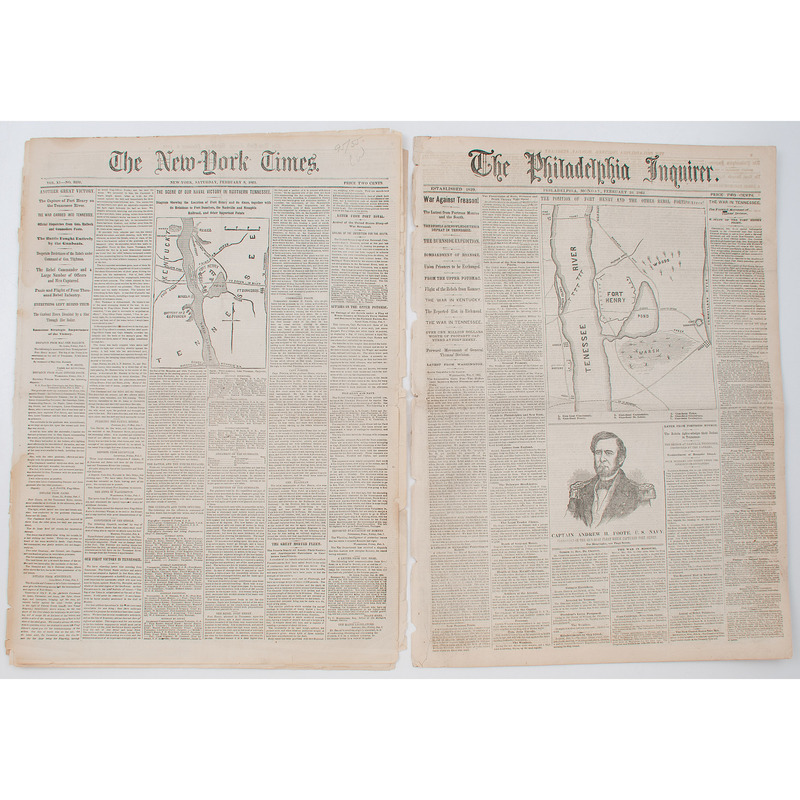 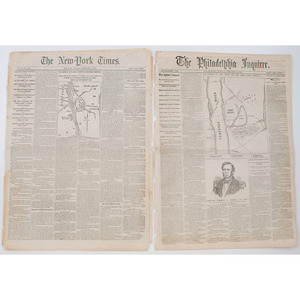 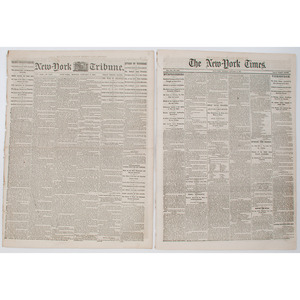 The Philadelphia Inquirer, Feb. 10, 1862, 8pp. Disbound. Front page has map of Fort Henry and the Tennessee River and a portrait of Captain Andrew Foote, US Navy, "Commander of the Gun-Boat Fleet which Captured Fort Henry." Plus Burnside's Expedition.

The New-York Times, Feb. 8, 1862, Vol. XI, No. 3239, 8pp. Disbound. Map very similar to that on the Philadelphia Inquirer of Fort Henry and the Tennessee River. This one extends a bit farther east to include Fort Donaldson. Most of the coverage is on the "First Victory in Tennessee" and the Naval fleet's role in the capture of Fort Henry. Burnside's Expedition is on p. 5.

The New York Times, Jan. 5, 1863, Vol. XII (12), No. 3520, 8pp. Disbound. Extensive coverage of the Monitor after she foundered at sea while being towed. Descriptions of Murfreesboro, Vicksburg, and Arkadelphia (AR), among other battles.

New-York Tribune, Jan. 5, 1863, Vol. XXII (22), No. 6787, 8pp. Disbound. Front page has extensive coverage of operations in Tennessee (Murfreesboro, Nashville), plus operations in Arkansas and Vicksburg. Plus articles on p. 4, and on the back page, General Grant's movements and the sinking of the Monitor.

All have been removed from bound volumes, which protected the paper over the years.